Reprimand to Neelu Vyas came two weeks after she filed a harassment charge against a senior Rajya Sabha official. 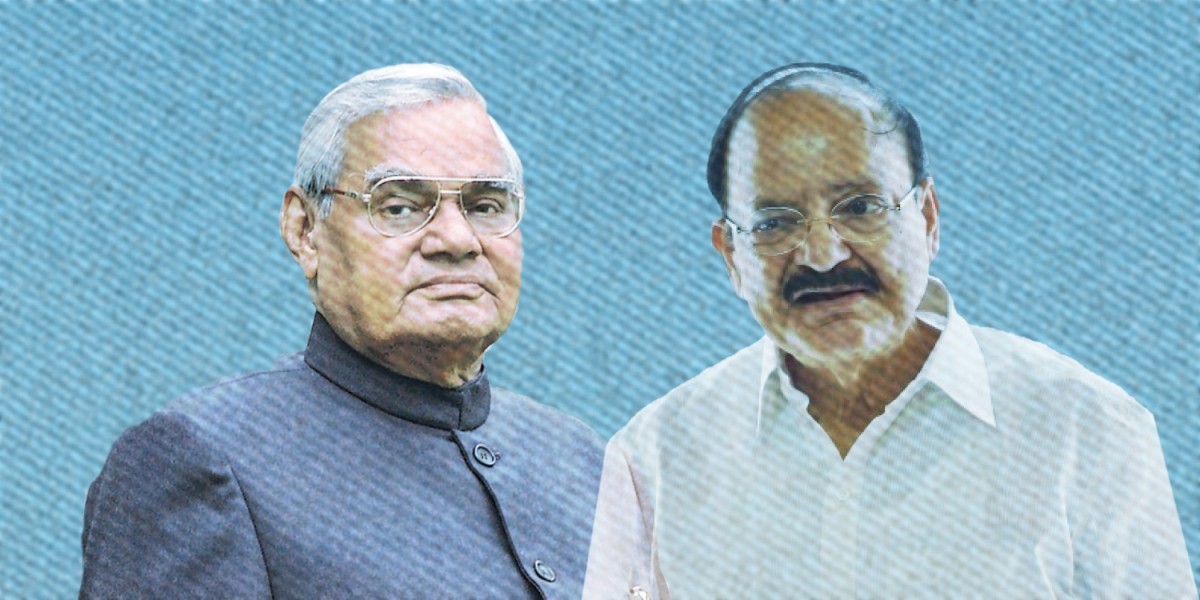 New Delhi: A question by a Rajya Sabha TV anchor to a studio guest about Atal Bihari Vajpayee’s 1942 undertaking that he would not participate in any anti-British movement so angered Vice President Venkaiah Naidu that the channel was forced to run an apology while the anchor herself was issued a reprimand and taken off air.

One month later, the anchor, Neelu Vyas, a veteran who is third in the channel’s hierarchy, remains benched. The relevant clip was also excised from RSTV’s YouTube channel so that it does not show up in internet searches.

If the action against Vyas is a reminder of the politically fraught circumstances under which journalists at the parliamentary channel have been working since Naidu became vice president, the fact that the unprecedented reprimand came barely two weeks after she had complained about a senior RS official repeatedly messaging her and interfering with her work and also making “sexually coloured remarks” has also made present and past employees see red.

The channel is “owned” by the upper house of parliament and answerable to Naidu but has an editor-in-chief and CEO who are responsible for its day-to-day functioning. Rajya Sabha secretariat officials are not meant to interfere in editorial matters.

In an office memorandum dated August 22, 2018, RSTV editor-in-chief Rahul Mahajan accused Neelu Vyas of having raised an “unsubstantiated allegation” against the former prime minister, who passed away on August 16. “At the time when Shri Atal Bihari Vajpayee was on his deathbed, out of context reference was made by you,” the memo states. “Because of your ungraded approach (sic) while anchoring on such an important issue, RSTV has faced embarrassment and had to apologies (sic).

Vyas was asked to submit an explanation within seven days. She was also told verbally that she would be taken off anchoring for two weeks. That period is still continuing. The discussion in question occurred on August 16. Vajpayee’s death was believed to be imminent and the national broadcaster, Doordarshan, had prematurely declared that he had indeed passed away. Virtually all news channels, including RSTV, devoted the bulk of their programming that day to discussions about Vajpayee’s life with guests and anchors going into the minutiae of his political career.

After discussing Vajpayee’s attitude to Indira Gandhi and Nehru, Neelu Vyas asked one of the studio guests, Vijay Trivedi, author of a 2016 biography of Vajpayee, Haar Nahi Maanoonga, about the 1942 incident. “How did he reconcile to the fact that I am not going to raise slogans (against the British) … because he was always known for his nationalistic fervour.”

Far from treating the question as an “unsubstantiated allegation” – as RSTV’s editor described it in his note reprimanding the anchor – Trivedi said the incident in which the young Vajpayee was arrested and had then signed on an undertaking to not oppose the British did indeed take place.

“You have to remember when this incident happened, Atalji was 17. I have researched this in detail. I have been to the place, Bateshwar, near Agra… where this incident took place. A small movement was going on, and he was also present… when the police caught him and all this happened, and a letter was written which he signed under the influence of some important person.”

Trivedi added that there was no question of Vajpayee reconciling what happened then with his later life. “He never denied it, or confirmed it, or spoke about it but this does not mean anyone can question his nationalist character”.

The studio discussion then carried on over into aspects of Vajpayee’s life and nothing more was said about the 1942 issue on air or off until four days later when a Hindi language website ran a story on how the anchor’s question had upset the BJP and RSS.

Soon after, A.A. Rao, an additional secretary in the Rajya Sabha secretariat and a bureaucrat considered close to Vice President Naidu demanded that the channel take action.

According to RS secretariat sources, Naidu ordered the channel issue an apology when the matter was brought to his notice. It was soon after this that Mahajan issued his memo demanding an explanation from Neelu Vyas.

The channel also ran a ticker during its programming on August 22 apologising for the question the anchor had asked:

“During a live discussion on the life and contributions of former prime minister of India Shri Atal Bihari Vajpayee on August 22, a senior RSTV anchor made some out of the context and factually inaccurate references to Shri Vajpayee. RSTV sincerely regrets the same and apologises for it.”

Mahajan and Vyas both declined to comment on the apology but A.A. Rao confirmed to The Wire that he had communicated his objections to RSTV’s editor-in-chief. Asked what was factually inaccurate about the anchor’s question, Rao said the context was everything, suggesting that it was inappropriate to have raised the issue that day when Vajpayee was on his death bed.

The Wire has learned that in her reply to the editor-in-chief’s memo, Neelu Vyas noted that her intention in asking Trivedi the question was to show “how a tall leader also had to face moments like these but he came out victoriously… By the question I asked to the panelists on August 16, the public was reminded of … [how Vajpayee] overcame all hurdles including the, forced upon, undertaking taken from him by the Britishers. By this the charisma of our late prime minister was enhanced…”

Present and former RSTV employees question the role played by A.A. Rao in escalating the issue within the channel given the fact that Neelu Vyas had filed a complaint on August 8, accusing Rao of harassment and interference, and of making a “sexually coloured” remark. The Rajya Sabha secretariat’s secretary, P.P.K. Ramacharyulu, told The Wire that the complaint was being handled “as per procedure” but declined to confirm whether it had been referred to the secretariat’s internal complaints committee.

“It is highly unfortunate that the high offices of Vice President of India and Rajya Sabha Chairman are failing to discharge their duties as established by law and practice in providing justice in cases of harassment of women,” Vyas has written in a letter to Naidu, sources in the Rajya Sabha secretariat told The Wire. “It was never easy for me to gather courage to protest and lodge a formal complaint against a senior officer, who openly flaunts his proximity to you, and stand up to fight for my rights. But the subsequent course of events now suggest that our system is reacting in a manner that is vindictive and conspiratorial against a victim of harassment… I seek justice and I wish to submit that if justice is denied to me, I will be compelled to approach National Commission for Women and/or honourable courts of justice.”