The police action is in response to FIRs registered over a 'misleading' video featuring Rahul Gandhi that Ranjan's channel had aired and apologised for. 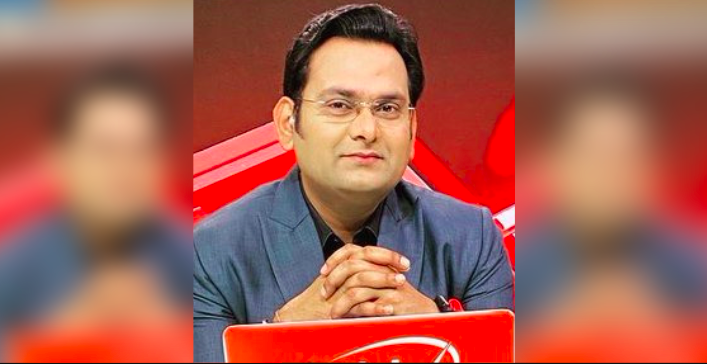 Rohit Ranjan, an anchor at a Zee channel. Photo: Twitter

New Delhi: Television anchor Rohit Ranjan was detained by Uttar Pradesh Police on July 5, Tuesday, hours after Chhattisgarh Police arrived at his house in Uttar Pradesh to arrest him over an allegedly misleading video featuring Rahul Gandhi that Ranjan’s channel had aired and apologised for.

NDTV has reported that Chhattisgarh Police arrived at Ranjan’s house at 5.30 am. Ranjan tweeted tagging Uttar Pradesh Police officials and chief minister Adityanath, alleging that local police had not been informed.

To this, Chhattisgarh police replied that it was not required to inform local police, and asked Ranjan to cooperate.

There is no such rule to inform. Still, now they are informed. Police team has shown you court’s warrant of arrest. You should in fact cooperate, join in investigation and put your defence in court.

However, Ghaziabad Police is understood to have arrived at his house and taken him into custody, thus preventing his arrest by Chhattisgarh Police.

A case was registered against Ranjan and others of the Zee News on Sunday, July 3, for allegedly promoting enmity between different groups and outraging religious feelings of people based on the complaint of Congress MLA Devendra Yadav, Raipur Senior Superintendent of Police Prashant Agrawal told news agency PTI.

A team was constituted to investigate the case and it was sent to Ghaziabad to arrest the accused, he said.

“Complying with the due process of law, the Raipur police team reached the residence of the accused in Ghaziabad this morning for execution of the warrant issued by the competent court in the case. After taking the accused into custody, the team was completing the procedure of arrest. Meanwhile, the local police (Uttar Pradesh police) forcefully took the accused along with them and obstructed the procedure despite the Raipur police showing the warrant” Agrawal said.

Ranjan’s show had aired a statement of Congress leader Rahul Gandhi on the SFI violence on his Wayanad office. The video allegedly made it seem like Gandhi amde a comment on the murder of tailor Kanhaiya Lal in Udaipur.

The channel issued an apology, with Ranjan saying, “Yesterday, in our show DNA, Rahul Gandhi’s statement was taken in the wrong context by linking it to the Udaipur incident, it was a human error for which our team apologises.”

Among those who criticised the report was Rajasthan chief minister Ashok Gehlot.

“Gandhi had said that the children who did this (vandalised his office in Wayanad) they’ve acted in an irresponsible way. They are kids, forgive them. But the TV channel and the anchor ran that Rahul Gandhi was saying those who killed Kanhaiya Lal in Udaipur were kids and should be forgiven,” Gehlot had said.