For journalism students, Fisk was an obvious if intimidating role model. Of course, among journalists, some of the esteem for Fisk came through gritted teeth.

When word got out last weekend that the veteran British journalist Robert Fisk had died in a Dublin hospital, one of the strongest expressions of sympathy came from the president of Ireland, Michael D. Higgins.

I knew that his taking of Irish citizenship meant a great deal to him, and his influence on young practitioners in journalism and political writing was attested by the huge audiences which attended the occasions on which he spoke in Ireland. Generations, not only of Irish people but all over the world, relied on him for a critical and informed view of what was taking place in the conflict zones of the world and, even more important, the influences that were perhaps the source of the conflict.

Michael D. (as this popular president is invariably called in Ireland), who himself rose to fame as an excoriating critic of US imperialism, was always bound to emphasize Fisk’s Irish connection. But this was not some opportunistic “one of our own” blather: Fisk’s influence in Ireland was profound.

The other side of the story

As I reflect on that influence, my mind returns to September 11, 2001. That afternoon in Ireland, the grief and immersion in the suffering of New York City was palpable. (Boston and New York are both occasionally – and sometimes competitively – referred to as “the next parish over”). Irish Times journalist Conor O’Clery spent part of that day reporting live on RTÉ, the Irish national radio station, from his Battery Park City apartment, with a view of the towers.As a transplanted New Yorker in Dublin, I was asked to appear on an evening drive time show, to share my sadness but also, I promised myself, to tell some hard truths about what lay behind the attacks.

I had to join the queue. On air, the conversation was sad, but also informed and penetrating. Off air, the host and guests talked of the “chickens coming home to roost.” By the next morning, the same phrase was being used on RTÉ with the microphones on. Here in the Republic of Ireland, where for decades it had been virtually illegal to broadcast explanations and excuses for the IRA, people were on air explaining, if not excusing, Al Qaeda.

Robert Fisk’s voice was everywhere, and his ideas were vital in both creating and meeting that Irish urge for explanation. Ireland’s colonial and anti-imperial history, its political sophistication, and its strong Palestinian solidarity movement are significant factors in the opening of a discursive space that is unusual in the English-speaking world. So it would be wrong to exaggerate Fisk’s individual role – but it would also be blinkered to ignore it.When liberal-centrist writer Kathy Sheridan of the Irish Times emerged on September 15 to complain that it was “too soon” for the “other side of the story” that had been ubiquitous in Irish media all week, she felt compelled to concede a list of imperial sins that could have been ripped straight from Fisk’s dispatches:

…the million Iraqi children dead from US-led sanctions; the third of the Palestinian population of Gaza and the West Bank which survives on £1 a day, cheek by jowl with a US-subsidized, first-world Israel; the Afghans condemned, not only to the barbarous rule of the Taliban (who began life as the well-funded pets of the US), but also to be the victims of other mass-murderous US hunts for Osama bin Laden; the swaggering, ignorant disdain with which a neophyte US president has been trashing international treaties…

Yes, that passage is not Fisk himself but rather an incredible imitation, coming from a reliable pillar of the Irish establishment — a tribute to his influence. 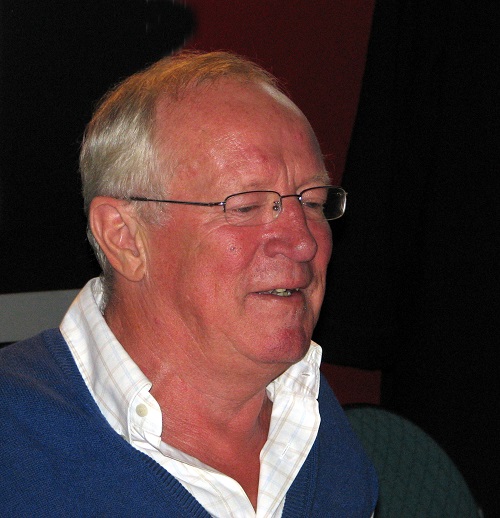 It’s not every posh-sounding English accent that emerges as such a trusted and quotable voice across the political and media spectrum in Ireland. But Fisk had earned the respect that made him the explanatory mainstay in Ireland on 9/11 and beyond. As a young journalist, he covered the Troubles in Northern Ireland for the London Times, then did a PhD at Trinity College Dublin about Irish neutrality during World War II, later turned into a good book, In Time Of War.But it was in Lebanon during the 1980s, when he served as a correspondent while thousands of Irish soldiers served as UN peacekeepers, that the popular bond with an Irish audience was forged. His reporting of the massacre at Sabra and the Shatila refugee camps in 1982 was the most memorable moment, but Fisk was in it for the long haul.Irish Army colonel E.D. Doyle wrote in January 1991 that Fisk “was the best touchstone” for understanding the military situation in the Gulf War, partly because Irish soldiers knew he was solid: “We used to say [in Lebanon] that when Fisk criticised us in a UN operation we should examine our performance.”

By that time, Fisk worked for the London Independent. The Irish Times subscribed to the Independent’s wire service, and Fisk’s stories often featured more prominently in the Dublin newspaper than in the London one. In April 1991, Noam Chomsky told an audience at Harvard’s Kennedy School of Government that the Irish Times had the best coverage of the Gulf War of any newspaper in the English-speaking world.That quality was by no means all about Fisk: Maggie O’Kane contributed brilliant coverage from Baghdad and Michael Jansen in Cyprus used her contacts across the Middle East to illuminate the crisis. But Fisk’s unmistakable, bespectacled picture-byline, accompanying reporting and analysis mostly from Saudi Arabia, was a large part of the package.

Five years later, when Israel shelled civilians sheltering at a UN compound near Qana in southern Lebanon, the phones lit up on Ireland’s main radio phone-in show, and Fisk was, again, the “touchstone.” As I wrote in the Irish Times at the time, many callers

…were citing Robert Fisk’s brilliant, heartbreaking reporting. Fisk could not only be read most days last week in this newspaper, he was on the radio around the clock . . . unafraid to provide context, history lessons, straight good sense about proportionality and eyewitness evidence that contradicted official versions of events … a Fisk strength is the ability to move from the big picture — strategy, geopolitics — to the small — a woman carrying the body of her father.

A friend who produced TV and radio shows over those decades recalled this week how readily Fisk would go out of his way to appear in Irish media, where even conservative presenters mostly deferred to “Bob.” His influence was evident when, in February 2003, Dublin hosted one of the world’s largest demonstrations, per capita, against the impending Iraq war.

Fisk was, even then, controversial: in the early 2000s, the right-wing columnists in Ireland’s Sunday Independent (then owned by the same company as his home paper in London) made him something of a target. But he seemed to like arguments and tended to swat opponents away with authoritative ease.

On one occasion in 2010, I was the moderator at a debate about the media and the Middle East where Fisk was the major draw for a paying audience. Backstage before the event, Fisk mischievously asked me and others whether a particular opponent had ever been to Israel/Palestine. When we replied that to the best of our knowledge, the man had not, Fisk prepared the inevitable and entertaining ambush: “I assume you’ve been to the Middle East … no?!”

Over the years, Fisk’s public appearances in Ireland, for those “huge audiences” to which Michael D. referred, were generally at such widely marketed events – book festivals, summer schools, prestigious campus debates – rather than events within anti-war circles or the Left. His door-stopping books, Pity the Nation and The Great War for Civilisation, still turn up in the most surprising Irish households – homes that carry no other hallmarks of left-wing tendencies. Popular understanding here of the sins of empire rests heavily on his shoulders.

Until a decade ago – and probably to this day for that majority of people who have not been caught up in arguments over the Syrian civil war – a reference to something said or written by Robert Fisk would be enough to settle a debate in Ireland, insofar as such a thing can ever be said to be settled. For my journalism students in the early days of the Afghan and Iraq wars, Fisk was an obvious if intimidating role model. For their family members, he was likely to be the name that came to mind: “Ah you’re studying journalism – Robert Fisk!” When a relation of one recent graduate encountered Fisk at an Italian literary festival in 2007, the result was a signed festival program brought home as a gift and bearing a command from the Great Man: “Monitor the centres of power!”

Of course, among journalists, here as elsewhere, some of the esteem for Fisk came through gritted teeth. He could be contemptuous of other reporters and was the scourge of those war correspondents who were “embedded” during US wars. There was some schadenfreude when, travelling without military protection in December 2001, he was assaulted by Afghan refugees in Pakistan.

He had learned his mistrust of the military – and of the reporters who get too close to it – the hard way, here in Ireland. When, in 2010, the Saville Inquiry published its long-awaited findings on Derry’s Bloody Sunday massacre, nearly four decades after the event, Fisk put his own profession in the firing line:

Fisk, self-evidently, cared about Ireland. His own historical “touchstone” was the settlement of empires after World War I: in his telling, the world of war that he covered across Eurasia for nearly fifty years was the rotten fruit of that bloody soil, stretching from Ireland in the northwest to Iraq in the southeast. He was scathing about “peace processes” that attempted to pave over unjust history.

In his mostly warm-hearted recollections of the late John Hume in August this year, Fisk recalled scolding the Irish politician, over dinner in Derry two decades ago, for glib efforts to translate “peace-making” from Northern Ireland to Israel/Palestine: “The nearest Irish approximation to the Israeli-Arab struggle, I suggested, would be an attempt to mediate an end to violence after the 17th century dispossession of the Catholics.”

It is difficult to imagine a more “Fisky” passage, in its stentorian tone, its historical reach, its political acuity, its intellectual confidence, its personal cockiness — the shine was still on Hume’s Nobel Peace Prize, after all, as Fisk lectured him about making peace — and yet also its context of affection and conviviality. In Ireland as elsewhere, such moments will be missed.

Harry Browne lectures in media at Technological University Dublin. His books include Hammered by the Irish and The Frontman.