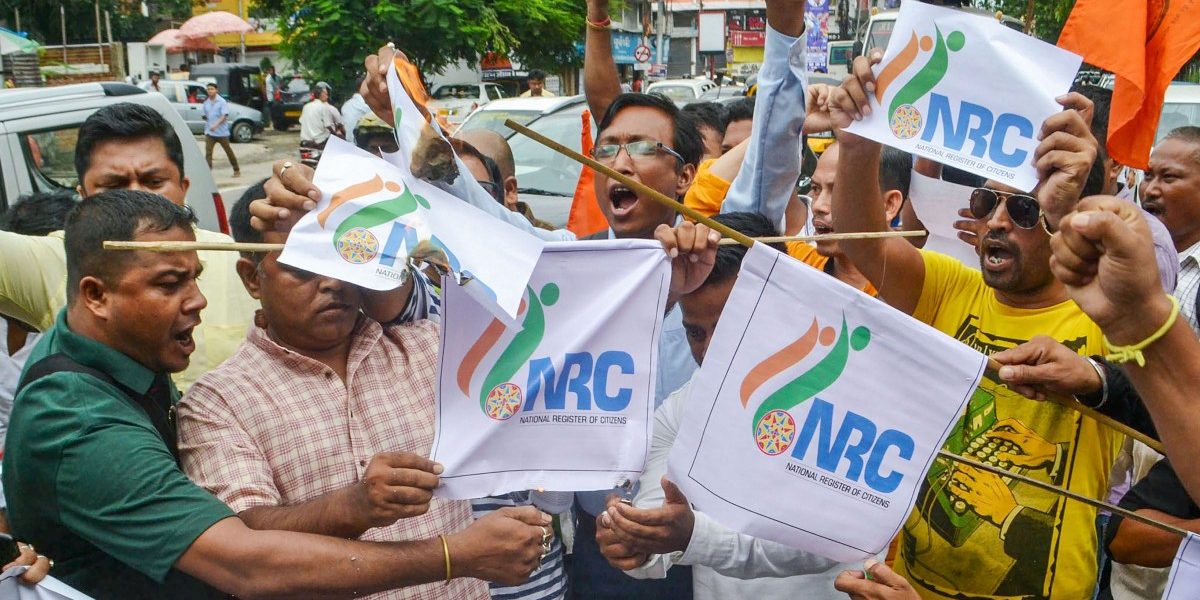 New Delhi: As everything continued to be “normal” in Kashmir for most right-leaning websites and TV channels despite 30 whole days of restrictions, aided with the occasional rebuke of “it’s only for their good”, the state of the economy finally became centre stage for all of two days when it was made public that India’s GDP grew at 5% in the June 2019 quarter – the slowest growth in six years – and when Manmohan Singh spoke out about the state of the economy.

Calling the situation “deeply worrying”, the former prime minister blamed “all-round mismanagement” by the Narendra Modi government for the economic mess India finds itself in today.

Singh’s opinion did not sit well with Sumeet Mehta, a chartered accountant who took to The Frustrated Indian aka rightlog.in, to advise the senior Congress leader to not speak about the economy “with half-baked and flawed information”.

The article, which has several thousand views, asks Singh to introspect “about whether he really did a good job or only paid media peddled manipulated news to position him in a positive manner”.

The accountant then pushes forward with roundabout points on how it is “the Congress which is to blame for many of the problems that we are facing”, while lashing out at “Sonia Gandhi and her unconstitutional leftist kitchen cabinet called NAC” and calling Manmohan Singh a “mute spectator and remote control driven puppet”. Not once does he lay any wrongdoing on the part of the Narendra Modi government, which has been in power since 2014.

The focus on India’s economy was derailed by the much-awaited release of final list of the National Register of Citizens in Assam, which excluded names of over 19 lakh applicants from the 3.30 crore who had applied.

The NRC, a Rs 1,600 crore exercise undertaken taken by the Modi government in Assam to weed out ‘foreigners’ – or “termites” as Amit Shah had put it in September 2018 – wasn’t quite met with cheers. Criticism poured in from the right about how many “genuine citizens”, particularly Bengali Hindus, the BJP’s voter base, had been were excluded from the list while several ‘foreigners’ had been included.

Among those who expressed their dismay over the outcome of the mammoth exercise that has affected countless lives, Assam finance and health minister Himanta Biswa Sarma had said: “When so many genuine Indians are out, then how can you claim that this document is a red-letter for the Assamese society.”

“This NRC won’t help us get rid of foreigners,” the BJP minister acknowledged.

In an article published on Organiser, the mouthpiece of the Rashtriya Swayamsevak Sangh, Ratan Sharda lashes out at “self-proclaimed left and secular parties” for “changing their stance” post the release of the list.

“The left liberal media intellectuals are crying buckets about human beings rendered stateless. Some have made it into a communal issue, targeting a ‘particular’ community.”

What “disturbs, nay, shocks” Sharda is the “sheer duplicity of the self-proclaimed liberals”.

“People fighting against Article 370 and Article 35A have been pointing out sheer inhumanity of these provisions in the constitution that have deprived hundreds of thousands citizens, who by all means are Indian citizens since last 70 years of their basic human rights,” he writes, before referring to an article he wrote “that went wildly viral” which was about “suffering citizens of India in India”.

The link provided to the above article was broken, but he mentions how “to keep the issue clear, I had kept the tragedy of Kashmiri Hindus out of it”.

“It is very painful that same set of liberals who had sewn their lips on this subject in Jammu and Kashmir, today are talking of 1.9 million of people who are not being thrown out of the system and solutions are yet to be found. Thus, we are trying to compile data that will tell us how many of the people in Assam are Indian citizens and how many are aliens.”

“Breaking India forces have not given up. They are deeply entrenched in the system with close incestuous networks. Let us not take a short term view of this serious issue and keep working hard for cleaning the polity of such influences,” he ends.

At Swarajya magazine, Jaideep Mazumdar wrote several stories on the “sabotage” of the NRC and how the final list “told a sordid and shameful tale of a conspiracy to “legitimise the unwelcome presence (in Assam) of millions of illegal Muslim infiltrators from Bangladesh”.

“The exercise, devised by the Congress government in 1986, appears to have been designed such that the Bangladeshi infiltrator obtains legitimacy while the native Assamese is left rudderless,” Mazumdar writes.

“One lakh of the excluded are Gorkhas and another one lakh are Assamese Hindus or indigenous people of the state. Less than 6 lakh Muslims have been excluded from the final NRC.

But it is common knowledge that most of the Bangladeshi infiltrators into Assam are Muslims. So how is it that most of those excluded from the final NRC are Hindus?”

After writing a bit on how “Muslim groups are thrilled” with the final list and for the “myth of the legal migrant” being “busted”, he suggests that the Congress deliberately left “loopholes”.

“It must be remembered here that successive Congress regimes in Assam deliberately encouraged infiltration of Muslims from Bangladesh into Assam and used them as vote-banks to cling on to power in the state for decades.

It must also be remembered that it was because of the Congress’ vote bank politics and the political protection it accorded to illegal Muslim immigrants from Bangladesh that the latter could easily get Indian documents like ration cards, voter ID cards and passports to lay claim to Indian citizenship.

Organiser on September 2 published an article that boldly makes the claim that the “Fit India Campaign will make India a happy economy”.

The author, Sudhansu R. Das, heaps praises on Modi of having accomplished the “unbelievable human feat” of participating in “425 rallies between September 2013 and May 10, 2014”.

“His discipline, dietary habit, regular yoga and physical exercise has kept him fit and strong for nation-building. Prime Minister Modi has inspired millions of Indians to practice Yoga and Suryanamaskar in order to make India happy and strong,” Das writes emphatically.

The launch of the campaign has come at “an opportune moment, Das says, since India is “home to the world’s largest number of diabetic patients mainly due to the growth of sedentary jobs”.

“Fit India campaign will reverse the trend and bring people to the playground again. There are income generating jobs in every sector. If people remain fit they can work in their fruit orchard, agriculture farms, go for fishing, do gardening and pursue their hobbies and research activities.”