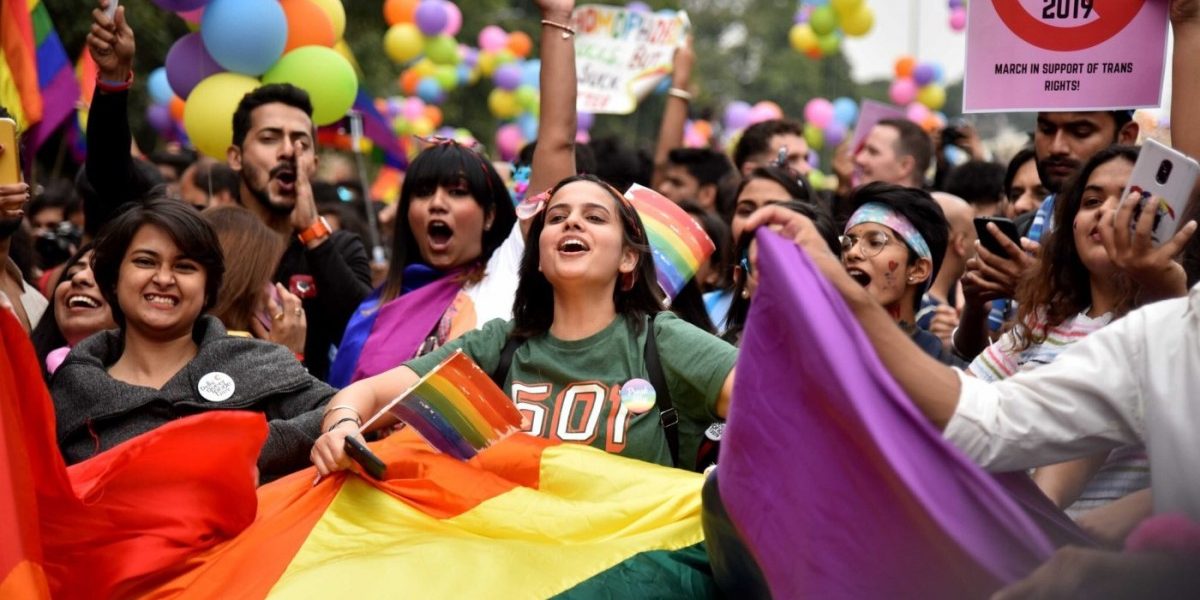 New Delhi: Political drama took centerstage this whole past week – as it usually does under the BJP regime – with headlines on rising prices, various industrial sectors staring into “an abyss” and other such news of economic doom being forced to slide into oblivion.

Maharashtra even dimmed the furore surrounding recent revelations made about electoral bonds, but that’s probably a desired output for our dear leaders – you won’t find them complaining.

So on Saturday morning, after BJP’s Devendra Fadnavis was ‘sworn in’ as the state chief minister – even though the night before it had been Uddhav Thackeray who had been poised to sit in the chair after lengthy negotiations between the Shiv Sena, Nationalist Congress Party and Congress – leading to warranted criticism on BJP’s underhanded tactics, rightwing media sites were forced to laud this style of electoral politics.

One such defence arose from Swarajya magazine’s Shwetank, who declares in his headline: “BJP outsmarting and outplaying opponents who wanted to betray public mandate is not ‘immoral politics’.”

Shwetank claims he was truly baffled when those who “were excited at the possibility of an outright immoral alliance of Sena, NCP, and Congress” decided to question the formation of the BJP government on “moral” grounds – never mind the illegality with which the step was undertaken.

These, he says, are the “very same people who celebrated every such move of Congress when it murdered democracy at the drop of a hat”.

To prove his point, he sojourns down “memory lane” to pull up two examples: Gujarat in 1995, when the Congress came to power after Shankarsinh Vaghela led a revolt within the BJP to become CM for a short time, and Jharkhand in 2005 when the governor invited Shibu Soren of JMM to form the government.

To paraphrase, he essentially says that it’s a-okay for BJP to indulge in dirty politics since there are precedents.

Coming to Maharashtra, he writes:

“Shiv Sena claimed that there was a private, closed-door agreement on the 50-50 without a shred of evidence to back it. Even if such an agreement existed and was not spoken during election rallies, it was deliberate cheating.

If people knew such an agreement existed, they might have voted accordingly. BJP voters who voted for Sena would understand that they are voting for a Shiv Sena CM for half the term and vice-versa.”

He dives into a quick lecture on morality and absurdity that this writer was unable to decipher:

“Morality, in a nutshell, is a combination of two factors: fundamental norms of behaviour of being ‘in good taste’ and external sanctions of the society. Those moral values are superficial that do not aim for the greater good of the society and strives for sacrifice, robbing people of all motivation. Morality in politics is even more absurd a concept.”

As it would only be apt to wrap up such an article by heaping praise on the BJP, Shwetank writes:

“It is utterly hypocritical to blame the BJP for “not playing fair” when the game itself is rigged. The BJP is well within its moral, political, and legal rights to form the government if it can prove the numbers on the floor of the assembly.”

A letter to India’s LGBTQIA+ community

This Sunday saw thousands of people attend the 12th Pride Parade in Delhi, where a large chunk of the participants was dressed in black as a mark of protest against the rising number of atrocities under the BJP regime and the fundamental changes being made to India’s democracy.

From the National Register of Citizens to the woefully-worded Transgender Persons (Protection of Rights) Bill, 2019 (which was passed on Tuesday) to Kashmir and Jawaharlal Nehru University’s fight over hiked fees – it was all on the agenda.

This did not sit well with the writers at OpIndia, which brought out a particularly distasteful piece. In it, K. Bhattacharjee writes about how it’s time that the LGBTQIA+ community drop slogans of ‘azadi‘ and to instead start chanting “Jai Shri Ram“.

“LGBT Pride Parades have become just another occasion for the overt display of hatred against Hindutva and a mockery of the religious faith of the billion Hindus who call India their motherland. It is the same story over and over again where the participants at such rallies appear more concerned with Hindutva than they are about the welfare of their own people.

As I watched the images and videos from the Delhi Pride Parade, one thing that struck me as most obvious was how stupid it was for them to paint themselves as the enemies of Hindutva. Making this a political battle was the most stupid decision any homosexual could ever make and yet, here we are.”

Continuing with his derogatory tone towards the LGBTQIA+ community, he says a “reality check” is desperately required – after all, wasn’t “homosexuality was decriminalised during Narendra Modi’s reign as prime minister”?

Here, he takes great pleasure in pointing out that so-called secular parties “just paid lip service to their concerns” so they could use them as a “vote bank”. He then moves on to why the community is “in no position to fight a political battle” because “our country is not the West”:

“The LGBT community is in no position at all to fight a political battle. And this is because there is no real constituency for their concerns in India. Our country is not the West, Indians do not want to emulate Western Culture. Therefore, people from LGBT communities should stop expecting India to suddenly turn into the West one fine day. It will never happen.”

Then, in an effort to prove that “Hindutva is not an enemy of the LGBT community” – with a thinly veiled warning et all – he writes:

“Hindutvavadis have enough concerns of their own. Article 370 has been abrogated, the Supreme Court has paved the way for a Bhavya Ram Mandir at Ayodhya, the Citizenship Amendment Bill is around the corner, the NRC remains a topmost priority. Therefore, although some political demands have been met, there’s a long way to go. Under such circumstances, if a particular group of individuals paints itself as an enemy of Hindutva, it will receive a political response. And it’s natural for it to be that way… given the fact that Hindutva is overwhelmingly the dominant ideology in the country at the moment, the LGBT community will never gain anything by making Hindutva an enemy.

He magnanimously explains the difference between “dislike” and “hatred”, and seemingly says that dislike is better than outright hatred – never mind “acceptance”.

Here’s the example the writer thought fit to provide:

“For instance, Subramanian Swamy, who has the most extreme view on the matter, says that homosexuality is a genetic disorder but even he won’t throw homosexuals off rooftops neither would he advocate for the stoning of homosexuals or issue a fatwa.”

Bhattacharjee then asks the LGBT community to not indulge in what he brands “ridiculous fantasies”.

“For instance, slogans such as ‘Hum lad ke lenge azadi’ and ‘Tum police bula lo’ may sound good and feel good but these are not practical. They can’t really go through with ‘lad ke lengey azadi’. Even the jihadists in Kashmir lived under that delusion and what did they get? The abrogation of Article 370 and they could do nothing about it…”

Particularly affronted about a poster that equates Modi with some male anatomy, he reminds the community, with a customary Nehru jibe threaded in, that:

“Narendra Modi, like it or not, is the most powerful Indian politician since Indira Gandhi at the moment. And by the time he is done, he will in all probability achieve an even higher stature than Jawaharlal Nehru in the history of India.

Thus, the LGBT community cannot defeat him, people with much greater resources have tried and failed. And crass remarks against Bharat Mata is the worst mistake they could make.”

Advocating an “alternative strategy”, one that would very rightfully make the blood of anyone from the community boil, he writes:

“The LGBT community would do well to abandon their weird sense of fashion that nobody apart from their coterie is fond of. A hairy man dressed in a bra in public view does not inspire great confidence. If you are just like anyone else, then your behaviour should speak for yourself. Therefore, during pride parades, it is not too much to expect that the participants should adhere to conventional norms of decency.

After all that, the LGBT Community should consider adopting a few new slogans. ‘Jai Shri Ram’ and ‘Bharat Mata Ki Jai’ would go a long way in building a sense of trust between the most dominant political ideology of our times and the LGBT community. They could do well by making the abolition of sectarian schemes and laws in favour of the minority communities a central focus of their pride parades. Homosexuals stand to gain a lot more by aligning themselves in favour of Hindutva than against.”