Of Media Trials and Witch Hunts: A Testimony of Survival

Nineteen years ago, I faced a version of what Rhea Chakraborty is facing today. 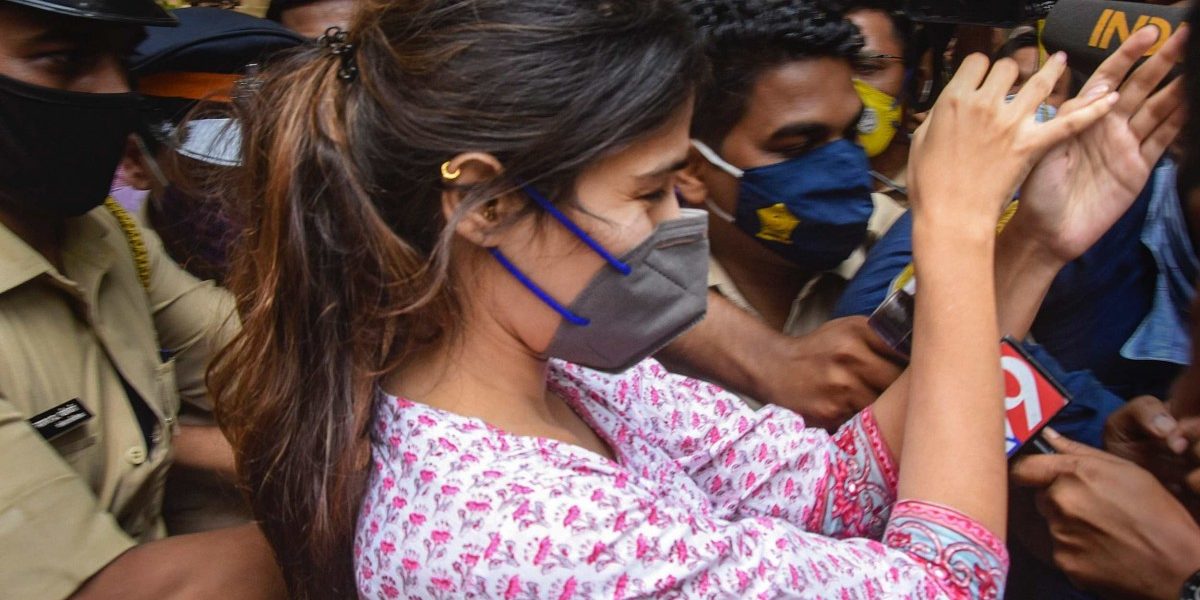 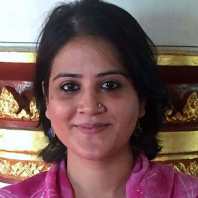 I had just turned 20 when I went through what scores of women in our country are going through every day, relentlessly. But it took the media trial of Rhea Chakraborty, someone who I had never heard of (in fact I did not know who Sushant Singh Rajput was either), to make my fortress crumble. A fortress I have painstakingly built around myself, day by day, for the last 19 years.

In 1998, on a whim, I entered and won a small time beauty pageant in Kolkata. In six months’ time, I participated in and lost a national pageant and within a few months my modelling career – which had never really taken off – came to a grinding halt. I did not enjoy the glamour world and the selection exams of my Class XII boards were around the corner; a perfect excuse to quit.

Soon I was a regular college-going young woman, hanging out with friends, attending film festivals and, once in a while, when we had some money, hanging out at a local pub to drink beer and listen to rock bands. In 2001, I came home one evening to know my family, including the domestic worker, had been picked up by the police and our house searched. I immediately went to the local thana; we were escorted to the CID headquarters, questioned individually by the investigating officer regarding the kidnapping of the MD of Khadim (whose ransom money allegedly went into funding 9/11) and, in a few hours, let off. We came home at 3 am. We thought it was a case of mistaken identity. We thought it was over.

But it turned out to be the beginning. City-based local newspapers (no, tabloids) screamed headlines about us (my mother and I) being suspects, which soon turned into a free-for-all accusations of us being ‘prostitutes’ and running ‘sex rackets’. The fact that I was once a model supposedly gave weight to all these accusations. My pictures, pulled out from my modelling days, were printed on front pages. It is noteworthy that none of the bigger city-based newspaper houses like Ananda Bazaar Patrika, Telegraph, Bartamaan or Statesman carried any of these titillating stories; all except one, which some jokingly refer to as the ‘Toilet Paper of India’ (hardly surprising). This media trial went to such an extent that the CID inspector general Partha Bhattacharjee was compelled to give a statement in a press conference clarifying that I had nothing to do with the case.

We were told someone had sent anonymous letters to them that we (my mother and I) were involved in hiding the MD of Khadim in our house. My mother, a divorcee and a successful entrepreneur, was locked in various litigations with my biological father, from disputed property (the house we lived in) to various cases he kept filing in a bid to harass her. I later found out that my paternal grandmother and father went to the local councillor with ‘evidence’ of us being questioned to ask whether ‘immoral’ women like us should be ‘allowed’ to continue to live in respectable neighbourhood and whether we should be ‘mobbed’ out. Let me add here, we were no docile women. My mother was openly living in with her partner (her now husband) and I was known for my ‘bold’ ways, which was wearing ‘inappropriate’ clothes, smoking cigarettes and hanging out with neighbourhood boys.

What followed was a nightmare: blank calls on our landline at all odd hours (mobile phones were uncommon), people gossiped and slandered us, a friend’s mother photocopied one of the news clippings and distributed it amongst the neighbours, a ‘best friend’ from school spread the word that I probably tried to supplement my pocket money with sex work (the fact that we were close in our school days and the fact that she hailed from a ‘well-known’ family in Calcutta gave her words credibility), and many more, that I do not care to count. We filed defamation cases against all the newspaper and the rounds of court houses continued for nine years.

But I survived because there was no social media, no Republic TV and the likes. In fact not a single TV channel as much as mentioned me. I survived because there was no memes being shared, no anchor screaming my name, no social network, vile hashtags and WhatsApp forwards. I survived because I was already turning feminist; I had devoured The Second Sex in my first year of college (and did not understand much) but was intellectually able to frame the assault as a manifestation of misogyny and an instance of patriarchal disciplining – from the family to the state.

I did not run. We continued to live in the same house for the next ten years, my mother remarried, I went to Mumbai to do a MA but came back to Kolkata to enrol in a PhD programme in a state university, and then taught at the women’s studies centre for more than five years. But I never stopped looking over my shoulders. Even today, I hear whispers. A new introduction is sometimes followed by a knowing look, a quizzical glance – is she the same girl? Is it possible?

I spent my 20s and a large part of my 30s battling depression, guilt, shame and low self-worth stemming from a sense of violation that nothing could get rid of but I also worked with a trade union of agricultural workers in rural Bengal and was active in people’s movements against land acquisition as well as the women’s movement. Though I must admit, I slipped away every time the media showed up.

My work with rural, working class, Dalit and Muslim women facing patriarchal violence including state violence led me to introspect and reflect on the social and cultural capital accumulated through caste and class privileges which protected me and my mother from random detention and police violence, and also earned us support from a lot of well-meaning people. In recent years, for a research project, I went to Chhattisgarh to interview the fiery Soni Sori, and then Manipur, to interview the determined Irom Sharmila: two women who have faced state violence, witch hunts, slut-shaming, media trials, and yet, were relentless in their quest for justice.

Sori’s narration of coping with slut shaming and her determination to enter the highly visible and misogynist political domain, where women routinely undergo media trials, awed me. She looked into my eyes and said,“My husband said ‘Why are you talking about sexual violence. People are mocking me, teasing me, there is tremendous social pressure. You can talk of other kinds of violence, but not sexual violence’…I told him to give me a divorce, because I will not stop fighting… He was only thinking of izzat (honour) and sharam (shame), and I do not believe in either of them anymore.”

Watch: Why News Channels Are Relentless in Their Coverage of Sushant-Rhea

It hit me hard. I grappled with my own tendency to retreat into a hurt silence, avoiding people, excessive social interactions and to live a reclusive but paranoid life. Shame, as Sara Ahmed tells us, is an intense feeling, “In shame the subject’s movement back into itself is simultaneously a turning away from itself.” Sori reminded me that silence does not protect us. Silence enables patriarchy.

Some facts: the defamation cases continued for nine more years – a couple of tabloids shut down; one’s hearing was delayed for years because the file was ‘lost’; and a couple finally printed a corrigendum. I met my father many years later; suffering from dementia induced by prolonged alcoholism, he could no longer remember the incidents. I took care of him in his last days, not because I forgave him but because I sought closure. I sought freedom from traumatic memories and nightmares. Needless to say, I got none.

What led to this meltdown that compelled me to pick up my pen, after 19 years, at the risk of dismantling everything I have built so painstakingly? Probably because I opened a Twitter account a couple of months back and could not escape the relentless #rhea (I do not watch or own a TV). And probably the knowledge that no woman in safe in this country.

Yesterday, I woke up to a video of an actress in Bengaluru being heckled for her ‘inappropriate’ clothes while in the background, one could hear some men threatening to link her name to an ongoing drug investigation to teach her a lesson. A perfect example of the ease with which women’s credibility can be destroyed, which renders them vulnerable and effectively destroys their right to speak.

However, vigilante justice and mob lynching are not new to our country (or globally) and most of the time the crime had not/could not be proved. Rumours have often played a central role in whipping up public emotion, leading to vigilante justice, resulting in murders. This mob justice often falls disproportionately on women, Dalits, Adivasis, Muslims, and queers. Most of the cases of lynching are not spontaneous but pre-planned and meditated and draws its affective charge from an (mostly imagined) injury – of a hierarchy displaced, a norm transgressed, of social order threatened. In the last few years we have seen how increasingly Muslims have been targeted by gau rakshaks, and it has been argued that easy access to technology such as WhatsApp has significantly increased the frequency of these events.

However, to blame technology is to look away from socially sanctioned violence, its legitimacy, and the impunity enjoyed by the perpetrators. The impunity is often enjoyed because the violence is seen as a necessary one, to preserve society, the community and the nation from an imagined threat – whether she is a ‘deviant’ woman who refuses to comply with gender norms or a Dalit who ‘pollutes’ sanctified space.

The witch hunts of political activists, dissenters and academics by the state often follows a similar pattern – a vilification and completer destruction of credibility. The malicious campaign by Republic TV against Sudha Bhardwaj led to her incarceration which continues even today. The media trial of Rhea Chakraborty is a result of the ambitions of the current political dispensation and a vociferous viewership whose visceral desire to ‘right’ the ‘wrong’ equals the grieved family’s decision to fall back on misogynist tropes of witch/gold digger/manipulative female partner to explain their son’s death by suicide. Her trial also tells us that no woman is safe in this country: she did not espouse political views nor was she a dissenter. Or rather, we do not know what her political views are.

She was just another urban woman exercising her choice to live and love in a manner that did not fit the patriarchal norm. Yet, she has the CBI, the ED and the NCB investigating her, who have still not found a shred of evidence but have arrested her anyway. Her media trial (as much as my own) is a trial by the middle-class of our society; a middle-class, bored of the morals and necessities that define and limit their consumerist lifestyles and futile aspiration; a middle class that has finally been able to wear the cape of a vigilante as they engage in a bloodless violence, powered and fuelled by gossip. At last their lives have some meaning beyond their latest Amazon purchase.

Panchali Ray is an independent researcher based in New Delhi.