A correspondent for 'Der Spiegel' who posted the Twitter thread said was posted in jest and expressed surprise at an Indian news channel having run it in seriousness. 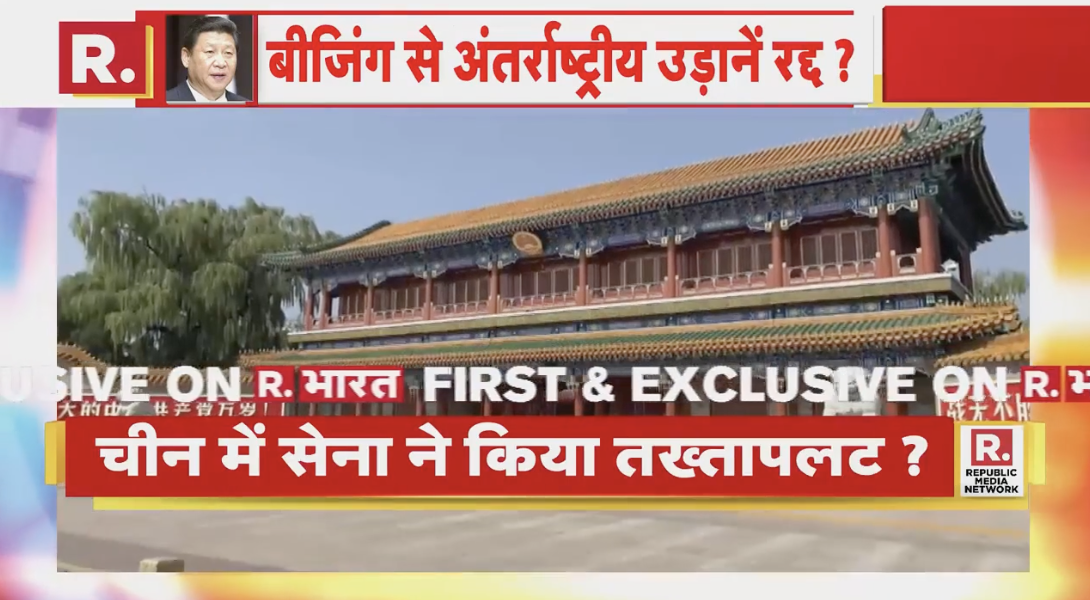 A screenshot of Republic Bharat's coverage of the non-existent 'China coup.

Georg Fahrion, the Beijing correspondent for German news website Der Spiegel, tweeted out a satirical thread containing a series of images from Beijing, to joke about the rumours of a coup d’état against Chinese President Xi Jinping. However, Hindi news channel Republic Bharat used his tweets and images, and ran them as breaking news and exclusive report that apparently confirmed these rumours.

The channel posted a 10-minute report on YouTube and Facebook, where it ran the images from Fahrion’s thread, stating that reports are coming in of ‘elite forces being deployed at Xinhua Gate, where Xi Jinping resides’.

The rumours of coup d’état in China, and the house arrest of Chinese President Xi Jinping started spreading around the internet a day after China’s Vice Minister of Public Security, Sun Lijun, was sentenced to death with a two-year reprieve, for challenging Xi’s authority, just weeks ahead of Communist Party leadership congress.

Fahrion, in several replies, confirmed that the thread was made in jest, and that he was joking about the coup d’état, that he claimed did not happen.

Aditi Mehrotra, an India-based writer and journalist commented on Fahrion’s thread with a link to Republic Bharat’s post, saying, “A major Indian channel is showing all your photos LIVE as breaking news right now, using words like “elite forces”. The sarcasm in your posts is clearly lost on them (or deliberate ignorance)”. Fahrion replied saying, “Seriously?? Wow.”

In yet another reply, he stated, “….that I made fun about rumors of a coup that didn’t happen.”

Finally, after many users commented about how Republic Bharat had reported his satirical thread as breaking news, Fahrion tweeted, “Since an Indian TV channel is now “reporting” on this thread, let me repeat: Two things are infinite, the universe and man’s stupidity.”

Since an Indian TV channel is now “reporting” on this thread, let me repeat: https://t.co/opmvoT8UDW

Republic Bharat posted the 10-min long footage on Facebook and YouTube, where the anchors used the images by Fahrion.

The thread used phrases used by Fahrion in jest, like ‘elite forces’ to talk about a few security guards standing outside the Xinhua gate. Republic Bharat has been called out by BOOM multiple times in the past for misreporting. Click here and here to see a few examples.

This article first appeared on BOOM Live and has been republished with permission. Read the original here.