The massive fuel price rise was missing from TV prime time headlines and debates in the days following the elections. Indian television media stays away from issues that show the Union government in a bad light. This is not an assumption, but a fact. Never more than 10% of TV prime time is spent on price rise and inflation, an issue proven to create negative sentiment against governments across the world.

Over 2 lakh seconds of television debates were analysed for a study, Prime Time Trackers, conducted by Rate The Debate (RTD), a media watch initiative of the Institute of Perception Studies, New Delhi. Set up in 2020, RTD has been measuring coverage of fuel price rise of petrol, diesel and LPG.

In 2022, fuel prices were kept in check for Assembly elections in five states from January to March, in which the ruling BJP at the Centre sought a crucial mandate. Aware citizens across the country, including voters in these states, expected prices to rise after voting. This reveals a trend of ‘habitual populism’, which is a matter for qualitative voter behaviour analysis. This article will discuss how the massive price rise was missing from TV prime time headlines and debates in the days following the elections.

On March 7, 2022, the multi-phase elections came to an end and the results were announced on March 10. Petrol and diesel prices started to rise from March 22 and did so 14 times. On April 6, the cumulative fuel price hikes had peaked at Rs 10 per litre.

In a democracy with free media, the following five points were expected from TV debates: One, publicise hardships of citizens. Two, demand answers from the government on countermeasures to offset the impact of inflation. Three, not dedicate headline space to international events not of immediate concern to the lives of Indian citizens. Four, gather across-the-aisle bipartisan advice and opinion on handling inflation. Five, focus on the worst-affected and the ‘silent distress’ of the poor and the vulnerable.

April 6, 2022. Figure 1: It is a pity that the television audience did not get to see any such coverage of the price rise. Instead, prime time was occupied with diversion and distraction. 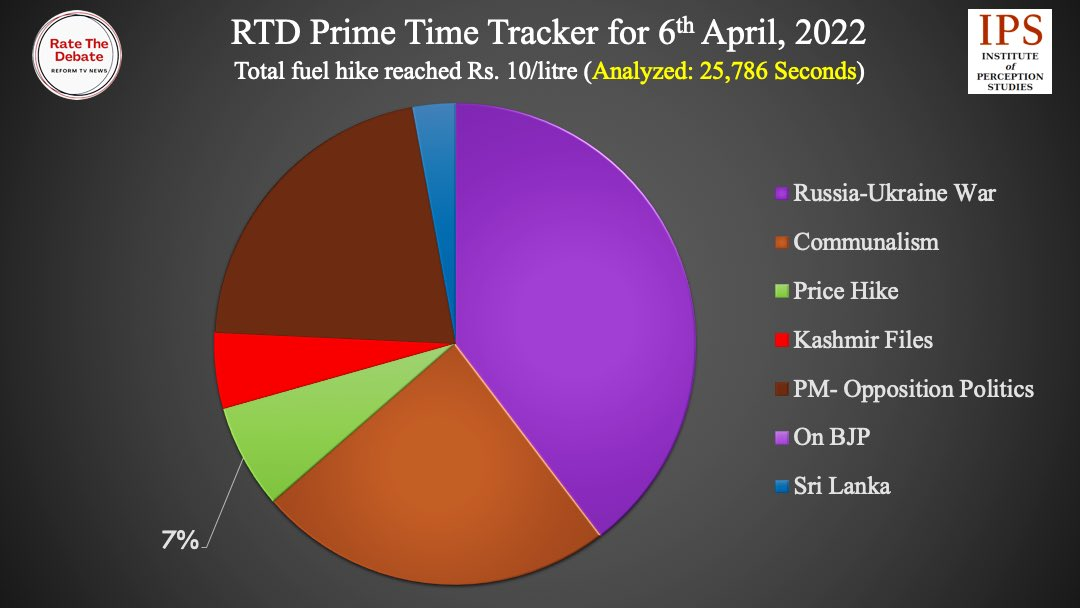 The RTD Prime Time Tracker for April 6, 2022, analysed 25,786 seconds from 10 channels, five English and five Hindi. The findings are as follows: 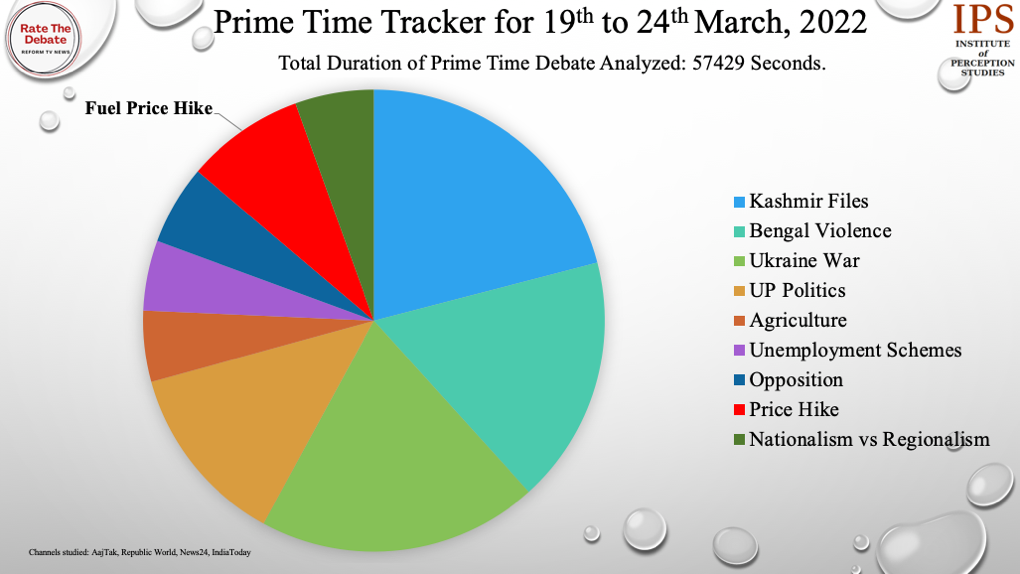 March 19-24. Figure 2: For days just after the elections, the RTD Prime Time Tracker for March 19-24 for four channels analysed 57,429 seconds of footage to ascertain coverage on price rise. The findings are as follows: 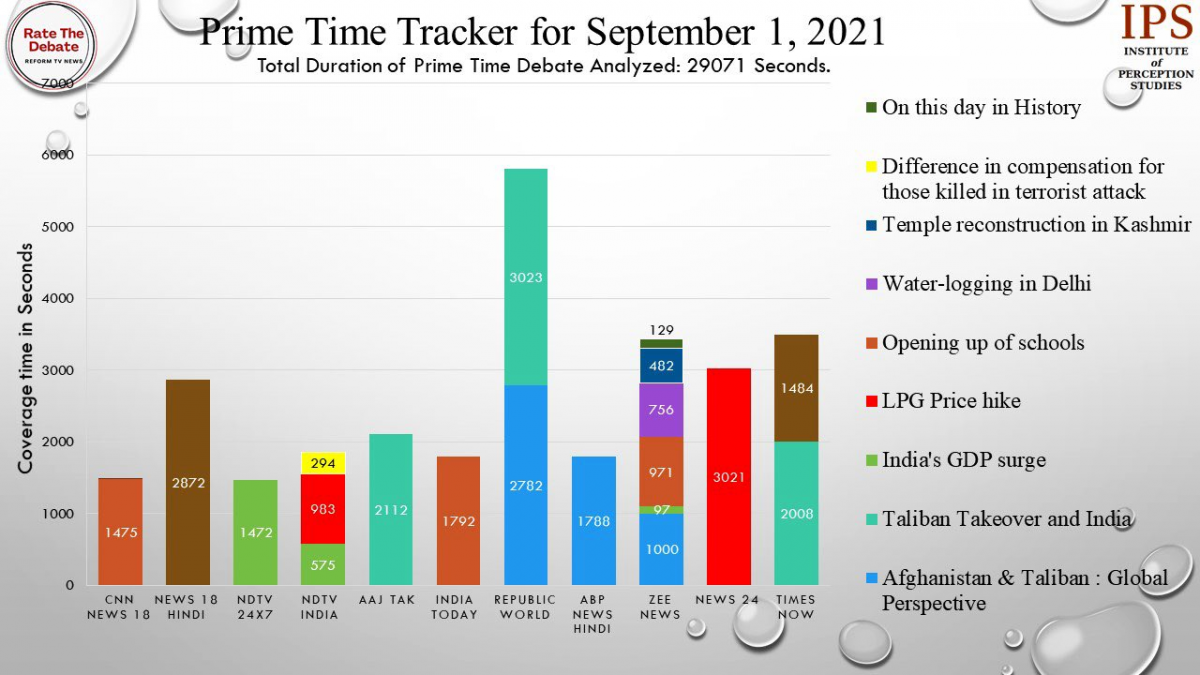 August-September 2021, Figure 3: The trend of eclipsing price rise with other news is not specific to the year 2022. In August/September, 2021, domestic LPG cylinder or cooking gas rates were hiked by Rs 25 to Rs 884.50 in Delhi. However, RTD findings showed that the main issue on most TV debates during these months was the Taliban and Afghanistan, over and above domestic issues that affected citizens ― inflation, opening of schools after Covid, waterlogging, protests due to unemployment, etc.

The methodology of the research was the analyses of prime time debates on channels with the highest TRP, as per the BARC. Data available on channel websites was quantitatively analysed minute by minute. A few examples of RTD’s other Prime Time Trackers are:

Lakhs of seconds of footage of television debates reveal that Indian channels deliberately shield the government from difficult issues. When the media has a stake in power, it is no longer free and no longer meaningful. Media must have no masters. That is a battle TV journalists must fight every day on prime time, and win.

Kota Neelima is an author, researcher and Director of the Institute of Perception Studies, New Delhi. She writes on social journalism, rural-urban distress and citizen visibility. She tweets @KotaNeelima.