The curbs on Geo started in March this year, when Geo News was shut down in cantonment areas across Pakistan and residential neighbourhoods that are administered by the military. 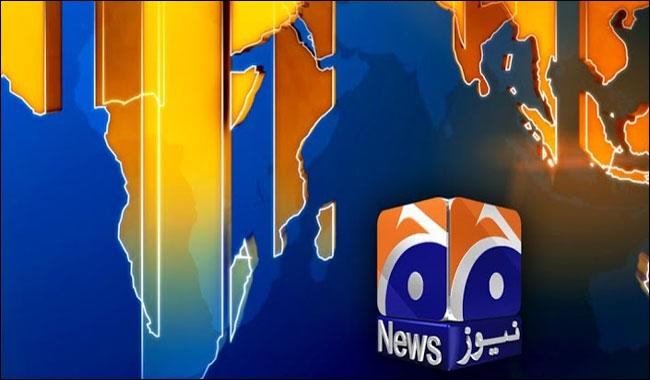 Geo officials haven't mentioned the military when talking about being taken off the air, but it is largely believed that critical news coverage on Pakistan being added to the terror financing list angered the military, as have articles that question decisions made by the country's army chief,General Qamar Javed Bajwa. Credit: Geo News

New Delhi: Geo, the largest television network in Pakistan, has said that it is being forced off the air by cable operators in multiple parts of the country. This move is widely being seen as the military furthering its hold on civilian institutions in the country, while all eyes are on the Supreme Court for the verdict in the Nawaz Sharif corruption case.

“We are off the air in 80% of the country,” New York Times quoted Mir Ibrahim Rahman, the chief executive of the network, as saying. The Pakistan Electronic Media Regulatory Authority, though, has said that it has not asked cable operators to stop broadcasting the channels – and even put out a notice asking them not to disrupt Geo’s transmissions. Interior minister Ahsan Iqbal has also said that the incumbent government did not order the suspension, but failed to explain who did, News18 reported.

The curbs on Geo started in March this year, when Geo News was shut down in cantonment areas across Pakistan and residential neighbourhoods that are administered by the military, New York Times reported. Now, it’s not just the news channel that is being blocked. The network’s entertainment and sports channels are facing the same fate, as cable operators refuse to broadcast them.

Geo officials haven’t mentioned the military when talking about being taken off the air, but it is largely believed that critical news coverage on Pakistan being added to the terror financing list have angered the military, as have articles that question decisions made by the country’s army chief, General Qamar Javed Bajwa, Times of India reported.

The military has been upset by Geo in the past as well, New York Times reported. In 2014, the news channel’s licence was temporarily suspended after the channel’s popular talkshow host Hamid Mir – who was attacked by gunmen – and his relatives accused the ISI of being involved in the assault.

The Committee to Protect Journalists has expressed concern over the situation. “The arbitrary suspension of Geo TV on cable TV is a direct assault on Pakistan’s constitutionally guaranteed right to access information,” Steven Butler, the committee’s Asia programme coordinator, said in a statement, according to the New York Times. “It’s outrageous that the authorities are either unable to find or too frightened to name those powerful enough to orchestrate the blocking of the news distribution.”

Geo News has asked viewers to complain if they are unable to access the channels.

If viewers/readers cannot watch Geo News on their TV screens or if our channels have somehow been shifted from their original numbers, or if they are deprived of receiving their copies of Daily Jang or/and The News, they can lodge complaints at telephone number: 021-32271133 pic.twitter.com/ErTiAx7doo

However, according to Rahman, hopes of legal reprieve aren’t high. “We are going to the Supreme Court,” he told New York Times, “but we have been told not to expect justice.”

“Though PEMRA issued notices, and the matter was heard by the apex court, no one knows how to reverse the situation legally and formally. Officials at the media regulator seem helpless and powerless before the hands of invisible yet powerful people,” Fasihur Rehman Khan, a senior journalist and analyst working for The News, Jang Group, told Times of India.