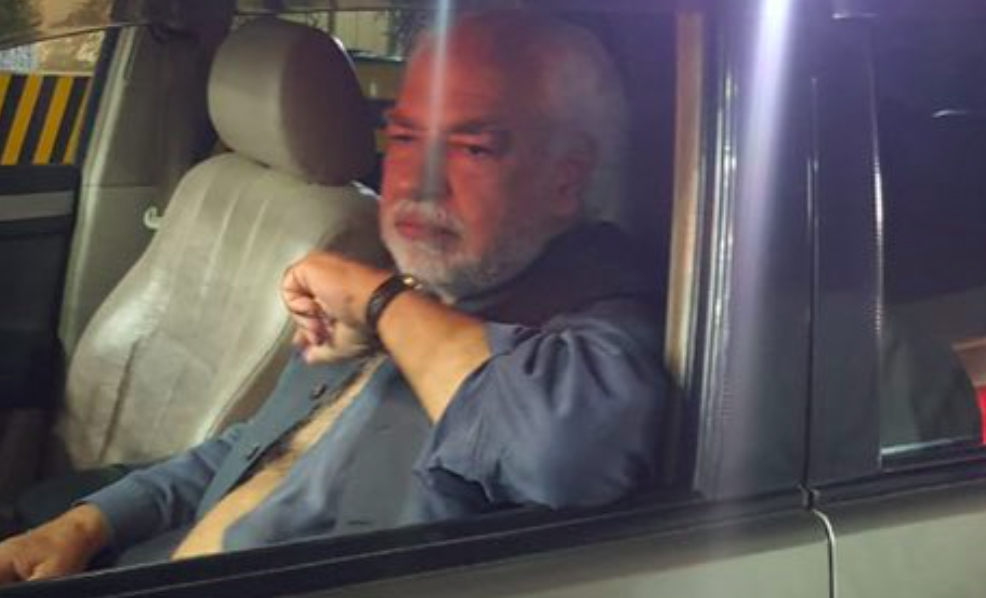 Pakistan journalist Ayaz Amir, after he was attacked in Lahore on July 1. Photo: Twitter/@DrChango4

New Delhi: The International Federation of Journalists has drawn attention to an attack on Pakistani journalist Ayaz Amir as he left a television programme in Lahore on July 1.

Founded in 1926, the IFJ is the world’s largest organisation of journalists.

The IFJ reported that Amir hosts a show at Dunya News channel, filming for which had shortly ended when he left his office. His car was blocked by another vehicle, after which six unidentified attackers pounced on him, forcing him out of his car, taking his money and phone, roughing him up and tearing his clothes. The assailants also threatened him. Amir has sustained bruises on his face.

The assault occurred a day after Amir criticised Pakistan’s military establishment at a seminar organised by the Islamabad High Court Bar Association, the IFJ says. In his speech, Amir referred to army generals as “property dealers”, telling former Prime Minister Imran Khan, who was in attendance that he had handed over the country to them.

Khan was among those who condemned the attack on Amir.

I condemn in strongest terms the violence against senior journalist Ayaz Amir today in Lahore. Pak descending into the worst kind of fascism with violence & fake FIRs against journalists,opp politicians, citizens.When the State loses all moral authority it resorts to violence.

Both the IFJ and and its Pakistan affiliate, the Pakistan Federal Union of Journalists (PFUJ), have condemned the attack and called for swift action to bring the perpetrators to justice.

Journalists across Pakistan have condemned the attack, noting its disastrous effect on press freedom in the country.

According to the IFJ’s South Asia Press Freedom Report 2021-2022, several key safety-related challenges adversely affect journalists and media workers in Pakistan including the continuing spate of physical attacks on journalists due to their work.

Shocked to know that widely respected columnist #AyazAmir is attacked. Beaten, insulted and punched. One of my all times favorite journalists of Pakistan whose bold writings inspired millions. One can never imagine such ugly things can happen to him too.Its a new low. Shameful pic.twitter.com/THdzj646sr

Punjab Chief Minister Hamza Shehbaz has requested an investigation from the Inspector General of the Punjab Police into the attack.