Western countries and international rights groups condemned Lukashenko over the forced landing of the aircraft and imposed sanctions against Belarusian officials. 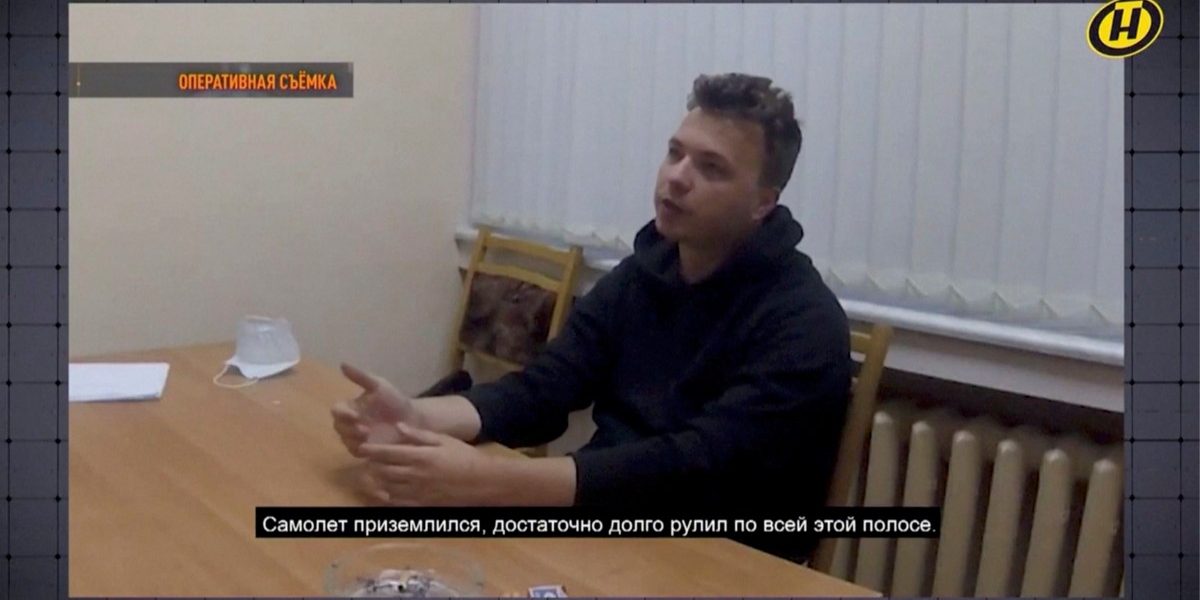 Detained journalist Roman Protasevich appeared on Belarusian state television on Thursday, tearfully confessing to his role in anti-government protests in an interview which the opposition said was made under duress.

In his third appearance since his Ryanair plane was forced to land in Belarus by the authorities on May 23, Protasevich admitted to plotting to topple President Alexander Lukashenko by organising “riots” and recanted earlier criticism of the veteran leader.

“It’s painful to see ‘confessions’ of Raman Pratasevich. His parents believe he was tortured. This is not Raman I know,” said Franak Viacorka, a senior adviser to exiled opposition figure Sviatlana Tsikhanouskaya, on Thursday, using a different spelling of Protasevich’s name.

He “is the hostage of the regime, and we must make all possible to release him and the other 460 political prisoners,” he wrote on Twitter.

The opposition said that a video confession made last month by Russian citizen Sofia Sapega, Protasevich’s girlfriend who was also detained after the forced landing, appeared coerced.

Lukashenko’s office did not immediately respond to a Reuters request for comment on the accusations.

Previously, authorities have said Protasevich is an extremist who has facilitated violence. They have maintained that aired television confessions by members of the opposition were made voluntarily.

Protasevich said he was giving the interview of his own volition.

“I’m almost certain they will condemn me publicly, and rallies in support of me will come to naught,” Protasevich said of his former associates. “But I don’t care what they will be saying.”

“I criticized Alexander Grigoryevich [Lukashenko] a lot, but when I became more involved in political topics, I began to understand that he was doing the right thing and I certainly respect him,” he said in the 90-minute video.

Western countries and international rights groups have condemned Lukashenko over the forced landing of the aircraft and also imposed sanctions against Belarusian officials over a crackdown on protests following a contested election last year.

Tsikhanouskaya said on Monday that she believed Protasevich had been beaten and tortured in prison. A lawyer who visited Protasevich said he was fine.