According to an organisation, after the BJP-IPFT government came to power some 30 months ago, 19 journalists were beaten up by hooligans sheltered by the BJP. 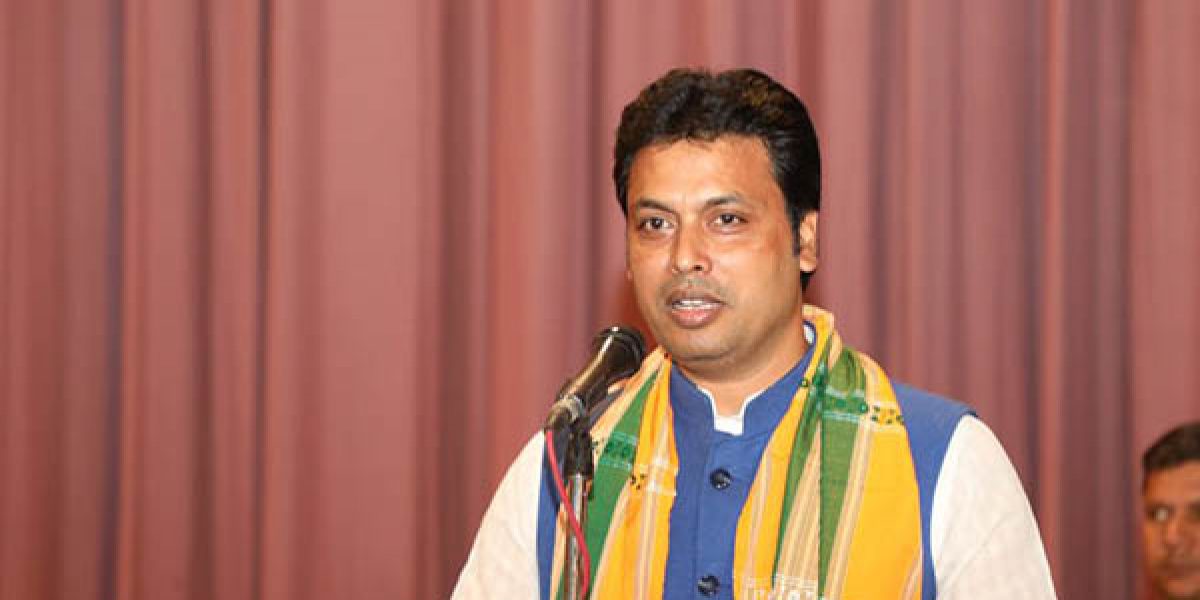 Agartala: A group of journalists from Tripura wore black badges on Gandhi Jayanti as a part of their protest against chief minister Biplab Kumar Deb’s alleged threat issued to them last month.

Mediapersons under the banner of the Assembly of Journalists (AOJ) gathered in front of the Agartala Press Club and wore black badges on Friday.

“We have launched a democratic movement as the chief minister did not pay heed to our demand for withdrawing the threat,” AOJ chairman Subal Kumar Dey said.

Deb, while laying the foundation stone for a special economic zone at Sabroom in South Tripura district on September 11, had said that some newspapers are trying to confuse the people of the state about its COVID-19 situation and he will “not forgive” them.

This was construed as a threat to them by journalists who demanded that the CM withdraw it. Deb did not retract his comment but said he did not mean to threaten anyone in his speech.

“After the BJP-IPFT government came to power 30 months ago, 19 journalists were beaten up by hooligans sheltered by the BJP. Our right to information and right to freedom of expression are being trampled,” the AOJ chairman alleged.

The government has issued a circular directing official not to talk to journalists, which is tantamount to choking the voice of the media, Dey claimed and added that the situation was not so bad even during the Emergency in the 1970s.

“Journalists and correspondents are frequently summoned to police stations. They are being implicated in false cases. It is a police raj, where journalists have lost their rights,” he claimed.

Dey, who is also the president of the Agartala Press Club, said that the AOJ would write to Prime Minister Narendra Modi, Union home minister Amit Shah and the Press Council of India to inform them that the news media is under attack in the state.

An AOJ delegation had earlier met governor R.K. Bais seeking his intervention to end the alleged intimidation of journalists.