Highlighting the arrest of Mohammed Zubair, seven Delhi-based media associations said the government's targeting of journalists endangers the future of the profession as a whole. 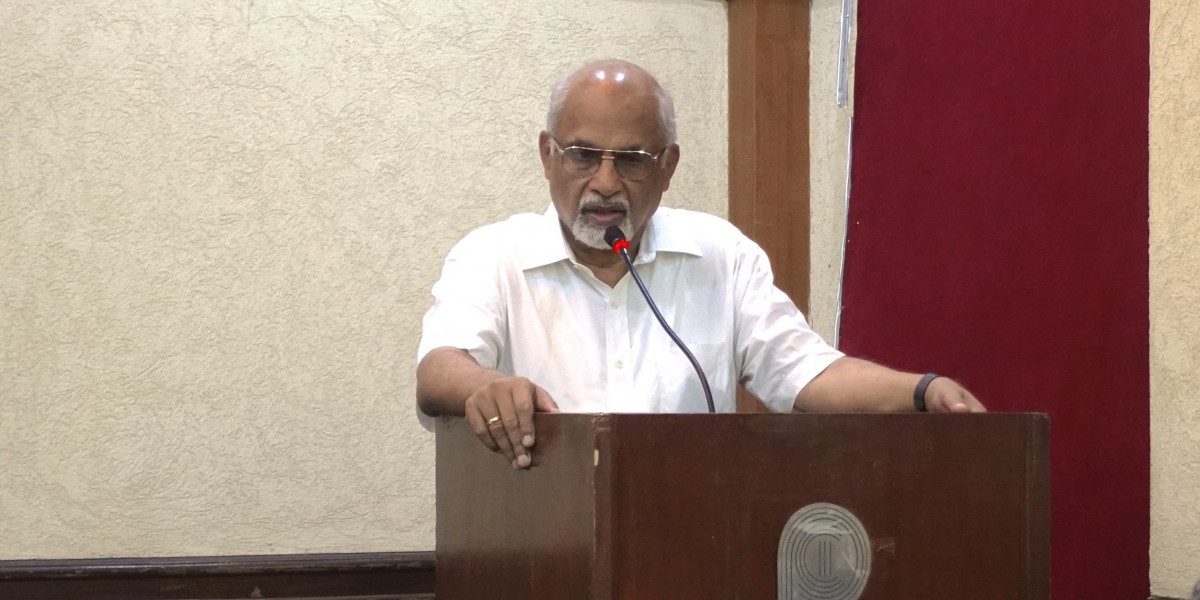 New Delhi: Expressing concern at the recent set of “disconcerting events” affecting the press – the arrest of journalists and raids by investigative agencies – journalists and representatives of  various media bodies met at the Press Club of India on Monday to take stock of these “ominous” signals and passed a resolution reminding the government of the G-7 resolution on freedom of speech and thought which Prime Minister Narendra Modi signed on to in Germany last month.

The targeting of journalists through cases and organisations through raids will have a “chilling effect” on the media as a whole, the resolution noted. The meeting that was organised in the wake of the arrest of Mohammad Zubair, a founder of fact-checking website AltNews, by a combined platform of seven Delhi-based media associations – the Press Club of India, Editors Guild of India, Press Association, Indian Women’s Press Corps (IWPC), Delhi Union of Journalists, Digipub News India Foundation and the Working News Cameramen’s Association.

Representatives of the bodies, apart from expressing their concerns, also made the case for setting up a platform that would enable journalists from across the country to unite and demand the protection of media freedom. A legal mechanism to come to the aid of reporters who are targeted by the government should also be devised, they said.

Senior journalist and former editor of Business Standard, T.N. Ninan, who spoke first, made three suggestions that he said would function as a roadmap to oppose the government’s “offensive” against independent journalism.

“Issuing statements after a meeting is no longer enough,” he said, adding, “We must now think about what else we can do.”

He said the government was easily able to target journalists because the media is deeply divided. “We should now see if we can all at least agree on the basis of press freedom and get media organisations from across the country to come together.”

The other two suggestions the veteran journalist made were organising legal aid – perhaps through crowdfunding – for journalists arrested, and establishing a panel of lawyers who could help these journalists in all parts of the country.

The Wire’s founding editor Siddharth Varadarajan, who also spoke at the occasion, highlighted the targeting of Alt News, saying the fact-checking outfit “was turning out to be a major roadblock, an obstacle, in the government and the ruling party’s attempts to manipulate public opinion”.

“We are in the middle of a full-blown attack on media freedom. These attacks will only escalate. There will be attempts to bring new laws and new rules to curtail media freedom,” he warned. 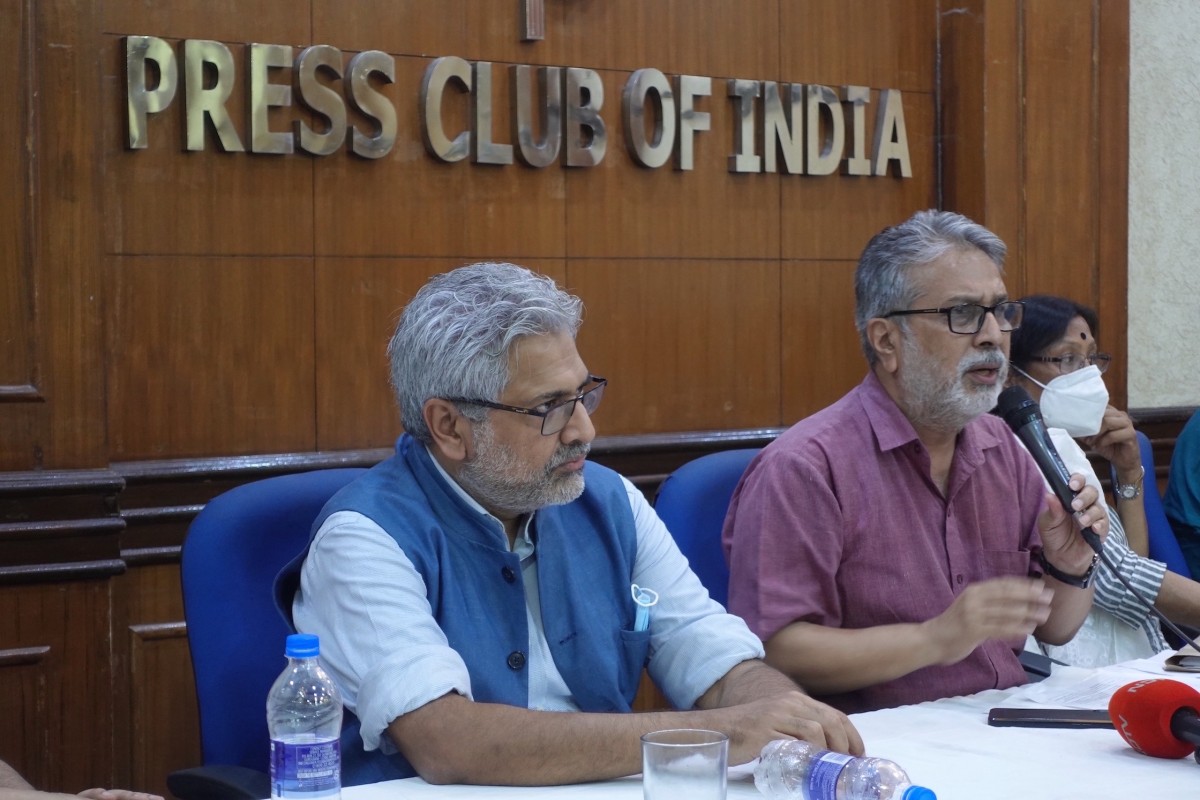 Press Club of India president Umakant Lakhera said, “There is an attempt to radicalise a section of journalists, our own colleagues, to come after others. Fear is being instilled in reporters not to question the government. Journalists are doing the important job of getting information to the public, but are being projected as ‘dangerous’ to the society.”

Press Council of India member Jayashankar Gupta, also a representative of the Press Association, underlined the government’s dithering to renew the press accreditation cards of journalists. Gupta said the government has forced several seasoned journalists to undergo a stringent screening process and has barred journalists from entering Parliament, even though COVID-19 guidelines have been eased.

IWPC president Shobhna Jain highlighted the government’s delay in renewing the annual lease of the organisation’s office in New Delhi, stating that the space to express media freedom for women’s journalists is at stake.

“Because the narrative of some journalists is different (pro-government), the challenge today is to take everyone along and speak as one voice, as journalists. FIRs were filed against two of our members [Saba Naqvi and Navika Kumar] too,” she said.

Sandeep Shankar, representing the Working News Cameramen’s Association, underlined “the attack on camerapersons since 2006″, which he said has reached a stage where they are not even allowed in official functions.

Shankar highlighted one recent example, when the NDA’s presidential nominee Draupadi Murmu was filing her papers. “Even after the Lok Sabha speaker said at a press conference that everyone including camerapersons will be allowed to capture that moment, they were not – except one private outfit (ANI),” Shankar said. 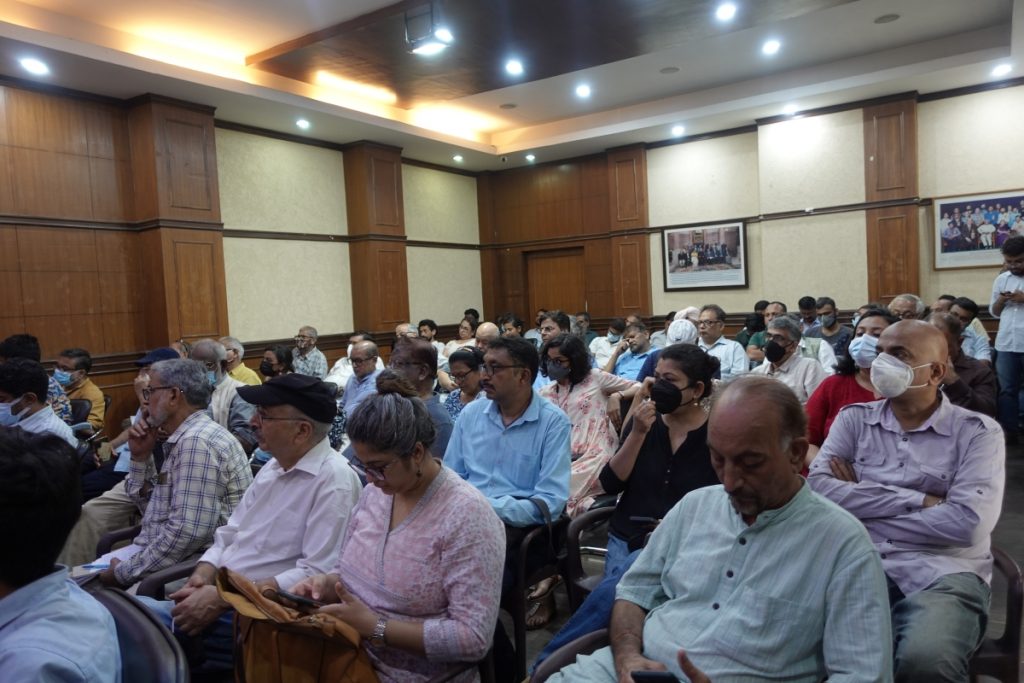 Journalists at the meeting held on July 4, 2022. Photo: Atul/The Wire

In a resolution that was read out to the gathering, the organisers of the meet urged the government to restore access to coverage of government events to the media in the interest of a robust democracy.

In addition to arbitrary arrests of media persons, other worrisome developments relate to the new guidelines for PIB accreditation, denial of accreditation to as many as 300 journalists on spurious grounds and the continuation of COVID-19 restrictions in the press gallery of the Lok Sabha and the central hall.

Expressing concern at “a series of disconcerting events” related to media freedom, the resolution said, “The plethora of FIRs against many of our colleagues in the recent past and the ED (Enforcement Directorate) raids in media offices sends an ominous signal to the future of the profession as a whole. The recent arrest of [an] Alt News co-founder for cognizable offence is a case in point.” Mohammed Zubair’s arrest is based on “exaggerated and trumped up charges”, the resolution said.

“On the other hand, those who actually make hate speeches are moving around freely,” it added.

The “cherry picking” by law enforcement agencies has a chilling effect on the media as a whole, it said.

The meeting also expressed concern at Kashmiri journalists “being systematically stopped from flying out of the country, the latest example being that of Pulitzer Prize winner Sanna Mattoo.”

“We would use this opportunity to remind that our government very rightly committed and affirmed at the recently held G-7 summit ‘to protect freedom of thought, conscience, religion, or belief and promoting inter-faith dialogue.’ It is this principle spelt out in our Constitution as well that needs to be upheld and protected,” the resolution passed by the gathering added.