The National Alliance of Journalists and the Delhi Union of Journalists took exception to a proposed Bill for the registration of digital news media and the arrests of Mohammed Zubair and Teesta Setalvad. 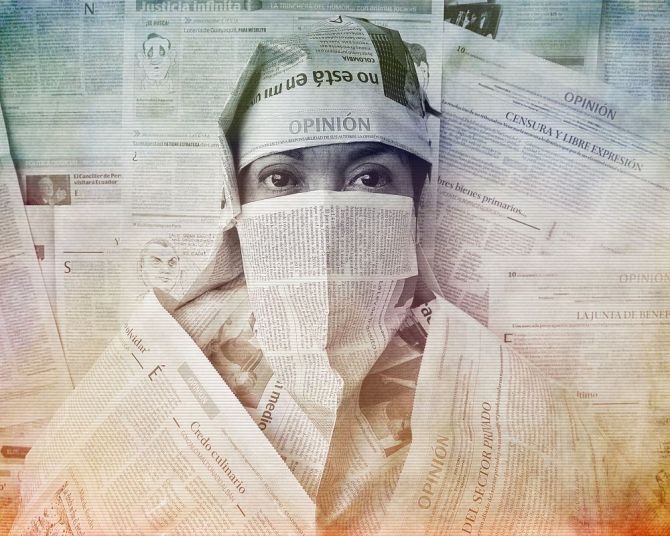 New Delhi: On Monday, July 18, the first day of the monsoon session of parliament, the National Alliance of Journalists (NAJ) and the Delhi Union of Journalists (DUJ) issued a joint press statement asking MPs to ensure that “draconian laws proposed to control the digital media are not passed”.

The statement says the increasing curbs on independent journalism and wide-spectrum digital news media are “ominous” and “reflective of a permanent state of emergency”.

The statement makes particular reference to the Registration of Press and Periodicals Bill, 2022, which is reportedly set to be introduced in parliament during the monsoon session.

The Bill, if passed, would replace the Press and Registration of Books (PRB) Act, 1867 and would bring under its ambit digital media.

A draft Bill by the same name was released by the Ministry of Information and Broadcasting (MIB) in 2019 which proposed that publishers of digital news media (defined in the legislation as news that could be transmitted over the internet or through computers and mobile networks) be made to register themselves with the Registrar of Newspapers of India.

Also read: Draft Press Registration Bill Is Nothing But a New Collar on an Old Leash

“The digital news media has in recent years emerged as a relatively independent media that carries a refreshing diversity of voices and opinions, unlike the mainstream press and television media,” the statement reads, drawing parallels to prior Information and Technology Rules which, too, sought to regulate digital news media.

Arrests and harassment of Zubair, Setalvad

After being arrested last month for sharing a still from a 1983 Bollywood film on Twitter, the fact-checker saw additional charges levelled against him for referring to three militant Hindutva activists – Yati Narasinghanand, Bajrang Muni and Anand Swaroop; all of whom can be seen in videos calling for violence against Muslims and have faced charges for the same – as “hatemongers”.

In the subsequent months, Zubair saw a total of six FIRs registered against him from several parts of Uttar Pradesh as well as the constitution of a special investigation team (SIT) of the state police to probe the charges.

Additionally, the statement condemns the state action against journalist and activist Teesta Setalvad, whose NGO, Citizens for Justice and Peace (CPJ) provided legal assistance to the victims of the 2002 Gujarat riots.

Setalvad was also arrested last month following the Supreme Court’s dismissal of the plea of Zakia Jafri, widow of late Congress MP Ehsan Jafri, challenging the clean chit given to Prime Minister Narendra Modi for his alleged role in the violence in Gujarat in 2002.

Another journalist who finds mention in the statement is Kerala-based journalist Siddique Kappan, who was arrested on his way to Hathras in 2020 to cover the rape of a Dalit teenager allegedly by four ‘upper-caste’ men. He was subsequently charged under stringent laws, such as sedition and has remained in jail since.

Mentioning these arrests of media persons, the statement called for a special law to protect journalists from arbitrary arrests in response to their reportage or posts on social media. It also sought curbs on hate speech “and other threats to the secular, democratic fabric of the country”.

Noting that this year marks the 200th anniversary of Urdu journalism in India, the statement highlighted a “severe threat” to both Urdu journalism and as a literary language. It noted that agencies such as the UNI are being “choked financially” leaving many staffers retrenched without receiving their dues.

The statement also criticised the labour laws passed by the Union government in 2020 which made it difficult for workers to unionise, strike, and demand wages.

Describing them as “anti-labour codes of bondage”, the statement said that the laws are “demolishing the Working Journalists Act” and are denying journalists the right to form unions.

“The Labour Codes put an end to the system of tripartite wage boards for the newspaper industry,” the statement reads.

The statement concludes with a call for the Press Council of India to be replaced by a Media Council of India and an autonomous Media Commission to solve the growing problems of the industry. “Such positive initiatives are required now, not government curbs on press freedom and the rights and privileges of journalists,” the statement ends.