The military court recently sentenced two journalists under Section 505(a) of the Penal Code, just days after a US editor was arrested at the Yangon airport. 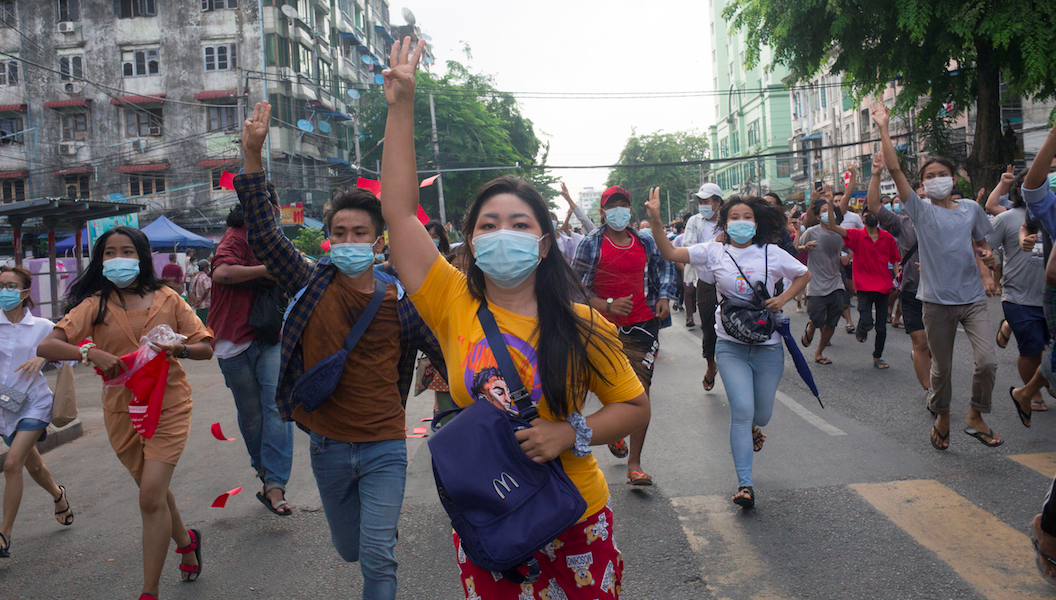 New Delhi: Continuing with its crackdown on free press since it assumed power in a coup on February 1, the military court of Myanmar has sentenced two reporters under a draconian law that was recently revised to make it difficult for journalists to publish reports on anti-junta protests.

The International Federation of Journalists, in a press release, said that Aung Kyaw, a reporter from the Democratic Voice of Burma, and Ko Zaw Zaw, a freelance reporter with Mizzima News, were sentenced to two years of jail under Section 505(a) of the Penal Code of Myanmar.

In its note on post-coup legal changes in Myanmar, the Human Rights Watch had noted how the Section 505(a) previously made it a crime to publish or circulate any “statement, rumour or report” “with intent to cause, or which is likely to cause, any officer, soldier, sailor or airman, in the Army, Navy or Air Force to mutiny or otherwise disregard or fail in his duty.”

Now, the military has replaced it with what HRW calls “broader language clearly designed to penalise those encouraging members of the civil service of the security services to join the Civil Disobedience Movement.”

According to the IFJ’s press release, Aung Kyaw, the Democratic Voice of Burma reporter had to represent himself in court as his lawyer had been threatened by the military. He is the second journalist from the organisation to have been convicted. Min Nyo, another reporter from the same outlet, was sentenced to three years for covering anti-military demonstrations.

Mizzima‘s Ko Zaw Zaw is also not the only journalist from the outlet to have been sentenced under Section 505 (a). He is one among 11 journalists from Mizzima who “have been included in the process of prosecution inside prison.”

In April, several prominent women rights advocates from all walks of life in India released a statement urging the Myanmar military to release Mizzima journalist and activist Thin Thin Aung and other illegally detained pro-democracy protesters. 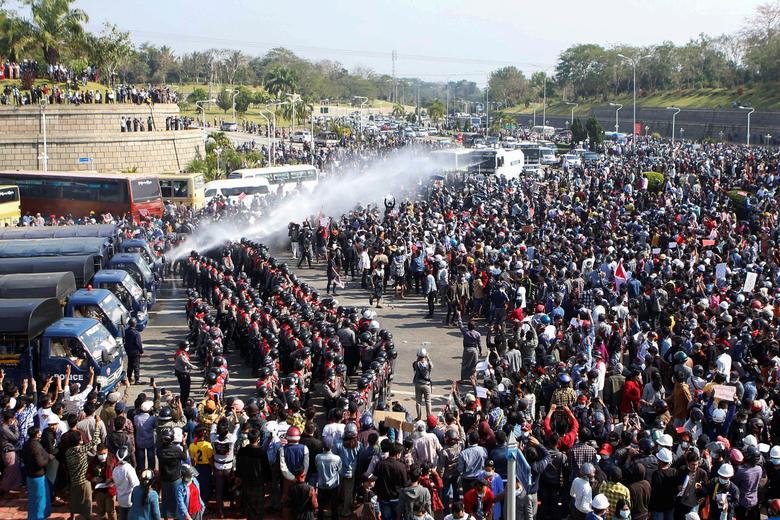 Thin Thin went missing on April 8 and was found held at the Yay Kyi Eaing interrogation centre, which activists describe as “notorious”. In addition, her house was ransacked, her computer seized and the entirety of her and her news outlet’s funds taken away. Others associated with Mizzima, including co-founder Daw Thin Thin Aung, staffer James, and reporters Ko Zaw Zaw and KoThan Htike Aungare are also in custody.

The sentencing of the Myanmar journalists comes days after the managing editor of Frontier Myanmar, Daniel Fenster, was arrested at the Yangon Airport, on May 24. Fenster is a US citizen.

In March, another US citizen Nathan Maung, along with Hanthar Nyein – both from the news website Kamayut Media – were arrested under Section 505(a) as well.

Maung and Fenster are among three foreign journalists arrested by the military. Japanese journalist Yuki Kitazumi was arrested in April and released in May.

IFJ has noted that “87 journalists have been arrested, 45 have been detained and 44 have been prosecuted” by the Tatmadaw, Myanmar’s military, since the coup on February 1.

The military ousted Aung San Suu Kyi’s elected government and detained her and officials of her National League for Democracy party.

US state department spokesperson Ned Price, was on June 3, asked about the jailing of two journalists in Myanmar.

“What’s the US doing to secure their release, and has anyone been able to visit them?” the journalist asked Price, according to the published records of the briefing.

The journalist also asked whether the US was planning on imposing a new round of sanctions on the Myanmar military on the lines of EU’s Foreign Affair Chief Borrell’s announcement.

Price replied highlighting the detention of the two US citizens and noting that while US consular officers have been allowed a virtual visit with Nathan Maung, similar access to Daniel Fenster has not been granted. 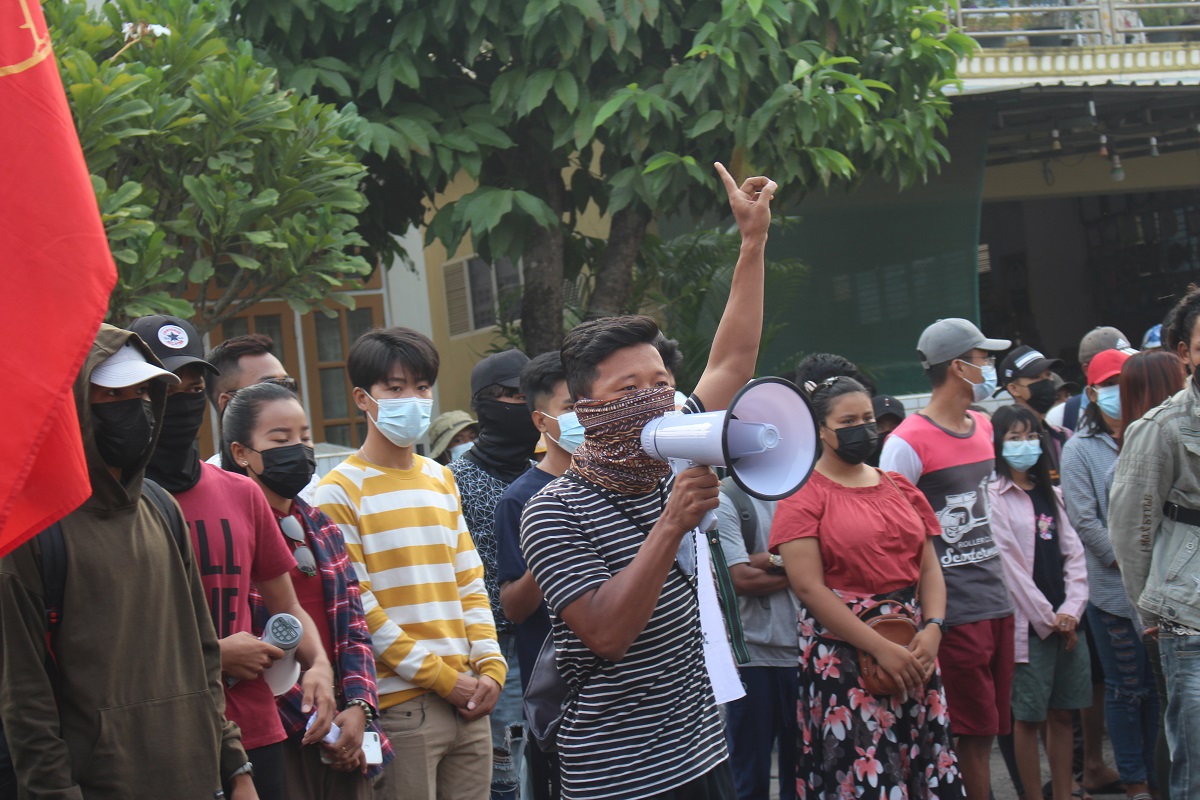 Demonstrator speaks using a bullhorn as university students and LGBT community members protest against the ongoing coup in Dawei, Myanmar, March 25, 2021 in this image obtained from social media. Photo: Dawei Watch via REUTERS

“We’ve pressed the military regime to release them both immediately – to release both of them immediately. And we’ll continue to do so until they are allowed to return safely to their families,” Price said.

He also noted that the US will be “pressing the case for all journalists who are wrongfully detained in Burma for doing nothing more than their job, and ultimately knowing that their job is the – protecting the freedom of expression in – of the people of Burma.”