Murdering a Great Journal, One Editor at a Time

The conduct of the Sameeksha Trust demonstrates that one does not have to be a Congress chamcha or CPI(M) apparatchik or Sanghi ideologue to undermine and devalue the integrity of a great scholarly institution. 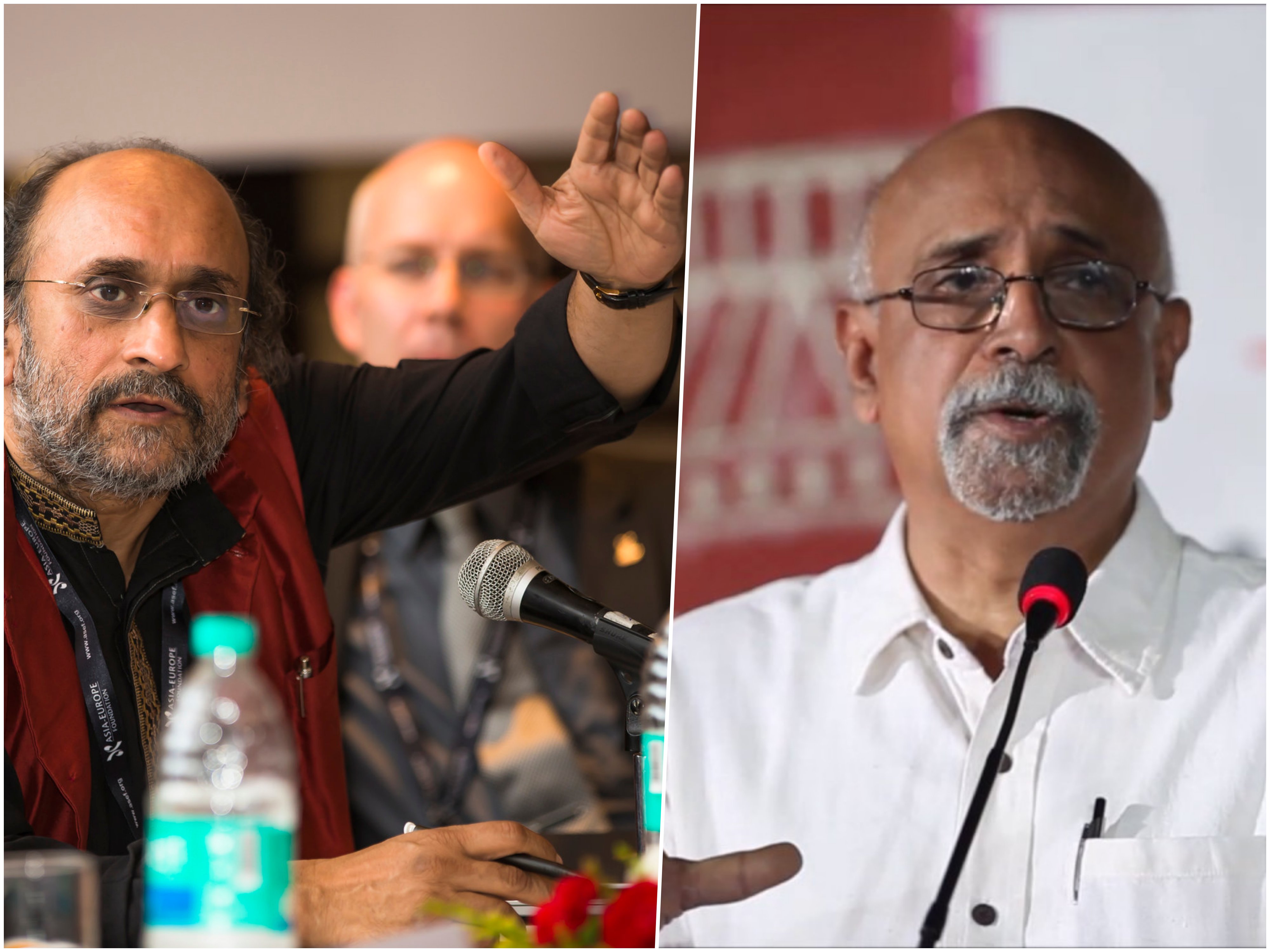 H.L. Mencken once remarked that ‘a magazine is a despotism or it is nothing. One man and one man alone must be responsible for its essential contents’.  The key word here is ‘essential’. While assistant editors, sub-editors, managers, consultants, printers and publishers all play their role in the making of a great magazine, its shape, structure and significance is essentially moulded by the person at the top.  In the making of a great magazine, it is one individual who plays a defining, and sometimes definitive, role. It was Kingsley Martin who made the New Statesman; Freda Kirchwey who made The Nation; and Krishna Raj who made the Economic and Political Weekly, or the EPW as it is popularly known. Their successors, likewise operating in a free and unconstrained manner, then sustained the reputation these editors had built for their journals.

Krishna Raj was editor of the EPW between 1969 and 2004. After his death, the EPW has had two editors: C. Rammanohar Reddy and Paranjoy Guha Thakurta. They differed in their view of what the journal should be: with Ram Reddy stressing the academic side, and Guha Thakurta focusing on investigative journalism. They nonetheless shared two things in common; both are individuals of an unimpeachable professional integrity, and of enormous personal decency as well. They now share a third thing: both have been humiliated by the trustees of the Sameeksha Trust, which runs EPW.

Consider first the trustees’ treatment of Ram Reddy. The EPW would have died a decade ago had it not received a generous grant from Rohini and Nandan Nilekani. The award of this grant had nothing to do with the trustees; rather, it was the product of the initiative of the editor, the intervention of two EPW contributors who are not themselves trustees, and the generosity of the Nilekanis themselves. This grant enabled the EPW to buy, for the first time, an office for its operations.

After Ram Reddy had persuaded the Nilekanis to help save EPW, he raised money from the Tata Trusts for the EPW’s corpus and for suitably commemorating its 50th anniversary. Ram Reddy was an excellent editor, who, in his ability to attract young academic talent and maintain scholarly standards, was a worthy successor to Krishna Raj. He was also an outstanding fund-raiser, a fact that because of his own self-effacing nature remains little known. The responsibility of assuring the journal’s financial viability should really have been the trustees’. But because they were unwilling or unable to shoulder this responsibility, the editor nobly (and effectively) stepped into the breach. However, rather than appreciate Ram Reddy’s efforts, the trustees humiliated him, compelling him to leave.

And now Paranjoy Guha Thakurta has fallen victim to the trustees’ whimsical behaviour as well. When he was appointed, his track record and professional orientation were well known; indeed, it was said that his flair for investigative reportage was one of the reasons for having chosen him as EPW’s editor. Why then did the trustees capitulate on the basis of a mere legal notice sent by the Adanis? Why were humiliating terms then imposed on the editor, forcing him to quit?

The first statement issued by the trustees after Guha Thakurta’s resignation made no mention of the abrupt taking down of the article in question from the EPW website. This raised questions, since the said article is still available on the website of The Wire. What, asked many people who admire and respect the EPW, had caused the eminent trustees to take such fright at a mere letter? Clearly, these criticisms got to the Trust, since now a second statement has been issued, which claims that the article in question ‘did not go through the EPW editorial review process.’ This is extremely disingenuous, for virtually none of the articles in the commentary section of the EPW are sent to academic referees for evaluation. Only some of the research papers in the Special Articles section are refereed before publication.

After the current controversy broke out, I wrote to four of the trustees, asking why had the article on the Adanis been taken down on the basis of a mere letter. Two trustees did not reply at all, while two others replied in dismissive, abusive, tones. Then, when I read the second statement of the trustees, I wrote to the chairman of the Trust asking why it contained that tendentious misrepresentation about refereeing. There was no reply.

The conduct of the trustees is particularly dismaying to this writer, who owes his entire professional career to EPW. I had no academic patrons, and did my doctorate from a wholly uncelebrated department of sociology (so uncelebrated that the most famous of Indian sociologists, M. N. Srinivas, told me that it was better not to study sociology at all than to study it there). Had Krishna Raj, EPW’s remarkable and long-serving editor, not published my first research papers in the EPW I would never have written a single book, never got an academic job. Nor am I alone or unrepresentative in this regard. There are dozens of scholars, many from our less pedigreed colleges and universities, who were professionally made by the EPW, after Krishna Raj, or Ram Reddy, had encouraged them and published their work in the journal.

Among the trustees of the Sameeksha Trust is André Béteille, the Indian scholar whom I most admire. When Ram Reddy was treated in a cavalier fashion by the trustees, I had a long conversation with Professor Béteille about the need to reform the way the Trust was functioning. I urged him to resign from the Sameeksha Trust, to simultaneously urge the trustees to induct younger people from different social backgrounds and from across India, and to set term limits for themselves, in the absence of which a public trust was in danger of becoming a private club. Recognizing the need to make the Trust more representative of the Indian intellectual community, Professor Béteille did resign, but his resignation was not accepted by the chairman of the Trust. It may be that since he was the most distinguished scholar on the Trust, the Trustees were loth to give up the respectability and credibility that Professor Béteille’s name on the mast-head afforded them.

I now find, to my surprise and dismay, that Professor Béteille is a signatory to a letter that contains a manifest untruth about how the EPW functions. He is ailing, and confined to his home, so I wonder: Was the statement shown to him and that contentious clause specifically approved of beforehand?

There have been many unpleasant revelations about the EPW that have come into the public domain in recent weeks. Perhaps the most shocking is this: that, apart from the managing trustee, none of the trustees have visited the EPW office and interacted with the staff which sustains and runs the journal. This is of a piece with the arrogance they have shown to successive editors as well. An outstanding historian of the younger generation, himself shaped by the EPW, has observed to me that the trustees seem to think the editor should be a glorified bell boy. That, alas, may not be an exaggeration.

Too many universities and research centres in India have been damaged or destroyed by political manipulation. One thought and hoped that, because it was autonomous of the state and not dependent on state funding, the EPW would be an exception. Apparently not. The conduct of the Sameeksha Trust demonstrates that one does not have to be a Congress chamcha or CPI(M) apparatchik or Sanghi ideologue to undermine and devalue the integrity of a great scholarly institution.

Ramachandra Guha is a historian and biographer based in Bangalore