In a letter to the US Secretary of State, the IPI cited the IT department raids at Dainik Bhaskar's offices and the Pegasus Project revelation on phones of 40 journalists having been potentially snooped on. 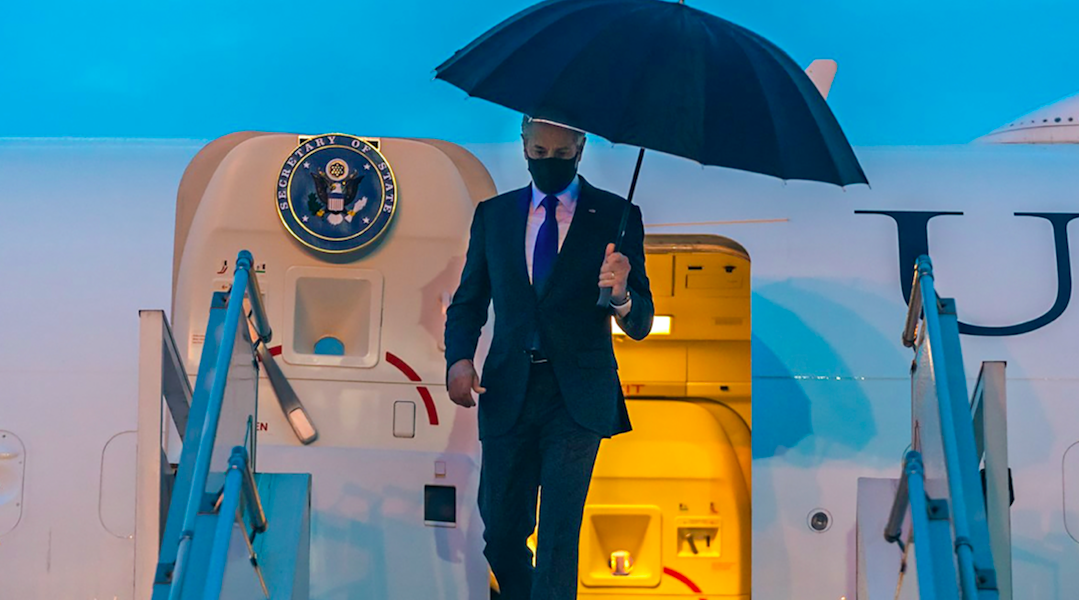 New Delhi: The global media watchdog, International Press Institute (IPI), has called on US Secretary of State Anthony Blinken to publicly raise the issue of declining press freedom during his visit to India, in the light of tax raids on a newspaper group and the revelation that over 40 journalists were targeted with the highly sophisticated Pegasus spyware.

In a letter addressed to Blinken, the Vienna-headquartered International Press Institute, a global network of editors, media executives and journalists, said that it was “extremely gratified” to hear that the United States will be raising the issue of human rights and democracy during his meetings with Indian interlocutors.

Blinken, on his first visit to India as Secretary of State, will hold meetings with Minister of External Affairs, S. Jaishankar, and National Security Advisor Ajit Doval on Wednesday, July 28. He arrived in Delhi on Tuesday night and will be in the National Capital for fewer than 24 hours before travelling to Kuwait.

Ahead of the trip, a senior US state department official had told reporters that the visitor would raise human rights issues. Official Indian sources responded through the media with the claim that New Delhi was proud of its human rights record and was open to engaging with those who recognise diversity.

The IPI noted that the recent revelations that some 40 journalists were targeted with Pegasus spyware “shows the extent to which the government has gone to invade the professional and private lives of journalists in order to stifle press freedom and human rights in the country”.

An international consortium of 17 media organisations, including The Wire, had revealed last week that journalists and activists were potential surveillance targets for an Israeli firm, NSO Group’s flagship military-grade spyware, Pegasus. In India, more than 40 journalists had been put on a list by an NSO client for potential targeting from 2017 to 2019.

Also read: Pegasus Project: How Phones of Journalists, Ministers, Activists May Have Been Used to Spy On Them

The NSO Group, which claims that the spyware is only sold to governments, has denied that the leaked list of 50,000 numbers has anything to do with Pegasus.

The media watchdog also pointed out that the Income Tax department had last week raided the offices of Dainik Bhaskar and accused the media group of evading taxes for years without providing any evidence. “The newspaper has extensively covered the impact of the health crisis and published photos of dead bodies floating in the river, which ostensibly offended the government,” said the letter.

The offices of the Bharat Samachar television channel, in Uttar Pradesh, were also raided on that day.

The IPI pointed out that threats and legal harassment by the central government and states ruled by Bhartiya Janata Party against independent media has been increasing. “Since the beginning of this year, as many as 18 cases of attacks on journalists, eight cases of arrests and 20 cases of legal harassment have been recorded by IPI. In all these incidents, journalists and media organisations were targeted for their criticism of the federal or state governments”.

These attacks have had a “chilling effect and forced journalists to practice self-censorship in the largest democracy in the world,” said the IPI letter.

Stating that the Narendra Modi government has resorted to legal harassment of journalists and media groups, the letter said that  laws on sedition, and those like the Unlawful Activities Prevention Act and the Disaster Management Act, have been invoked against several prominent editors and journalists who have questioned the government’s handling of the COVID-19 pandemic.

The letter, signed by IPI Executive Director Barbara Trionfi, urged Secretary Blinken to “raise the issue of press freedom during your bilateral meetings with Indian leaders”.

It also called on him to make a “public statement expressing concern about the rapid decline in press freedom and harassment of journalists, as this would raise the sagging morale of editors and journalists in the country, as well as remind the Indian government that the international community has not turned a blind eye to the sordid developments in India”.