Which Country Has the Unenviable Title of the World's Worst Jailer of Journalists?

China, Turkey and Egypt take the top three spots for jailing the most number of journalists in 2020, a year that saw democratic rights retreat across the globe. 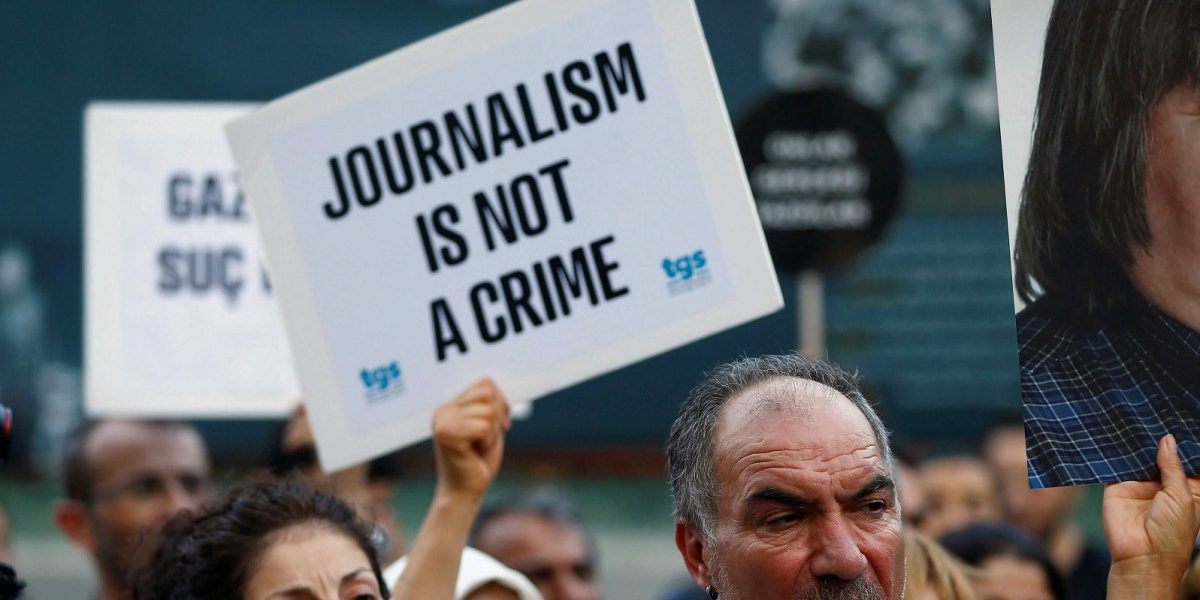 Last week, a court in China sentenced citizen journalist Zhang Zhan to four years in jail for her first-hand reporting about the outbreak of the pandemic in Wuhan. Zhan’s accounts of deserted streets and overcrowded hospitals were not in line with the government’s narrative and her lawyer stated that she was jailed for “picking quarrels and provoking trouble”. Ahead of her sentencing, The Committee to Protect Journalists, an advocacy group, released its latest annual census showing the number of journalists imprisoned across the world. Unsurprisingly, China was named the world’s worst journalist jailer once again.

274 journalists were in jail due to their work as of December 01, 2020, a figure that exceeds the high of 272 recorded in 2016. More than 250 journalists are behind bars for the fifth consecutive year amid a lack of global leadership on democratic values, particularly in the US. China is the worst jailer with 47 journalists identified as being in prison there. Turkey came second with 37 while Egypt came third with 27.

China and Turkey have consistently vied for the unenviable title of the word’s worst jailer of journalists. In line with President Xi Jinping consolidating his control over the country and implementing tighter controls on the media, China has continued to imprison members of the media and it moved into first position in 2019. Arrests of journalists have been notable amid a Muslim crackdown in Xinjiang province and some of those have been incarcerated for journalism activity carried out years earlier. Arrests have continued amid the coverage of the pandemic’s outbreak in Wuhan.

Turkey comes for imprisonments with its total noticeably in recent years. That decline is not as positive as it seems and does not represent an improvement in the fortunes of Turkish media. Rather, it reflects successful efforts by President Erdoğan to clamp down on independent reporting and criticism. Dozens of journalists that are not currently in jail in Turkey are still facing trial or appeal and could yet be sentenced while others who have been sentenced in absentia could face lengthy stints behind bars upon their return to the country.

Egypt has continued to arrest and charge journalists with its total number reaching 27, matching a record set in 2016. According to the CPJ, the crackdown has continued sometimes because of rather than in spite of Covid-19 with at least three journalists arrested for their work covering the pandemic. Saudi Arabia’s attitude towards critical journalism hardly needs an introduction after the barbaric murder of Jamal Khashoggi. As of December 2020, 24 journalists are in prison in the kingdom. 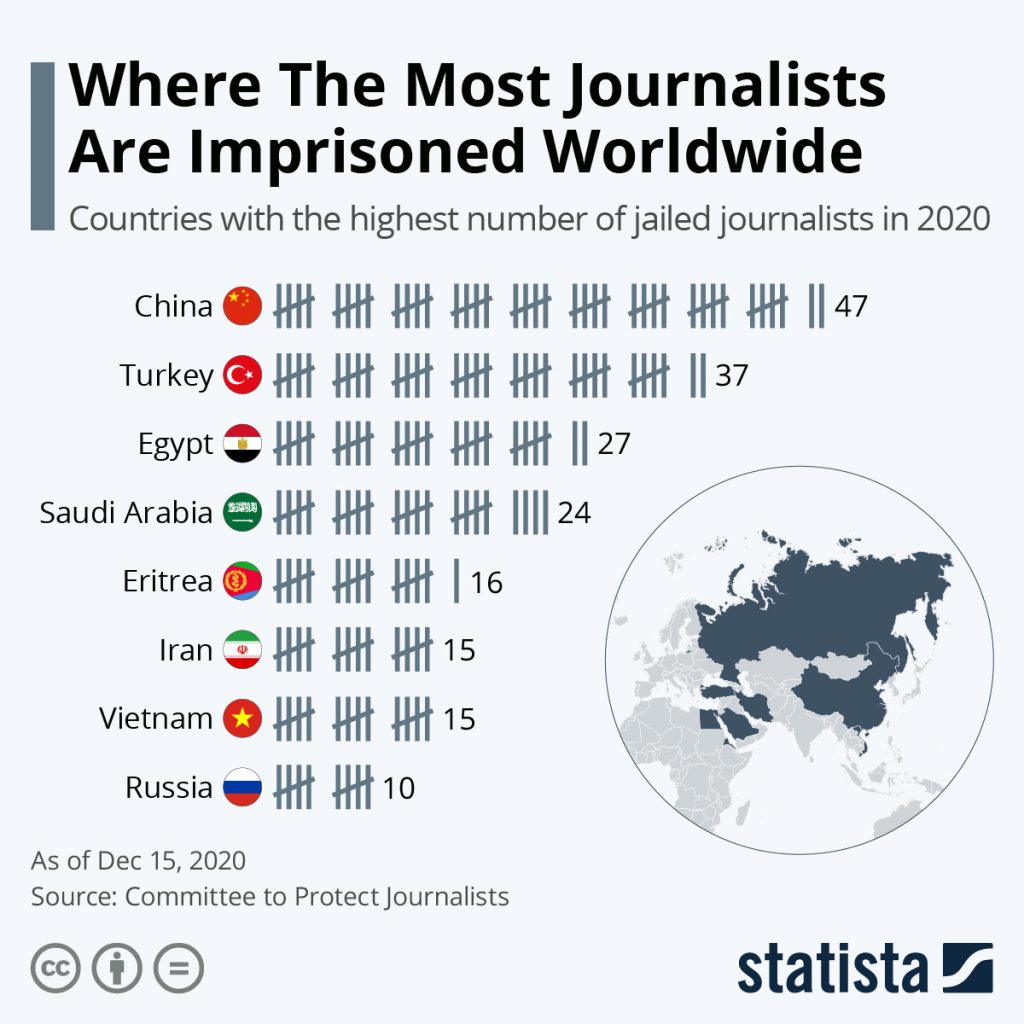