"No person or institution, whether private or public, shall engage in any act that violates or threatens the right to life and security of any journalist or media practitioner," reads a section of the Bill. 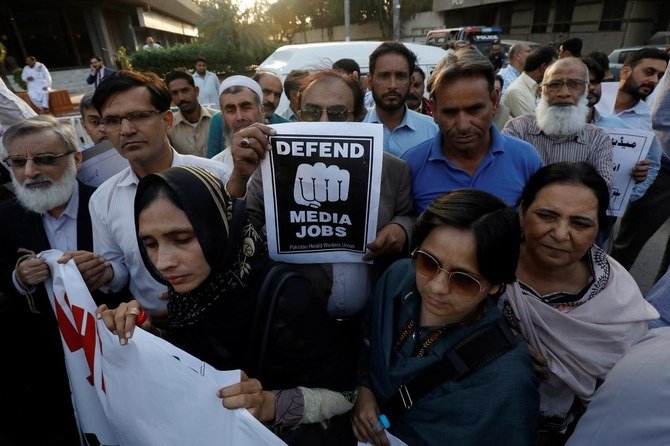 New Delhi: The Sindh assembly in Pakistan has passed a law to try and protect journalists and other media professionals working in the region. The Sindh Protection of Journalists and Other Media Practitioners 2021 was passed unanimously by the assembly on Friday (May 28).

The Bill, according to Dawn, protects both journalists and their sources. Journalists will not be made to reveal their sources, and will also be protected from “unlawful or arbitrary restrictions” while going about their jobs. It creates a body called the Commission for the Protection of Journalist and other Media Practitioners, which “will look into the complaints to be filed before it in respect of act of harassment, sexual harassment, violence, and threats of violence against a journalist or media practitioner, whether perpetrated by any person or groups of persons or public or private institution or authority”.

“No person or institution, whether private or public, shall engage in any act that violates or threatens the right to life and security of any journalist or media practitioner,” reads a section of the Bill.

The International Federation of Journalists (IFJ) and its affiliate, the Pakistan Federal Union of Journalist (PFUJ), have welcomed this law, calling it a landmark decision. The IFJ statement says,

“The bill attempts to ensure the protection of media workers in the Sindh province and envisions the creation of a “Commission for Protection of Journalists and Other Media Workers” to proactively protect journalists under the new law. The commission is comprised of government officials and “non-official members”, including PFUJ representatives. It is responsible for producing an annual report on “the State of Safety and Security of Journalists and Media Practitioners in the Province of Sindh”.

The bill also requires employers to provide adequate insurance and training for media workers “at risk of being attacked, injured or killed because of their work”, it enshrines a protection against disclosing professional sources of information, and introduces a range of requirements for the government to ensure the protection of journalists. The government is now required to provide legal assistance for the protection of journalists and the bill seeks to ensure laws related to counter terrorism or security are not arbitrarily used to hinder the work of journalists.”

Journalists often face threats, violence and attacks for doing their jobs in Pakistan. The country ranked 145 out of 180 countries on Reporters Without Borders’ 2021 World Press Freedom Index.

“The passing of the Sindh journalist protections bill is a significant milestone in Pakistan when it comes to ending impunity for crimes against journalists. The IFJ hopes that the passing of this bill will allow for good faith consultation between the government and journalists’ unions to ensure the protection of journalists now and for years to come,” the IFJ said.

The Bill was drafted in collaboration with several journalists’ unions.