A group of NWMI volunteers studied 185 news and talk shows across 31 TV channels in 12 languages for a week in September 2021. 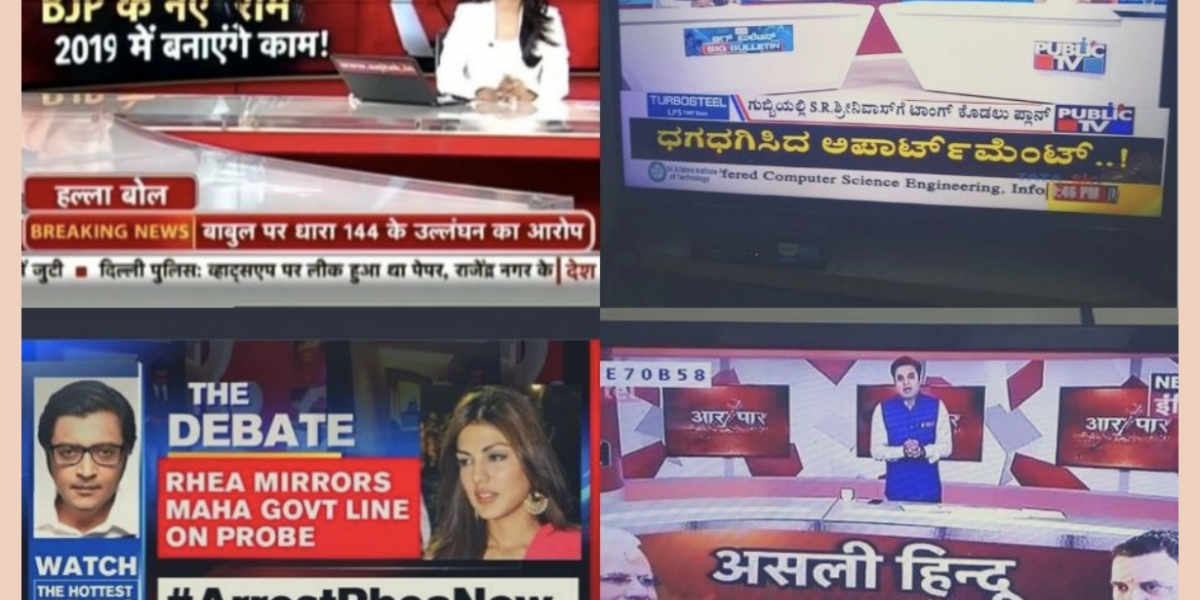 New Delhi: The Network of Women in Media, India (NWMI) – a forum for women in media professions – has conducted a study on how hegemonic and toxic masculinities play out on India’s TV news. A group of NWMI volunteers studied 185 news and talk shows across 31 TV channels in 12 languages for a week in September 2021.

The attitude of the news anchors, the study finds, differs depending on whether they are reading a news bulletin or anchoring a talk show: “While aggression was observed in more than 50% of all the news shows sampled, the number rose to 85% for talk shows.”

“…while news was generally presented in a relatively straightforward manner, with little or no observable affect, in discussion panels and talk shows, anchors, hosts and guests engaged in performance that could be read as aggressively masculine”. Panels with multiple guests, the study says, brought out even more masculine behaviour.

This masculine aggression, the report makes clear, is not exhibited only by male anchors – female anchors often portray the same behaviour, even if to a lesser extent. “Panels moderated by male anchors revealed relatively more aggressive masculinist behaviour on several metrics than those moderated by female anchors. In the former, members of panels challenged each other more frequently (54.55%) than in the latter (12.07%). More shouting by speakers over one another was also observed in male-moderated panels (48.75%) as compared to female-moderated panels (15.52%).”

“Tone of voice was found to be the most common expression of aggression (76.76%), while supporting elements such as sound and visual effects signifying aggression occurred frequently, too (60%),” the report states. 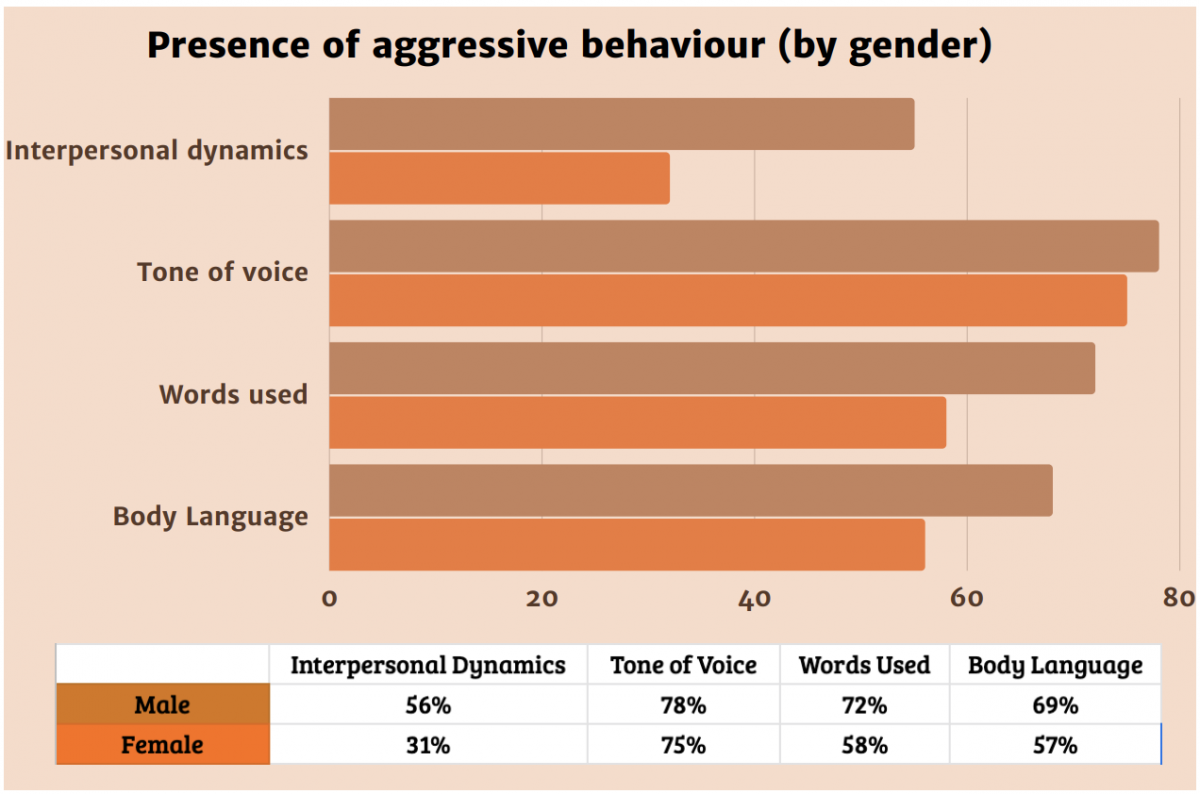 While conducting the study, coders were asked to look for verbal and other signs of aggression and anger, dominance, sexism and positive behaviour.

The report has noted some differences across different languages:

“English media constituted 19% of the sample (N) and English was at the top of the list of languages in terms of the number of TV channels monitored for this study. The variable of ‘Aggression’ was found to be ‘highly present’ in English media, flagged the most number of times and constituting 24.72% of the total noted occurrences of this dimension. Media in Gujarati, the third most monitored language despite making up only 10% of (N), came next at 15.93%.

For the variable of ‘Dominance’, Hindi took the lead, with ‘highly present’ making up 34.86% of the total number of occurrences of this variable, followed by English at 22.93%. It is to be noted that Hindi media constituted 10% of the sample. Bengali, the second most monitored language (14%), appeared to have fewer elements of dominance, with its share of ‘highly present’ placed at 6.4%.

Tamil programming constituted only 5% of (N) but it had the maximum share of ‘highly present’ for the variable of ‘Sexism’ – 38.70%.”

Given the state of affairs detailed in the report, the authors believe that positive change is required. For this, they have listed certain recommendations, including harbouring a more professional atmosphere, formatting talk shows such that the anchor, sound effects, graphics etc. do not further mark polarised opinion, sensitisation and training for reporters and anchors, and holding stakeholders responsible, including others.