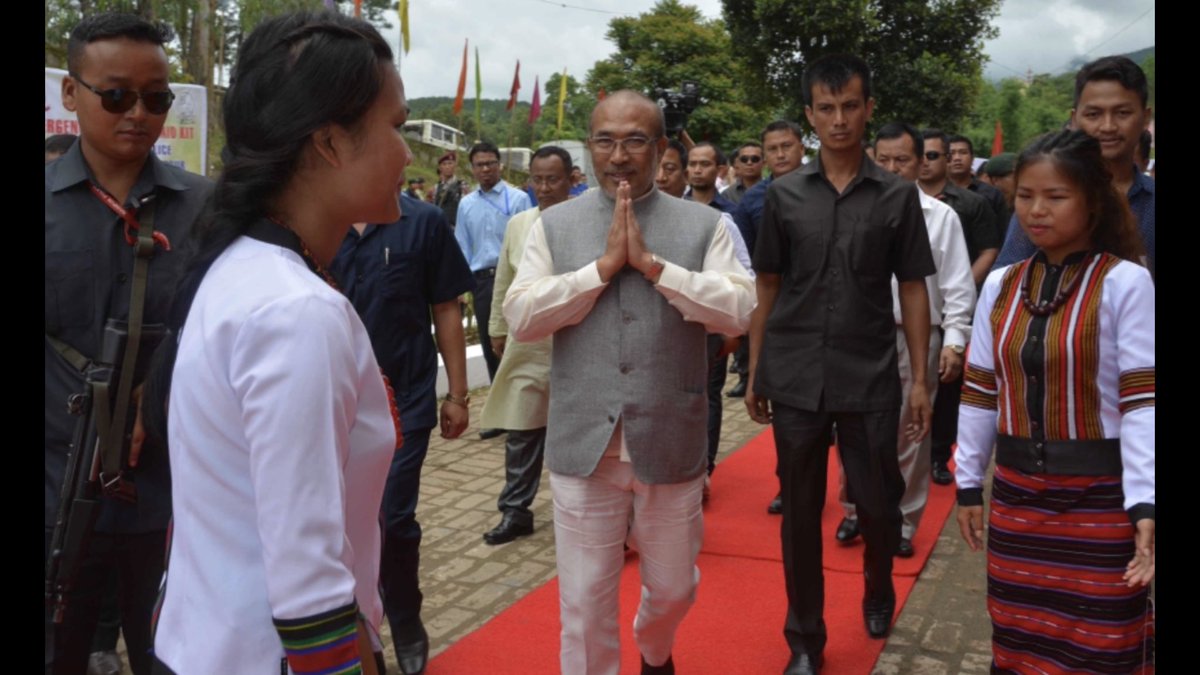 New Delhi: Manipur journalists staged a protest march from outside Manipur Press Club to chief minister N. Biren Singh’s official residence in Imphal on Saturday against the recent arrest of a colleague for allegedly writing inflammatory posts on social media and demanded his release.

According to a Newslaundry report, television journalist Kishorechandra Wangkhem was taken into custody on the night of August 9 and charged under IPC sections 505(2) and 506. Wangkhem, who continues to be in custody, works as an anchor and sub-editor at Information Service Television Network and hosts a programme covering politics and society.

The journalist has been accused of writing Facebook posts with the intention of inciting public mischief. He has also been charged with criminal intimidation, Scroll.in reported. According to the first information report, Wangkhem posted pictures on the social media platform with captions that were intended to“cause fear or alarm to sections of the public whereby any person may be induced to commit an offence against the state or public tranquility and incited any class or community of persons to commit any offence against any other class or community, promoting enmity or hatred between classes on ground of religion, caste or community.” On August 10, he was produced before the chief judicial magistrate of Imphal and sent to 15-day police custody.

“We live in a democracy where everyone is entitled to express their views,” Ranjeeta Elangbam, Wangkhem’s wife, told Newslaundry. She further told the online news portal that Wangkhem was called to Imphal police station on August 9 to have a word with the police, but she was later informed that he had been arrested. “They say he committed a cybercrime without even specifying the posts for which he has been arrested,” she added.

Sub-inspector Ritu Oinam, who is the investigating officer in the case, said that Wangkhem had been arrested for two Facebook posts since “they can create communal tensions”. One of these posts, dated August 7, abbreviated Bharatiya Janata Party as ‘Budhu Joker Party’.

All Manipur Working Journalists’ Union president Brojendro Ningombam, who is also the editor-in-chief of the cable network where Wangkhem works, met Biren Singh on Saturday and tendered an apology on the journalists’s behalf. This has not gone done well with many in the media fraternity, which has slammed Wangkhem’s ‘arbitrary’ arrest and demanded his swift release.

Biren Singh has reportedly assured people that the journalist will soon be released on bail.

Paojel Chaoba, a senior reporter at Imphal Free Press, said the incident has laid bare the government’s vindictiveness. Chaoba said the government is making a mockery of democracy and it “should refrain from continuing with its dictatorial stance”.

The arrest of Wangkhem, who has been an outspoken critic of the BJP-led state government, has come at a time when press freedom has come under attack with the ruling government being held responsible for stifling voices critical of it.