Several on social media shared images claiming a man was beaten for attending a Muslim wedding in Kerala. The man was an actor and had makeup on for a fictional TV series. 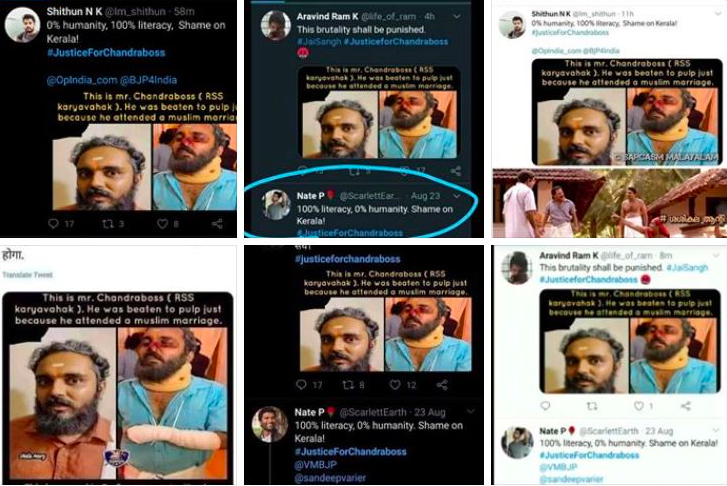 Several Twitter and Facebook users have juxtaposed two images of a man, one of which shows him badly wounded. The text on the image reads, “This is Mr Chandraboss (RSS karyavahak). He was beaten to a pulp just because he attended a Muslim marriage. This happened in God’s own country Kerala.” 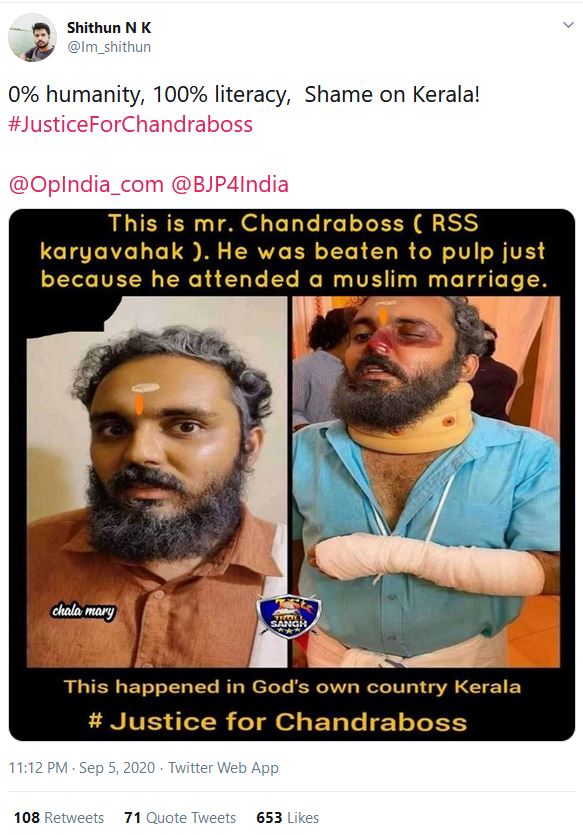 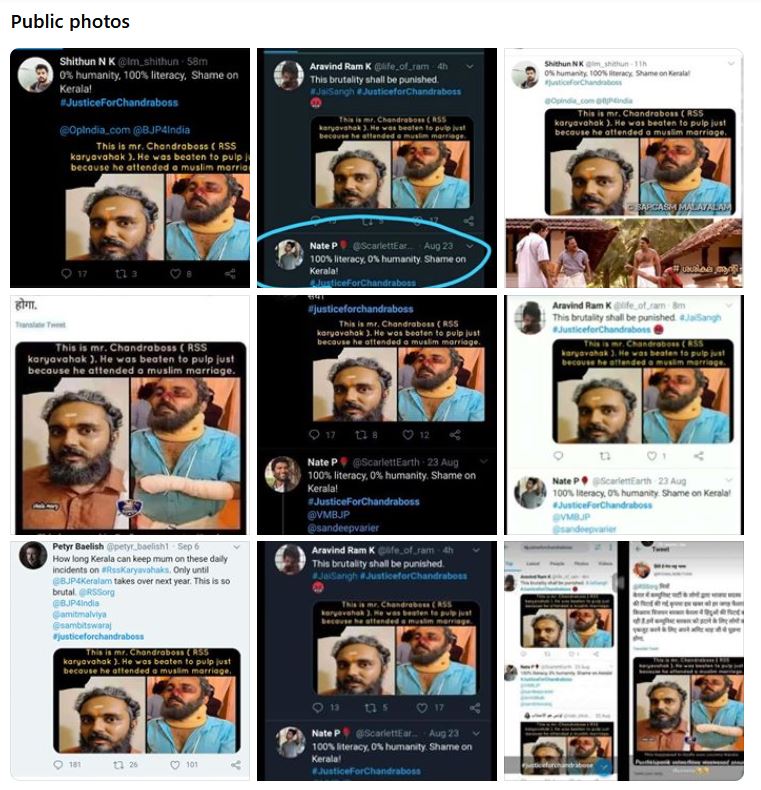 Alt News glanced at replies to the tweet by @Im_shithun and found a tweet by @JoySojo which stated that the pictures are from a Malayalam web series called ‘Karikku’.

Using this as a clue we performed a keyword search on Facebook and found the official page of Karikku. The Hindu reported, “Karikku with 2.6 million (26 lakh) subscribers leads the list of top Malayalam content creators on YouTube.”

The page uploaded a photo that shows actors of the series ‘Smile Please!’. In the photo, we can see the man in a viral image.

While we couldn’t find the exact frames seen in the viral images, we found the man wearing identical clothes as in the video.

The actor’s name is Arjun Ratan. On August 19, Ratan had posted the viral images on his Instagram.

This was earlier fact-checked by The Quint. 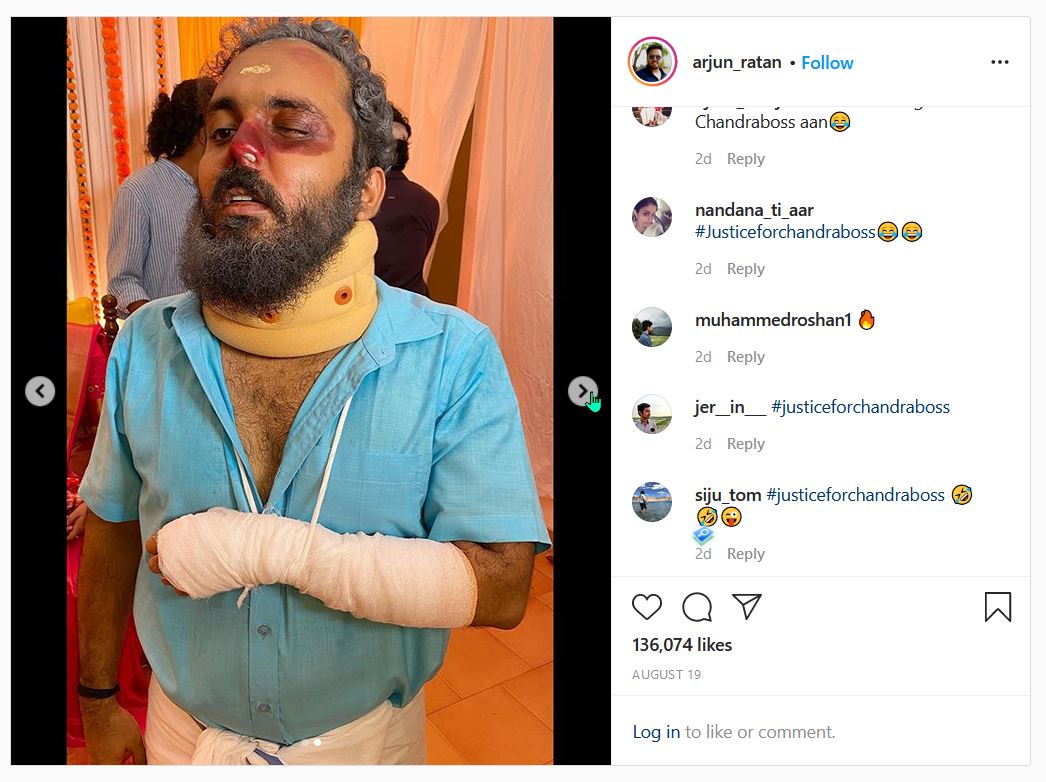 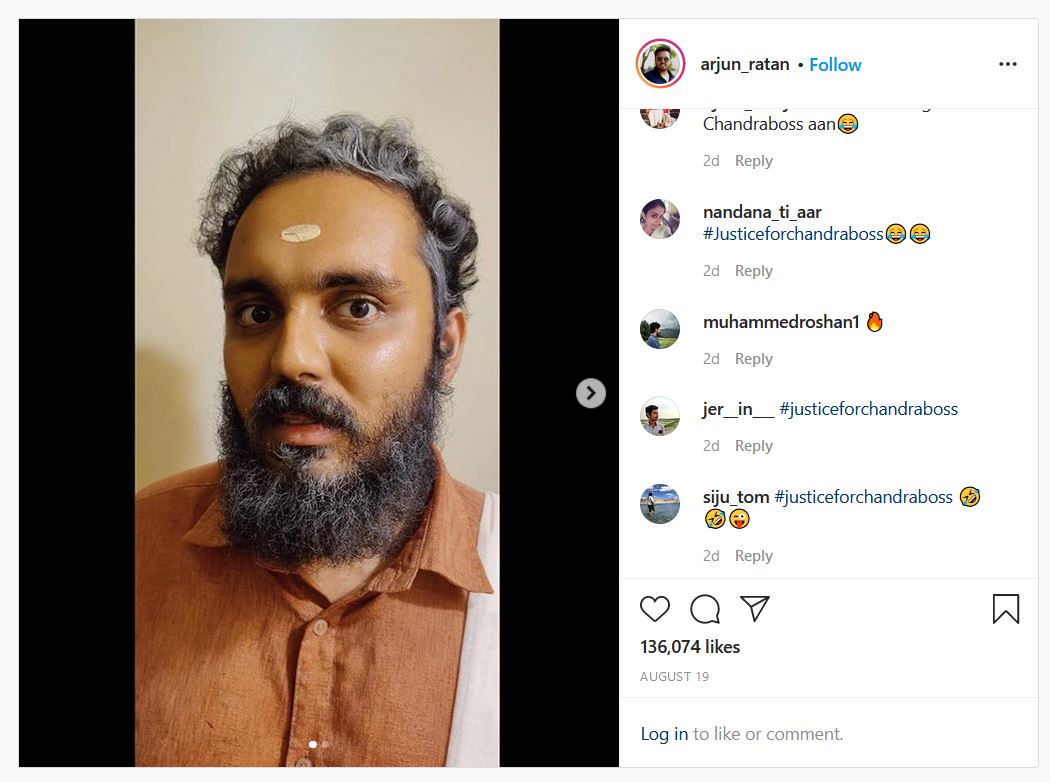 Thus the social media claim that the viral image shows an RSS worker who was beaten up for attending a Muslim wedding is false. The images were posted by actor Arjun Ratan who played a role in a Malayalam YouTube web-series.

This article was first published on AltNews. Read the original here.