Why Mail Today Will No Longer Be Carrying My Cartoons

When I said a cartoonist’s opinion should be valued, the editor asked the news desk to drop the cartoon I had made about China's influence on the region and carry a photo instead.

The cartoon Mail Today did not want to publish. Credit: Satish Acharya 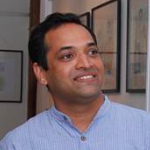 This article has been edited to append a response from the editor of Mail Today, which was received by The Wire at 3:57 pm on August 13, 2018

‘Drop the cartoon and carry a photo.’

The cartoon he rejected was about how China is surrounding India by spreading its influence in countries like the Maldives and other countries. The editor said the cartoon is ‘Very defeatist and the China problem is being overplayed’.

I thought, this is how a cartoonist looks at the growing influence of China on Indian interests, so I said it’s debatable and the cartoonist’s opinion should be valued. And in response, he asked the news desk to drop the cartoon and carry a photo.

For many days now, I have been battling to protect my freedom, to protect the sanctity of a cartoon column. Perhaps for the editor a cartoon is just three column spaces, but for a cartoonist it’s a whole world. A world where the cartoonist is free to express his opinion. A world to challenge his own creative boundaries. A world to voice protest, criticise, lament, cheer etc.

This is what I experienced:

(And many of these rejected cartoons were used by other clients and some of them went viral, being shared/retweeted by many including journalists.)

It became very difficult to do cartoons, as too many barriers were placed around me. Out of desperation, I approached many senior journalist friends for feedback. They sympathised with me; some asked me to wait, some asked me to stay strong.

But at the end, I was rudely reminded that the space is owned by the editor, the paper. And they can just drop my cartoon and carry a photograph instead.

But this humiliating experience is hurting.

As a cartoonist, I expect my editor to respect my opinion and also trust the boundaries I have drawn for myself. Cartoonists are not bound to mimic an editor’s voice. Cartoonists are supposed to and expected to express an independent voice.

Of course, an editor is within his rights to differ with a cartoon and inform the cartoonist. But he should be open to discuss, without being dictatorial.

My cartoons used to appear in the op-ed page of Mail Today, where I thought some of the columnists enjoyed more freedom than my cartoons!

Luckily, I have a few other clients, where the editors respect my opinion and trust my cartoons, even when they don’t agree with me. I hope we will have more such large-hearted editors. And I also have social media, where independent voices get an audience.

Ironically, the personal website of Bharatiya Janata Party chief Amit Shah carries most of my cartoons featuring him, many of which are very critical. As famously quoted, when they are asked to bend, they chose to crawl!

Freelance cartoonist Satish Acharya has been a regular contributor to Mail Today, and this is the first instance in the recent past that his contribution has been dropped. As a newspaper, we are under no obligation to carry content that fails to pass our editorial standards; the cartoon in question did not. On some other occasions, when his cartoons have been on sensitive issues – including particular communities or courts – we’ve discussed it with him and carried a mutually agreed revised version. For sure, Acharya has a right to creative differences with us, but so does the newspaper, and to make baseless accusations and try to assign motives where none exist is unethical. We do not act on the dictates of any entity. Our editorial integrity is inviolable – and stays unaffected by Acharya’s false allegations.

This article was first published as a Facebook post on the author’s profile profile and has been republished with his permission. The article has been lightly edited for style.