Cobrapost's latest revelations have been met with two injunctions, two notices and one failed attempt to get an injunction. In March, when the first half of its investigation was released, no media house took the legal route. 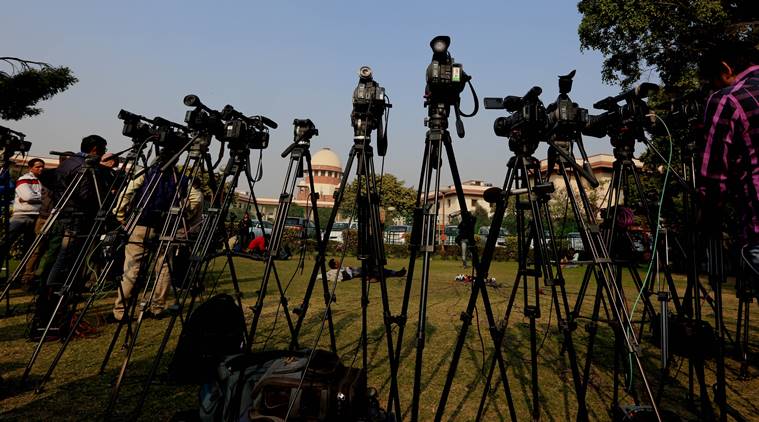 New Delhi: While none of the 17 media organisations which had figured in Part I of the sting conducted by Cobrapost, titled ‘Operation 136’, took legal recourse against the portal following the release of secretly recorded conversations with its executives in March this year, four major media groups out of the 27 shown in Part II a few days ago have already either taken injunctions from court or sent legal notices to the portal.

At least one major television network is also learnt to have made a bid in vain to seek a take down order from a Delhi court.

Both parts of the sting showed media organisation owners or executives warming to business proposals made by Cobrapost‘s undercover reporter that sought to promote a Hindutva political agenda for a price.

Amongst the first of these media houses to move court was the Dainik Bhaskar group. As Cobrapost had planned to announce the details of the second part of its sting at 3 pm on May 25, the group had moved the Delhi high court a day earlier and obtained an ex-parte injunction restraining the release of “the documentary, Operation136, Part II”.

As a result, Cobrapost decided not to upload the videos or the story pertaining to the Bhaskar group and went ahead to release those pertaining to other media houses at the designated hour.

The Bhaskar group’s plea was that ‘if Operation 136: Part II is allowed to be released in public domain, then irreparable loss and injury will be caused to [our] reputation … which cannot be undone’.

On Wednesday morning, May 30, Cobrapost’s challenge to the injunction came up before the chief justice in the high court.

Representing the portal, Kapil Sibal argued that the sting operation was conducted on senior management including the deputy managing director and CFO of Dainik Bhaskar, who agreed on tape to accept cash for publishing material that would polarise. Sibal argued that gag orders against publication are deprecable. He also told the court that the general manager indicated to the undercover reporter that he would arrange for counting machines etc. to deal with the cash. He argue that the rot ran deep and the question is of public interest which will have an impact on the 2019 elections.

At this point the chief justice recused herself from the matter and directed its listing before another bench at 2 pm the same day.

In its hearing, the division bench of the high court subsequently admitted Cobrapost’s appeal, argued by senior advocate Raju Ramachandran, against the injunction granted by the single judge restraining it from publishing the Dainik Bhaskar recordings. The bench did not agree to lift the injunction but it issued notice to the newspaper and  listed the matter to be heard on July 3, after the court’s summer recess.

Meanwhile, Cobrapost has also taken down the recordings pertaining to Suvarna news channel as the latter has obtained an injunction from a Bengaluru court. In a note,  the portal states: “Even though the video/story was published prior to the order dated 25.05.2018 passed by the Principal City Civil and Sessions Judge, Bengaluru in O.S. No.3527/2018 titled as M/s Suvarna News and Anr. Vs. M/s Cobrapost and Anr., in deference to the matter being sub judice, we are hereby taking down the videos/material pertaining to Suvarna news channel.”

The portal said this was not a take down order, but an injunction. Sources said another big television media group had attempted to obtain a take down order from a Delhi court, but the judge had rejected the demand and asked it to come after the vacations.

Meanwhile, the Times Group and the India Today Group are also learnt to have sent notices to the portal protesting the display of videos of their senior functionaries as part of the sting operation.

You can read The Wire’s coverage of the Cobrapost investigation here.