The editor of the banned 'Kashmir Reader' says he was not even served advance notice about the closure. 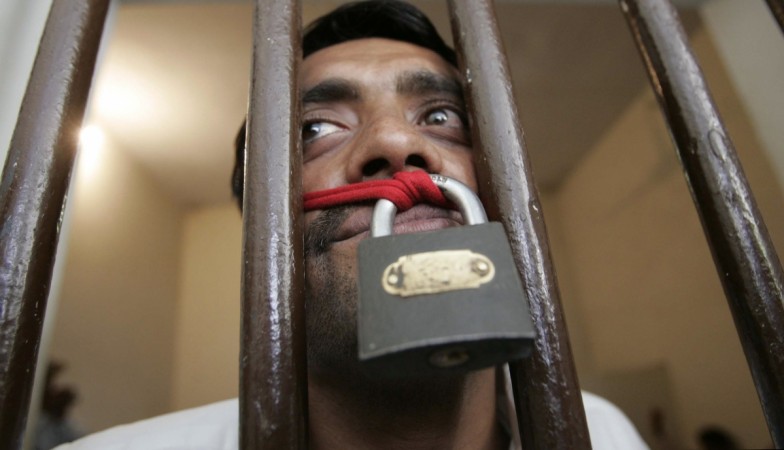 New Delhi: The ban imposed by the Jammu and Kashmir government on printing presses publishing copies of the daily newspaper, Kashmir Reader, has brought into sharp focus the ability of the state to clamp down on the media for running stories which it says can incite violence or disturb the peace. While various media organisations in the state have taken up the issue with the PDP-BJP coalition government, the failure of the government to serve proper notice to the newspaper in advance – explaining the reasons for its action – has invited widespread criticism.

Mir said that when the ban was imposed, six state police personnel came to the newspaper office with the order and made its staff receive it officially. “So why was this practice not followed with the earlier notice?”

Since the printing ban, Mir said the newspaper has also not been publishing any new stories online as “we want to have a conciliatory approach and not look defiant”.

Kashmir Reader,  launched six years ago, is known for its anti-establishment stand. It has often run into trouble with the government for some of its sensational stories. One of these, published in July this year, carried the headline “CRPF men brutalise family, attempt to rape and kill”. The state government banned the story, but it was widely shared through the social media.

The CRPF public relations officer had said at the time  that the story was “totally baseless. It’s purely a case of maligning the reputation of the force.” Mir, on his part, claimed the CRPF “threatened our editor-in-chief, Haji Hayat Mohammad Bhat when we published the story.” Defending the decision to run the story, he told The Wire that a police officer – whom the newspaper did not name – who had seen the incident, stood by his statement after the CRPF denial.

Asked about this and other unsourced stories published by Kashmir Reader, Mir said the problem faced by local newspapers in the state was of getting the official version on any incident. “It is our duty as journalists to take the version of the government, police, central forces or army, as the case may be, when an incident is reported. But we normally do not get any response despite repeated phone calls, SMSs and e-mails. The national and international media do not face a similar situation. It is a systemic problem.”

This, Mir said, often leads to stories being carried without the official version. “In the case of local newspapers, this appears all the more stark because they carry far more stories than others. Moreover, ever since the July uprising, the accusations of repression have only increased.”

Another journalist, Masood Hussain of Kashmir Life, told The Wire that it was after nearly quarter of a century that the Jammu and Kashmir government has imposed such harsh measures against any publication. “Way back in 1989, when Jagmohan was the governor, the printing of newspapers was banned similarly. But since then, while during curfews and bandhs, we face problems in circulation, such a ban has never been imposed.”

He said the Kashmir Editors’ Guild, of which Kashmir Reader was also a part, was taking up the issue with the government. The guild had earlier described the ban as “against the spirit of democracy and freedom of press”.

While the ban has been reported extensively across the country, the Editors’ Guild of India is yet to take a view on it. Its president, Raj Chengappa said, “So far we have not taken a considered decision on the issue. Normally we don’t react instantaneously. We first check all the facts. And that is what we are doing right now. Thereafter, we will issue a statement.”

The guild is studying all the aspects of the case. The government order, issued by district magistrate of Srinagar, had stated that “on the basis of credible inputs it has been observed that the daily newspaper, namely Kashmir Reader, published within the jurisdiction of district Srinagar contains such material and content which tends to incite acts of violence and disturb public peace and tranquility.”

“Therefore,” it had said, “it has become expedient in the interest of prevention of this anticipated breach of public tranquillity to forthwith take necessary precautionary measures.”

The order was issued by the district magistrate invoking the powers vested in him by “Section 144 CrPC (Code of Criminal Procedure) read with Section 3 of Newspapers Incitement of Offences Act, 1971 and Section 10 of the Press and Publication Act, 1989”. He directed the printer, publisher and owner of Kashmir Reader to “abstain from printing and publishing} of the newspaper “till further orders”.

However, the action has drawn criticism from rights groups. Amnesty International India on Tuesday demanded that the ban be revoked. It said “The newspaper has extensively covered the violence in Kashmir in recent months, and reports of human rights violations by security forces.”

Noting that the “the district magistrate’s order does not specifically mention any news items in Kashmir Reader that incited violence,” executive director of Amnesty International India, Aakar Patel said: “This vaguely-worded shutdown order suggests that the newspaper is being targeted for its reporting.”

“The media plays a crucial role in reporting human rights abuses. The government has a duty to respect the freedom of the press, and the right of people to receive information. It cannot shut down a newspaper simply for being critical of the government,” he added.

In July, he recalled that the state government had similarly shut down the publication of three local newspapers in Kashmir for three days on vague grounds.