Despite several requests to the administration, efforts have proven "futile" as internet and mobile services have not been restored to journalists yet, the club said. 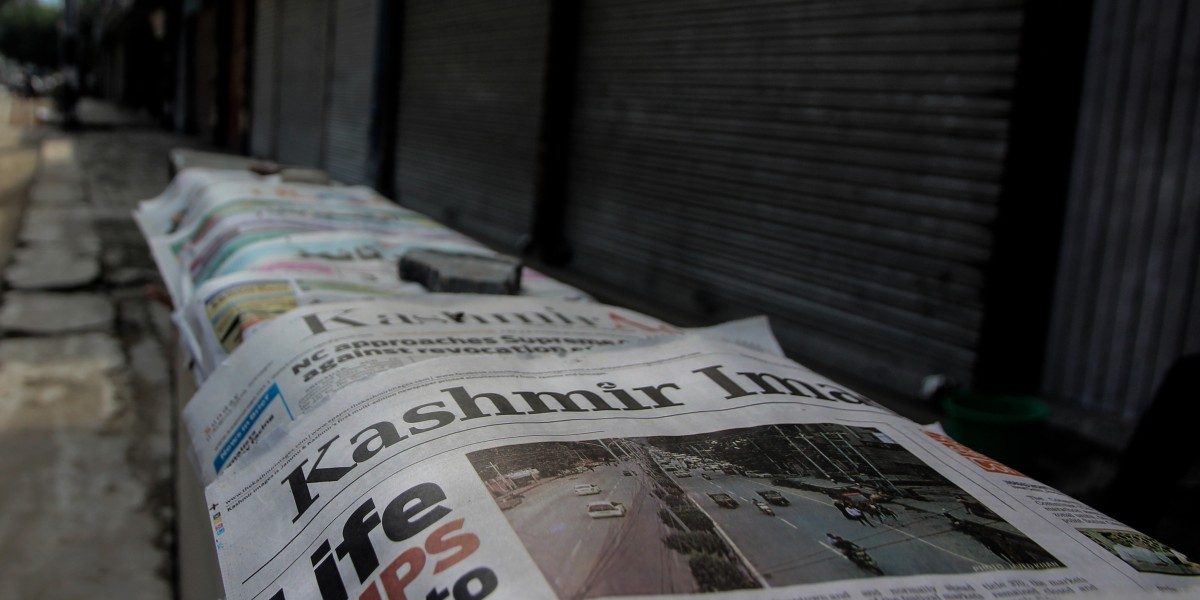 Srinagar: The Kashmir Press Club (KPC) on Tuesday expressed serious concern over the “unprecedented communication blockade” in the Valley and criticised the authorities for allegedly asking some senior journalists to vacate their government accommodation.

The KPC also described the action as “harassment aimed at coercing journalists to toe a particular line”.

“At least three senior Kashmiri journalists Aijaz Hussain, Fayaz Bukhari & Nazir Masoodi were asked to vacate the government accommodations as soon as possible, which is nothing but harassment aimed at coercing journalists to toe a particular line.” #Kashmir Press Club statement. pic.twitter.com/0z99WUitO4

Denouncing the curbs imposed on media and journalists in Kashmir, the press club’s executive committee said in a meeting that due to “unprecedented communication blockade” affecting mobile telephony, Internet and telephone landlines, journalists have been “crippled, overwhelmingly disabling them from reporting the ground situation”.

“Since the communication blockade was imposed over the region on August 5, the club took up the issue with government authorities on several occasions, urging them to restore mobile phones, Internet and telephone landlines to journalists and media outlets, including newspapers, and also the club itself,” it said.

“But all these efforts have proved to be futile as these services have not been restored to journalists till date,” the KPC said in a statement.

It said currently, hundreds of journalists – both local and visiting and media workers – are forced to wait in queues for their turn to file assignments at the makeshift media facilitation centre here.

“The centre is equipped with only five computers and a low speed Internet connection,” the statement said.

Despite repeated reminders by the press club, the directorate of information and public relations has not made any attempt to enhance services including open access to WiFi for journalists at the centre until the internet and telephone facilities are restored in the Valley, the KPC claimed.

“The Kashmir Press Club demands that the government restore internet and telephone facility to journalists and media outlets,” the statement read.

“The executive committee meeting also expressed serious concern over the harassment of Kashmiri journalists and pressure tactics adopted by the government.

“It is noted with concern that at least three senior journalists… were asked by the government to vacate the government accommodations as soon as possible, which is nothing but harassment aimed at coercing journalists to toe a particular line,” it said.

A PIL has been filed before the Supreme Court against the restrictions imposed on the media in Kashmir by Anuradha Bhasin, the executive editor of Kashmir Times.