Journalists of several organisations demonstrated, noting that charges against Kappan under the UAPA and other laws were arbitrary. 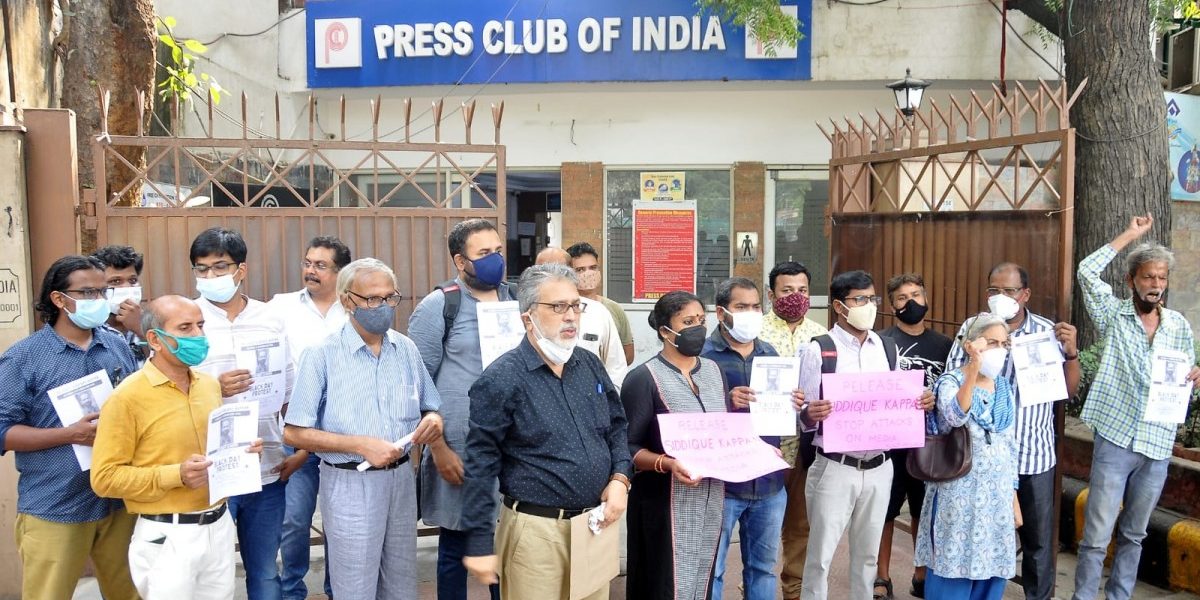 New Delhi: Members of various journalist unions staged a demonstration outside the Press Club of India (PCI) on Tuesday, October 5, demanding immediate release of Kerala journalist Siddique Kappan who has been in jail for a year.

Kappan was and three others were arrested last year while travelling to Hathras to meet the family of the Dalit teenager who had been gang-raped and left to die by four ‘upper’ caste men.

The four were initially arrested on apprehension of causing breach of peace, but were later slapped with stringent charges of sedition.

“Today, we have organised this programme to mark completion of one year of Kappan being in jail. He was arrested even before going to the spot. Till date he is behind bars. We are fighting for a free media. There should be no curbs on the media if someone is going to a spot to report,” said PCI president Umakant Lakhera. 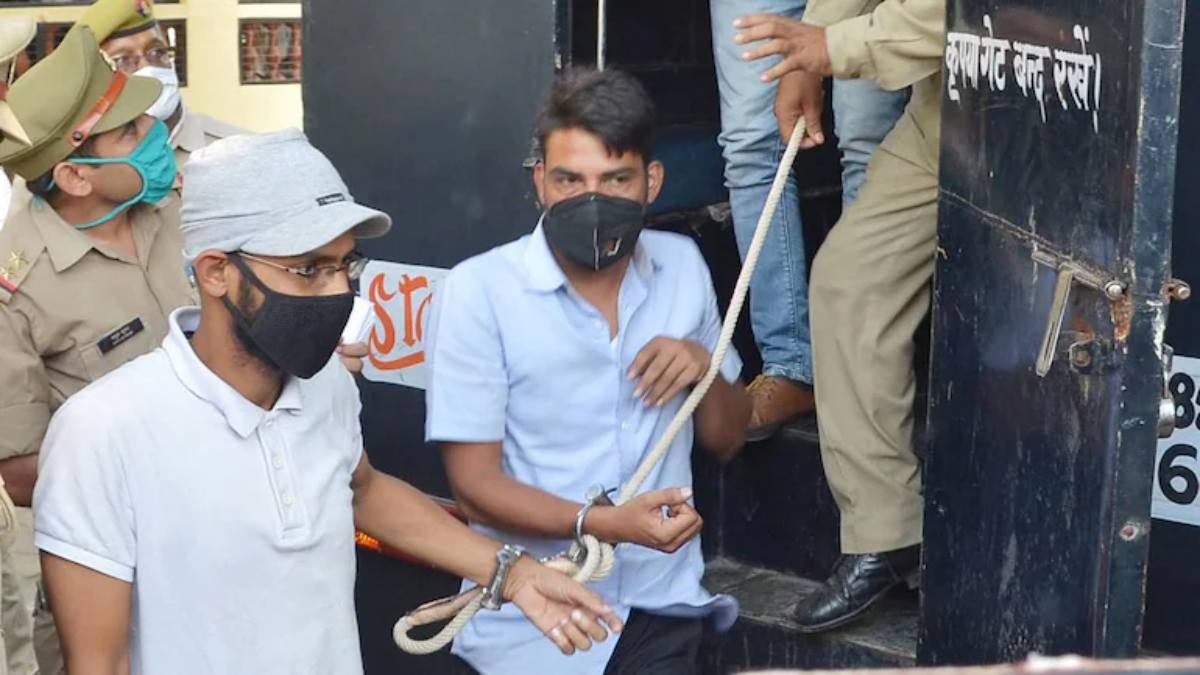 He said the charges against Kappan under the UAPA and other laws were arbitrary, and that the police had no evidence and had been unable to file a chargesheet within the mandatory 90 days. Despite this, Kappan had been refused bail, he added.

Also read: Mathura Court Drops Proceedings in One Case Against Siddique Kappan, Others

“Spot and investigative reporting is dying day by day. We are appealing to the highest judiciary of the country to release Kappan and to quash the charges against him,” Lakhera said.

DUJ general secretary Sujata Madhok said, “We have gathered here today because it has been one year since the jailing of Kappan and others who were accompanying him and were not journalists….The judiciary must take action. You cannot indefinitely jail people.”

Madhok said cases are deliberately filed in distant towns and police come from other states to arrest Delhi journalists, and cited the case of Vinod Dua. Cases are filed even for tweets and retweets, as happened to journalists Rajdeep Sardesai, Mrinal Pande and others, she said.

Madhok also said a case was filed against journalist Supriya Sharma merely for filing a story about hunger in a village near Varanasi, and also highlighted that Neha Dixit has multiple cases against her for a child trafficking story, Rana Ayyub faces cases for distributing rations during the COVID-19 lockdown.

Jigeesh A. M. of the DUJ said Kappan is severely diabetic, has twice had COVID-19 during his incarceration and his present health status is not known. He said protesting farmers and workers had also expressed solidarity with journalists in the fight for justice for Kappan.

Binu Basil of the KUWJ, which has been assisting Kappan’s legal battle in the courts called for the immediate release of Kappan and the withdrawal of false cases against him.

Delhi University professor Apoorvanand alleged that the charges filed against the four accused are fabricated.

“I have come in solidarity with these people who were arrested while going to Hathras and (under) totally fabricated charges in a very unjust manner. They are languishing in jails for one year. They must be given bail because we don’t see trial taking place soon…,” he said.

Family members and friends of Atiqur Rehman of the Campus Front of India, who was arrested along with Kappan, also joined the protest, demanding the release of all four.

Rahman’s wife Sanjeeda Rehman said that her husband needs immediate medical assistance. The Wire had earlier reported on how Rehman’s serious heart condition is in need of surgery, which he had saved for and which was to take place just when he was arrested.

“His condition is not well. He has to go to AIIMS for medical assistance. My kids ask me where is our father? What can I say to them? Please help me getting justice and release him from jail,” she said.

Rajya Sabha MP L. Hanumanthaiah said, “I have come here from Bengaluru to address the press conference in support of the people who are arrested on sedition cases and have been in jail without trial even after one year….I want all the people…to get bail.”