When journalists start waving the flag, it begins to sound like propaganda

The media in India today has not just become pro-establishment but it has also internalised the larger agenda of the current dispensation. Photo: Pixabay/ Public Domain.

When investigative journalist Seymour Hersh published the news story on the Mỹ Lai massacre in November 1969, there was an immediate uproar in the United States. Hersh’s story, distributed by the Dispatch News Service International and published in several newspapers, revealed how a unit of the US Army had killed unarmed villagers, including children and old men, and raped women. Over 500 villagers were slaughtered by the soldiers.

An uproar followed and there were demands for a new enquiry, since a previous one by the army had found no evidence of wrongdoing. The exposé contributed to the growing anti-war movement in the US. Three soldiers who had tried to stop the killings were denounced by some Congressmen as traitors. Hersh went on to win the Pulitzer Prize for international reporting, his reputation sealed as a top-class investigative journalist.

What if Hersh worked in India?

How would Hersh have fared in today’s India? Firstly, no publication would have published such a story. Writing against the army is one of those things that is verboten in the Indian media. If some publication or website did publish it, both he and the platform would be denounced as anti-national – not just by online trolls, but also by the government and the so-called news channels. Soon there would be all kinds of enquiries opened against him, including a look at his tax returns.

Most of all, his peers would not praise him or hand out awards; instead, they may huff and puff about the insult to our ‘martyrs’ and criticise him for writing ‘negative’ stories about the army. Because it is the journalists who have taken it upon themselves to be guardians of the nation, as super-patriots who will not stand for any slight on India.

Should journalists not be patriots? That is a simplistic question. Any journalist is a private citizen too and can be as patriotic as the next person, but has to clearly demarcate the personal and the professional. A certain distance is essential – from power, from ideology, and yes, from flag-waving. A journalist’s job is posing questions, not just to those in power but also to institutions, whether they be corporate or political. And report the answers to the public.

Public interest is a nebulous term but at the very least it should mean ‘what is in the interest of the public’. And information about those in positions of power and authority is of interest – if stories about the latest acquisitions of the army, or how our ‘brave soldiers’ fought the Chinese on the Line of Actual Control (LAC) can be reported. Why not about weapons failure or the loss of territory to the Chinese? Or, human rights’ transgressions by Indian soldiers, as we have seen in Kashmir and the North East. How does that in any way undermine our faith in the armed forces?

Similarly, getting prickly about world reactions about India as ‘outside interference’ is not the journalists’ job. The US and many Western countries used to lecture India about human rights – it grated because the US often kept silent about worse abuses in nations where it had interests. But human rights are no longer an internal matter of a country. 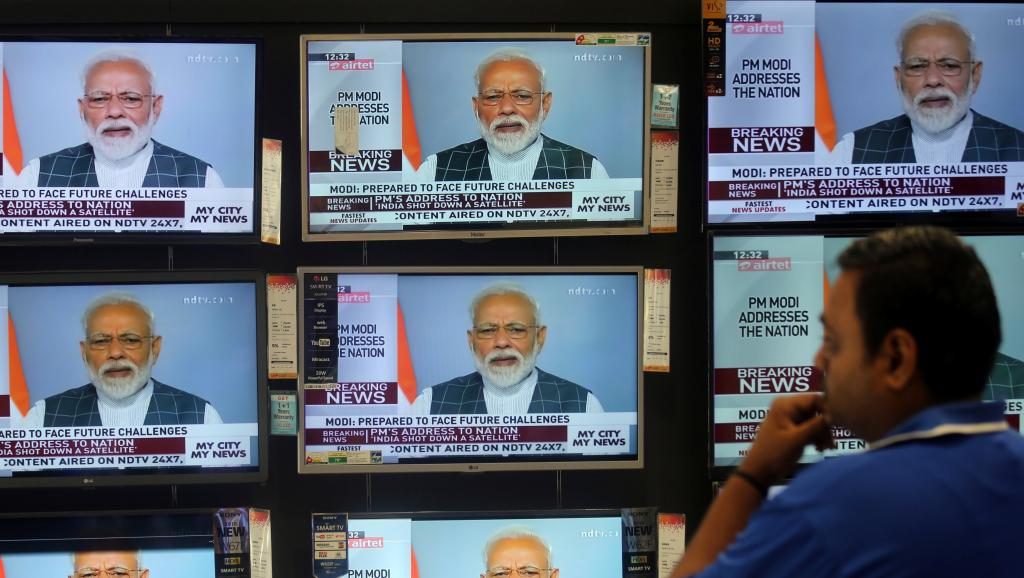 India had in the past expressed concern about the demolition of houses belonging to Pakistani Hindus, even though they were not Indian citizens. This government, with its avowed pro-Hindu policies, has assumed the role of a protector of Hindus around the world, but this too amounts to interference in the matters of other countries.

The media in India has become not just blatantly pro-Narendra Modi and his government, it has also internalised the larger agenda of the current dispensation in varying degrees, from blatant communalism to more insidious hyper-nationalism.

This is hardly new. Often, journalists covering beats such as foreign policy, national security, and defence start identifying themselves with the official position. They are quick to rise to the ‘defence’ of the Indian position on any issue and may go as far as to hold back a contrary or critical view. Often this is to ensure access the governments can be ruthless in cutting off all contact with those who do not toe the line. But it may also result in becoming embedded with the establishment.

In Vietnam, reporters used to scoff at the Five O’Clock Follies, the cynical name given to the official briefings. They cracked jokes, and assumed everything dished out was lies unless proven otherwise. It was this disbelief in the official version that led Hersh and others to go out into the field to check things for themselves, which is how he wrote the My Lai story. 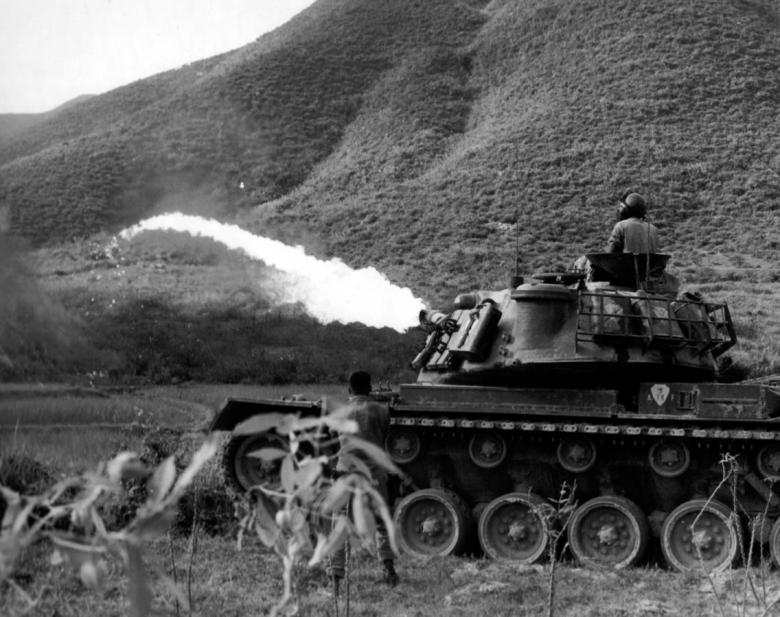 A US Marine tank flamethrower in action near Da Nang, Vietnam, 1965. Photo: REUTERS/Courtesy US Army

The great Robert Fisk, a longtime critic of American and British foreign policy in the Middle East, often said “journalists must challenge authority”.

But the American establishment learned its lessons well after the Vietnam War. In the 2003 Gulf war, the Pentagon attached journalists to specific military units and kept an eye on what they reported, which came to be known as ‘embedded journalism’. Renegades were expelled. Other countries soon began the practice.

There has been no war in India since Kargil, but much of the information of the ‘surgical strikes’ and the conflict between India and China has come from the defence ministry and has been printed almost verbatim.

Social media offers a platform to give a more independent assessment of the situation, which many retired army officers did, but their efforts do not have the same impact as the barrage of propaganda on flag-waving television channels. The issue of lost territory has simply died down, because the government’s narrative simply quashed any counter-view.

The issue of journalists and patriotism is a vexed one, not easy to answer. But patriotism often turns into unstinted support of the government, or its point of view and then it becomes propaganda. This is what we are seeing today. This government has finessed the art of serving propaganda in the name of nationalism, and journalists, who would know things better, have become complicit in it.