The Committee to Protect Journalists has called for Aasif Sultan’s release and asked the state police to “immediately cease” all legal proceedings against him.

Srinagar: Over five months after his arrest, J&K Police have filed a chargesheet against Srinagar-based journalist Aasif Sultan for allegedly sheltering militants who killed a policeman in the city outskirts last August. Sultan is among a total of nine named in the chargesheet.

An assistant editor at the monthly news magazine Kashmir Narrator, Sultan was picked up during a raid at his Batamaloo residence on the night of August 27 following a gun battle in the area earlier that month.

According to the police, militants hiding in a residence at Diyarwani, Batamaloo had fled from the spot after indiscriminately firing at a police party, resulting in the killing of an official, one Parvaiz Ahmad.

Police had confiscated Sultan’s laptop and claimed to have found some “incriminating material” in it. Later, the journalist was accused of harbouring militants in the FIR (No 173/2018) pertaining to the shootout. 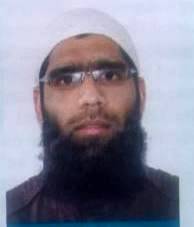 “After conclusion of the investigation, the chargesheet has been filed before the competent court by Srinagar police U/S 120-B read with 34, 302,307,326, RPC, 7/27 IA Act,16,18,19,20,38 & 39 of ULA(P) Act and substantive offences thereof subsequent to obtaining necessary government sanction for prosecution under ULA(P) Act,” a police statement read.

Those named in the chargesheet include Mohammed Shafeeq Bhat and Waseem Khan – both resident of Diyarwani, Batamaloo – Bilal Ahmad Bhat of Qazigund and Shazia Yaqoob alias Pari of Anantnag.

“They have been charged for their alleged role in hatching a criminal conspiracy, harbouring terrorist and giving support to the proscribed militant organisation,” a police spokesman said.

Sultan’s father Muhammad Sultan Dar termed the charges against his son as “baseless and concocted story”. “As a journalist, my son was doing the job he was supposed to do. But it didn’t go well with the government…he was framed in the case,” said Dar.

The family has challenged the detention in the high court after a lower court rejected his bail application. The counsel for the police had not attended the last hearing and the next one has been scheduled for February 15.

“We have already prepared ourselves to fight this case legally and we know the truth will prevail in the end,” Dar added.

Last month, the Committee to Protect Journalists (CPJ) wrote to Jammu and Kashmir governor Satya Pal Malik seeking the release of Sultan while accusing the state authorities of “falsely implicating” him.

“Freedom of the press is a vital tenet of democracy and a proud part of India’s history. We urge you to use the authority vested in you as governor of Jammu and Kashmir to help immediately ensure that Aasif Sultan is released and that the charges against him are dropped,” Steven Butler, the Asia Program Coordinator of CPJ wrote in the letter to the governor.

Sultan was taken into custody after his cover story on Burhan Wani. According to media reports, he was asked, among other things, to reveal his sources and why he had not instead reported on the government-backed developmental activities in the state.

“We would like to stress that interviewing or having sources who are critical of the government is within the scope of a journalists’ job and does not implicate them in a crime. Reporting on an important and newsworthy story such as the conflict in Kashmir is a public service, not a criminal act,” the letter from CPJ had highlighted.

The editor of Kashmir Narrator, Showkat Motta said the charges against Sultan were “baseless and lies”. “We have been rejecting these charges from the day one. It was a cock and bull story cooked up long back. The police had claimed it was in possession of incriminating evidence against him. Where are these incriminating evidence?” Motta asked.

He said they would wait till the next hearing of the case. “We are hopeful that he (Aasif) will get bail,” Motta added.

Hours after the police filed the chargesheet, the CPJ made a fresh call for Sultan’s release and asked the J&K Police to “immediately cease” all legal proceedings against him.

“Filing terrorism-related charges against Aasif Sultan despite a complete lack of evidence marks a terrible injustice and further undermines press freedom in Jammu and Kashmir,” said Butler in a statement from Washington DC in response to media reports about the chargesheet against Sultan.

A picture of the journalist wearing a T-shirt reading “Journalism is not a crime” and handcuffed had gone viral on social media. In another picture, he was seen hugging his daughter who, according to the family, will turn one on February 17.

“Is it so hard to understand that journalist, in their normal course of work, must make contact with the people they write about,” said Butler in the CPJ statement.

Journalists in Kashmir have been working in challenging conditions, particularly since the 2016 uprising. Another Kashmiri photojournalist, Kamran Yusuf was arrested by the NIA in September 2017 and jailed for six months on charges of “waging war against India” and “stone throwing”. He was released in March 2018 after a court in New Delhi found that charges against Yusuf lacked facts.

Several cases of assault on journalists by forces in Kashmir, while covering events including encounters and protests, have also been reported by the media. Last month, four photojournalists were injured after security forces fired pellets at them while they were covering a gunfight between militants and security forces in Shopian.

Later, several journalists, some who have been working in the field for over two decades, were barred by the J&K Police from covering the main Republic Day function in Srinagar.