The Wire's original offer to carry Jay Amit Shah's response "as fair as fair can be", says Justice D.Y. Chandrachud. 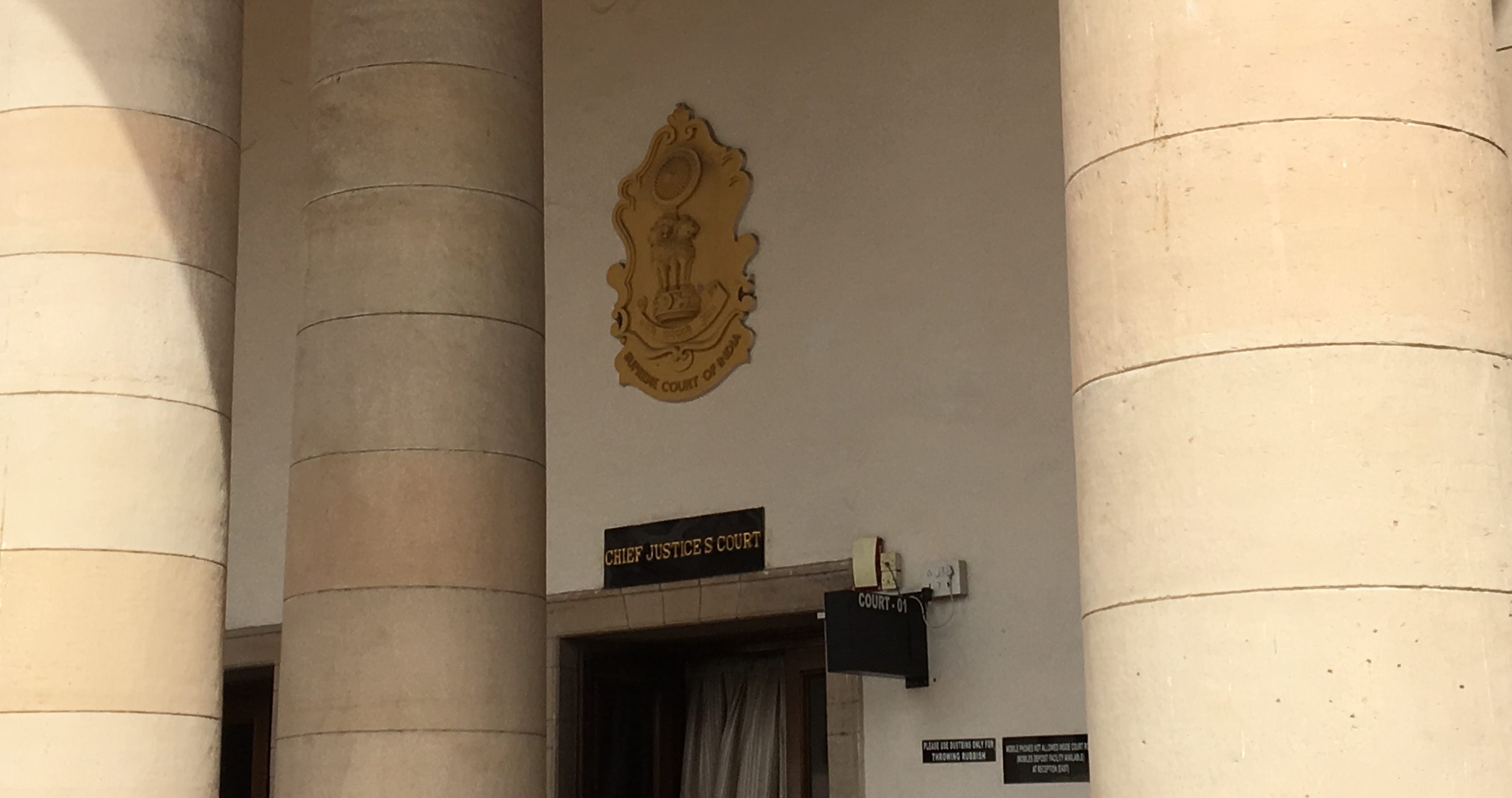 Entrance to the Chief Justice of India's court at the Supreme Court of India. Credit: Special Arrangement/The Wire

New Delhi: The Supreme Court on Monday clarified that while asking BJP president Amit Shah’s son and The Wire to explore a settlement in the defamation case filed by the former, it had never suggested The Wire apologise over the matter.

Justice D.Y. Chandrachud noted this when lawyers representing Jay Shah said that The Wire’s counsel had said “no question of a settlement” when spoken to outside court on the date of the last hearing in the criminal defamation case filed by Shah.

The Wire’s counsel Nitya Ramakrishnan corrected this by saying that what was rejected outright  had been an apology – which Shah’s lawyer had wanted. She was emphatic that there was no question of an apology. At that point, Justice Chandrachud said that he had never suggested an apology, adding that the freedom of the press was too important a matter. Justice Chandrachud said that he was speaking along the lines of a clarification or version by Jay Shah that could be carried by The Wire.

The court’s latest observations came during hearings on an appeal by The Wire challenging the injunction granted to Jay Shah by the Gujarat high court with regard to an October 2017 story on his business affairs.

On his part, Chief Justice of India Dipak Misra said that freedom of expression was vital and that he had always deprecated restraints on the press.  The CJI also remarked: “Although I have passed a judgment upholding the constitutional validity of section 499 IPC (criminal defamation), freedom of expression is vital and we try to settle the criminal matters of defamation that come up.”

Speaking of putting an end to these proceedings, the apex court then suggested that  a clarification or version of Jay Shah could be  explored.

At this point, Ramakrishnan pointed out that The Wire had already published Jay Shah’s version substantially in the article itself and also fully – with a hyperlink to that version provided within the article itself.  Moreover, the original October 8, 2017 article – ‘The Golden Touch of Jay Amit Shah’ – itself contained at the time of publication an offer to carry any further explanation that Shah may offer:

Though Shah’s lawyer has not disputed the information drawn from Shah’s submissions – filings that companies must mandatorily make with the RoC to enable public viewing and examination – The Wire will be happy to publish any response from Shah as and when it is received.

The chief justice’s bench then observed that the offer to carry any further clarification was very fair and asked Jay Shah’s lawyer to consider it. “They are willing to carry any clarification you want. That is as fair as it can be”, said Justice Chandrachud.

The matter has now been posted in July 2018.

An injunction was granted to Shah by the civil court in Ahmedabad soon after the story’s publication. It was eventually reversed by the same court but then reimposed by the Gujarat high court, after which The Wire appealed the matter in the Supreme Court.

When asked by the bench headed by the CJI during that hearing if any settlement could be explored between the parties, The Wire’s counsel Nitya Ramakrishnan said the article was a factual report published in discharge of public duty to inform the citizenry and thus it was not clear what the settlement could be in the circumstances.

Jay Shah filed a criminal defamation case in October last year following the publication of the story on his business affairs. He also filed a separate civil defamation suit seeking Rs 100 crore in damages from The Wire, its editors, its ombudsman – whose task is to address reader complaints post-publication – and the journalist who wrote the story, Rohini Singh.