J&K: Are Government and Police Officials Avoiding the Media?

While a new media policy and two formal gag orders were issued over the last two years, journalists in Kashmir now claim that their access to official sources is being restricted. 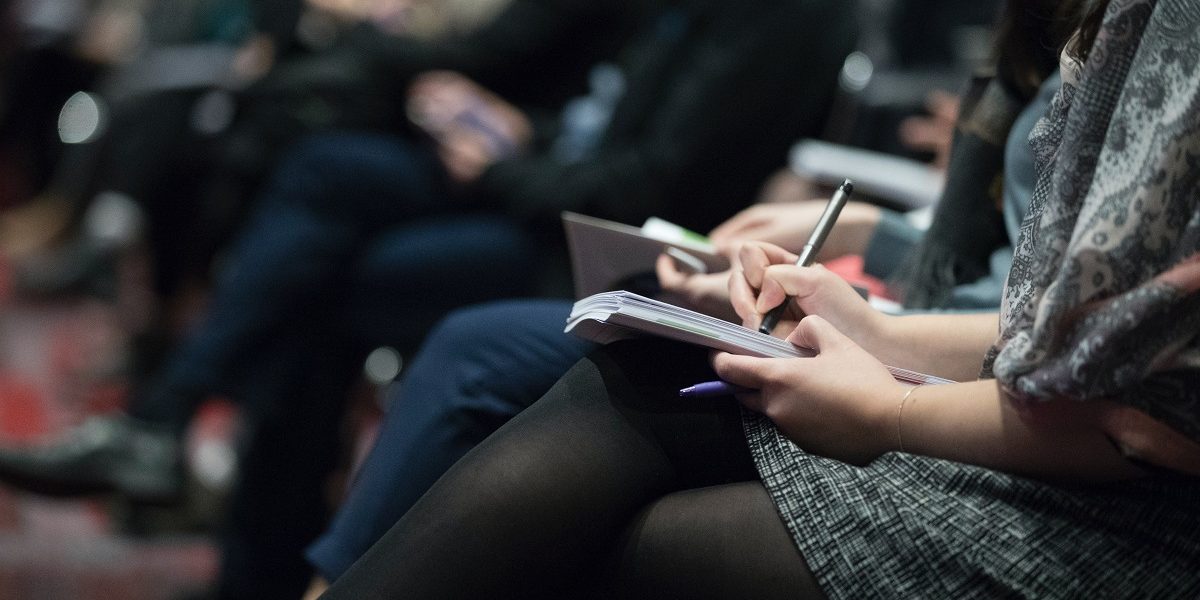 Srinagar: “When you call any government or police official in Jammu & Kashmir for a comment for a story, the response will either be ‘I am busy in a meeting’ or ‘I am not the officer concerned with the matter and cannot speak with the media’. Repeated phone calls from journalists frequently go unanswered,” said Umar Mukhtar, a journalist working with the weekly newspaper, Kashmir Life.

Mukhtar is one of several journalists in the region who claim that officials in the administration and police have lately been deliberately avoiding the media.

“If government officials do their jobs smoothly and transparently, why do they hesitate to speak to the media?” asked 28-year-old Mukhtar. “Getting the official version of a story has become a herculean task. Repeated efforts to bring government or police voices into a story often fail.”

According to journalists in the Kashmir Valley, government officials began avoiding the press immediately after August 5, 2019, when Article 370 of the constitution, which granted Jammu & Kashmir a special status and constitutional autonomy, was read down.

“It has become tough to get an official version of any story,” said the correspondent of a local daily who covers the security beat. “Before I call any official from the administration or police, I introduce myself as a journalist via a text message. But when I phone them or send more messages, I get no response.”

For the past week, freelance journalist Mudassir Kaloo has been trying to get an official comment for a story he has been working on about the Amarnath Yatra. So far, he has been unable to speak to anyone in the government or police.

“The officials in the administration and the police are avoiding the media,” said the 32-year-old Srinagar-based reporter. “This causes a number of problems. Since the reporter is not able to cross-check allegations against the government and the police, the story remains undeveloped. And when the story is published without official quotes, the government rebuts the story, calls it fake and baseless and initiates action against the reporter or the publication concerned.”

The new media policy introduced by the Jammu & Kashmir administration last June gives the government the authority to decide what is “fake”, “unethical” or “anti-national” news and take legal action against the journalist or media organisation concerned.

The ‘legal action’ includes stopping the placement of government advertisements in the publication concerned, removing the empanelled status of publications that violate the rules and sharing background information about the publication and its journalists with the security agencies.

The J&K police do not have an official spokesperson, Kaloo told The Wire. And while the J&K administration does have an official spokesperson in Rohit Kansal, principal secretary in the power and information departments of J&K, he does not talk to the media individually but prefers to hold press briefings whenever the government feels it is necessary.

“For the past two years, I have worked on many stories for which I failed to get an official comment, so the stories ultimately lost their news value,” said Kaloo.

Time and again, reporters in the region have been asked by officials in the administration and the police to gather the information they need from press releases and tweets from official Twitter handles. However, the reporters argue, they often have queries that go beyond what the government officially shares.

As far as journalist and author Gowhar Geelani is concerned, the government’s avoidance of the media in J&K is a deliberate attempt to escape accountability.

In May 2019, Modi appeared at his first press briefing. At the event, he spoke to the assembled journalists about the election campaign and his party’s prospects in the 2019 Lok Sabha polls but did not answer any questions. Home minister Amit Shah answered the questions asked by journalists. 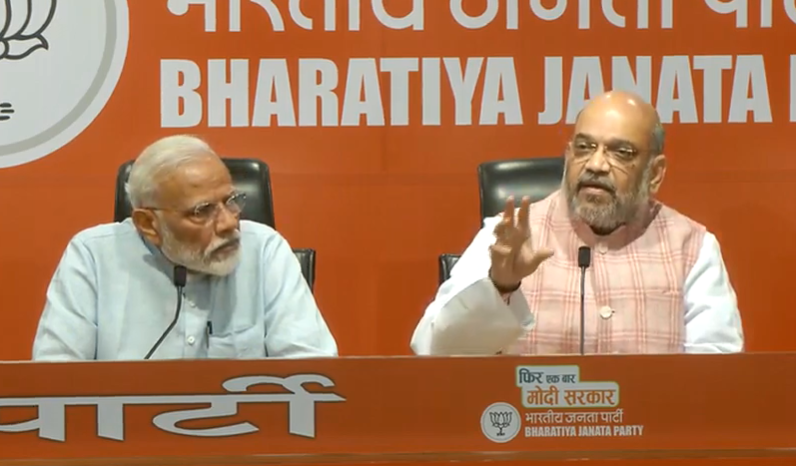 “Journalists who manage to get official voices in their stories are lucky,” said 43-year-old Basharat Masood who works as a special correspondent of the Indian Express in Kashmir. “I am able to get an official on record only once out of 10 occasions. Those who do talk insist that they cannot be quoted. In my 17-year-long reporting career from Kashmir this is the first time I have seen officials from the administration and police hesitate to speak to the media. Even the government’s official spokesperson refuses to answer phone calls from journalists, which is bizarre.”

Many government and police officials who do agree to speak to the media refuse to take questions over the phone. Instead they insist on the reporters meeting them in their offices.

“Forget a quote on national security, even for a simple public grievance story or allegation, the officials ask reporters to travel kilometres to get to their offices. This is time-consuming and another way for them to avoid the media,” say a number of journalists in the region.

The reporters add: “Some officials do not even give appointments to reporters. Others seek formal applications from the reporters’ respective newspapers before giving appointments.”

Unable to carry an official version of events in his story last April, Peerzada Ashiq, a correspondent with The Hindu, had an open FIR (81/2020) registered against his story by the J&K police and was summoned to Anantnag police station for questioning.

In the open FIR, the police claimed that Ashiq’s story was “factually incorrect”.

In his story headlined ‘Kin allowed to exhume bodies of militants in Baramulla’ published on April 19 last year, Ashiq had quoted a relative of one of two militants who were killed by security forces at Dairoo-Keegam in south Kashmir’s Shopian. This relative had said that the Jammu & Kashmir administration on April 18 had allowed the militants’ families to exhume the bodies.

The police, however, claimed that the “details quoted in the news item were factually incorrect and could cause fear or alarm in the minds of the public”. “The news was published without seeking confirmation from the district authorities,” the police press release said.

Registering an FIR against a journalist for not getting the official version of a story although he had made attempts to get it is being seen as part of an ugly pattern of the intimidation of journalists in Kashmir.

However, Ashiq told The Wire that despite the open FIR against his story last year, he has had very little trouble getting comments from officials.

“I have been covering Kashmir for the past 20 years and almost every official in the administration and police has been speaking to me for my stories quite regularly,” said Ashiq. “I either call these officials directly or leave them a message to call me back. Most of the officials posted here have known me since they were junior level officers. This could be why I get more official voices in my stories than other journalists.”

According to Ashiq, getting an official comment is only difficult when he has to contact an official newly posted in J&K.

This year, the J&K police issued formal orders to further cut off official information from the public.

In April, Vijay Kumar, Kashmir’s inspector general of police (IGP), barred media persons from carrying out live coverage of encounters and law-and-order situations and asked journalists not to interfere in the professional duties of the police and security forces at encounter sites.

“The freedom of speech and expression is subject to reasonable restrictions that should not violate other people’s right to life guaranteed under Article 21 or put national security in jeopardy,” the IGP had said.

He had also advised media persons to carry no operational content likely to incite violence, or contain anything against the maintenance of law and order or which promotes an anti-national sentiment.

Twelve media bodies in Kashmir protested this order, saying that it was part of the official policy of the police to coerce journalists into not reporting facts on the ground.

“Journalists cover encounters for facts and information (vital in a democracy). It is a call to duty,” tweeted senior journalist and editor of the Kashmir Times, Anuradha Bhasin.

One month later, during the second wave of the COVID-19 pandemic, the director of health services in Kashmir imposed a media gag on doctors and health officials, asking them to desist from interacting with the media.

“All Chief Medical Officers/Medical Superintendents/Block Medical Officers of Kashmir Division are enjoined upon to issue instructions to all the staff under their administrative domain to desist from media interactions, as it has been seen that contradictory and confusing messages are being circulated, which misinforms the public and creates unnecessary and avoidable panic,” read a circular issued by Dr Mushtaq Rather, director of health services in Kashmir.

Health officials and doctors were warned of strict disciplinary action if they were found interacting with the media.

Many journalists accused Rather of displaying the same authoritarian streak with which Yogi Adityanath, chief minister of Uttar Pradesh, has been responding to the health crises in UP.

A senior health correspondent working with a local daily said that the order was another attempt to hide the faults and failures of the government which the media had been openly reporting from different hospitals of the valley.

A deputy superintendent of police told The Wire on condition of anonymity that journalists seeking information should go directly to the police stations.

“Anyone can call himself a journalist and call police officers. Without knowing if the caller is a real journalist, the officer cannot share information or make a comment on any situation,” the police officer said.

He added that police officers also cannot answer calls when they are busy handling security situations.

“In order to maintain professionalism, police officers except the superintendent of police have been ordered to avoid sharing any information with the media,” he said.

“You will always find officials in the administration extremely proactive and responsive with the media,” Kansal said. “For instance, deputy commissioners and administrative officials have been sharing information and responding to different queries on Twitter and through press conferences.”

Kansal added that during the second wave of the pandemic, the officials held multiple press conferences a week.

“These press briefings and media meetings have been unrestricted, so there is no question of avoiding the press,” said Kansal.