The Kashmiriyat editor was asked to present himself at the cybercrime police station on July 31. He was only recently released this April after being detained for nine months in a Bareilly jail under the PSA. 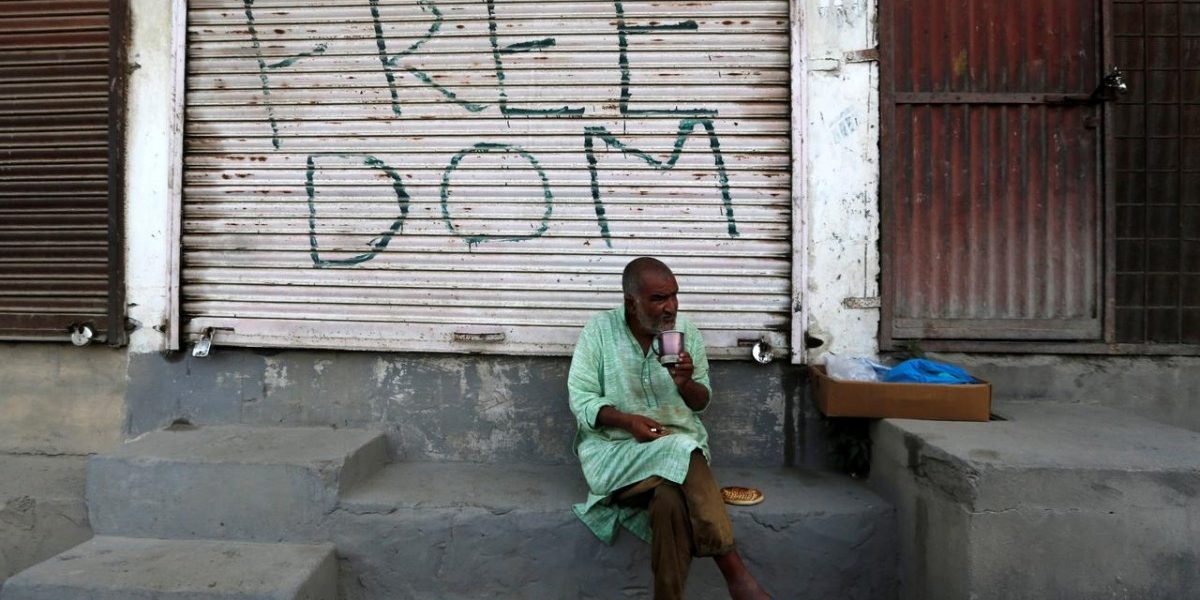 A Kashmiri man drinks tea in front of a closed shop painted with graffiti in Anchar neighbourhood in Srinagar, July 28, 2020. Photo: Reuters/Danish Ismail

New Delhi: The Indian Journalists Union (IJU) has released a statement demanding the release of Qazi Shibli, the editor of The Kashmiriyat, after he was detained by the Jammu and Kashmir  police’s cybercrime division on July 31 in Srinagar.

Shibli has been reportedly detained at the Shergari police station since Friday. On Thursday, he received a call from the cyber police asking him to present himself the next day, which happened to be Eid. However, it is unclear whether he has been charged with anything.

A police official at the police station told the Kashmir Walla, “We were told by seniors to keep him in custody and don’t know the reasons.”

Shibli was detained in UP’s Bareilly jail for nine months under the draconian Public Safety Act after he tweeted information about deployment of additional troops in J&K in July 2019.  Shibli was released only this April 13 after his detention was revoked during the decongestion of jails across the country.

In a statement, IJU president and former Press Council of India member Geetartha Pathak and IJU secretary general and IFJ vice president Sabina Inderjit condemned the arrest saying that the J&K authorities continue to misuse the PSA with impunity.

IJU has demanded that freedom of speech and expression as enshrined in the Indian constitution be respected and that independent journalists be allowed to do their work.

“Interference on media rights and the citizens’ right to information makes a mockery of the world’s largest democracy and rule of law,” it asserted.

The Kashmiriyat released a statement on July 31 on Shibli’s detention, condemning “these constant attacks on the fourth pillar of democracy and those who are trying to preserve the essence of it”.

The Committee to Protect Journalists has also condemned Shibli’s detention, calling for the police to “immediately release” him. “Indian authorities must end their harassment of journalists and allow them to do their jobs without interference,” the statement said.