The arrest comes just ahead of the former TV9 CEO's scheduled release in a separate case. 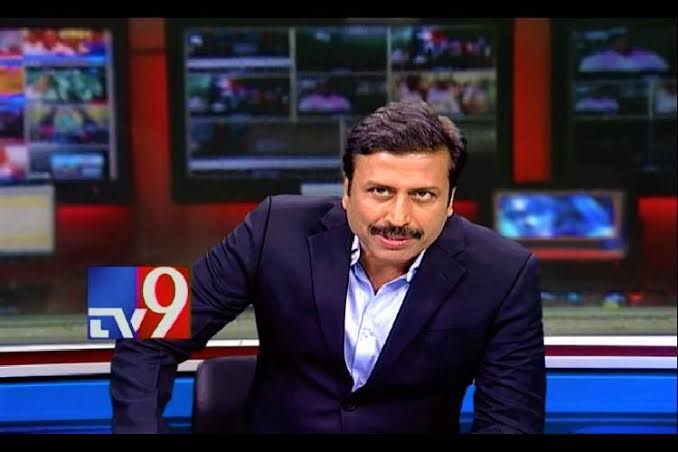 New Delhi: After a fresh cheating case was registered against him, former TV9 CEO Ravi Prakash was taken into custody by the Cyberabad police in Hyderabad. Ravi Prakash had already been arrested by the Banjara Hills police in another case and was lodged in the Chanchalguda prison, but was about to be released on bail.

According to reports, a case was registered against Ravi Prakash for creating a fake ID card. In May, the police had registered a complaint from iLabs, a company which previously owned a stake in TV9, that a person called Natarajan had leaked confidential documents. The company claimed that no person with that name was employed by it and the police state that Ravi Prakash was involved in the leak.

Police took him into custody on Thursday and after questioning, produced Ravi Prakash in court. He was remanded to judicial custody until October 30. The former TV9 CEO now runs an independent Telugu news website called Tolivelugu.

On Thursday, a local court granted conditional bail to Ravi Prakash in another cheating case, for which he was arrested on October 5. The director of the Associated Broadcasting Company Private Limited (ABCL) – which promotes TV9, of which Ravi Praksh is a former CEO – had registered a police complaint. They said that he fraudulently withdrew Rs 18 crore from the company’s bank accounts.  Granting him bail, the court ordered the journalist to deposit Rs 1 lakh worth security and seek permission before leaving the city.

Other media reports said that a lawyer, Rama Rao, has filed a police complaint that Ravi Prakash had published false stories against him on the Tolivelugu website.

Also Read: A Free Press Must Be Defended

Ravi Prakash was forced to step down as the CEO of TV9 after the ABCL’s board revoked all powers vested with him. The board and Ravi Prakash were engaged in a conflict after TV9 was taken over by Alanda Media. While Ravi Prakash termed the process a “hostile takeover”, the company accused him of attempting to block the move with ‘malafide intention’.

The Committee to Protect Journalists (CPJ), a global nonprofit, had condemned Ravi Prakash’s arrest in the first case. The committee, which works to protect press freedom, demanded on Thursday that he should be released immediately, after he was arrested in the second case. It called the arrest “clear harassment and intimidation”.

TV9 founder Ravi Prakash was arrested again today in a new case just as he was scheduled for bail. This is clear harassment and intimidation and the journalist should be released immediately.@TelanganaCMO @TelanganaDGP https://t.co/ZkBb0mD05x#PressFreedom #TV9

According to the CPJ’s statement, issued on October 8, the action against Ravi Prakash is in “retaliation” for his refusal to withdraw two interviews on his news portal accusing Telangana chief minister K. Chandrasekhar Rao and a leading industrialist of corruption.

According to Ravi Prakash’s colleagues, associates of the industrialist first contacted a reporter for Tolivelugu, asking the interviews to be taken down or removed from public view. According to them, Ravi Prakash received a call from Krishna Reddy, who made the same demand. Ravi Prakash refused to do so, they said.