"I have no desire to end up like Gauri Lankesh or Afrazul Khan." New Delhi: Humans of Hindutva, the controversial Facebook page that parodied right-wing fundamentalism and its proponents, was taken down on Thursday evening.

The page, inspired by Brandon Stanton’s ‘Humans of New York’, regularly posts satirical comments on right-wing fundamentalism, current events, casteism, moral policing, gau rakshaks attacks, etc. According to a note published on the administrator’s website, he decided to take down the page after receiving death threats.

“I’m quitting out of my own accord. I’ve not been banned or mass reported. I have recently received some threats to my life which I can’t take lightly. I am outnumbered, live in a BJP state and come from a middle-class family with no political or police connections. I have no desire to end up like Gauri Lankesh or Afrazul Khan. Actually, more than myself I worry for the safety of my family. I hope those who threatened me consider this as a victory and leave us alone. I have deleted the HOH page and will delete this website soon. Congratulations to Hindutva for winning this David vs. Goliath fight. As for those who were kind enough to lend me their ears for the last eight months, I’d like to wish you all a Happy New Year. Cheers and alvida. Thanks for giving me some of your time,” he wrote.

This isn’t the first time the administrator has deactivated his account. In September, he called it quits saying it wasn’t worth taking a bullet for. However, he resumed posting within a couple of hours after receiving tons of messages from his readers. “I guess to stop now would be to play into the hands of the fascists I despise so I guess I’ll keep this going for a little longer,” he told the Indian Express.

“I have received so many death threats that I have lost count. I have had so many strangers abuse my family that it doesn’t even rattle me anymore. I have had several people threaten to take me to court or file an FIR. All this for the simple crime of running a satirical page which takes pot shots at Hindutva (not Hinduism) and the politicians who cater to it,” he wrote for The Wire in October.

Also read: Humans of Hindutva – My Experiments With Community Standards – of Facebook and Outside

Soon after the page was deleted, many of its critics claimed that Facebook had in fact pulled it down after receiving reports of hate speech. 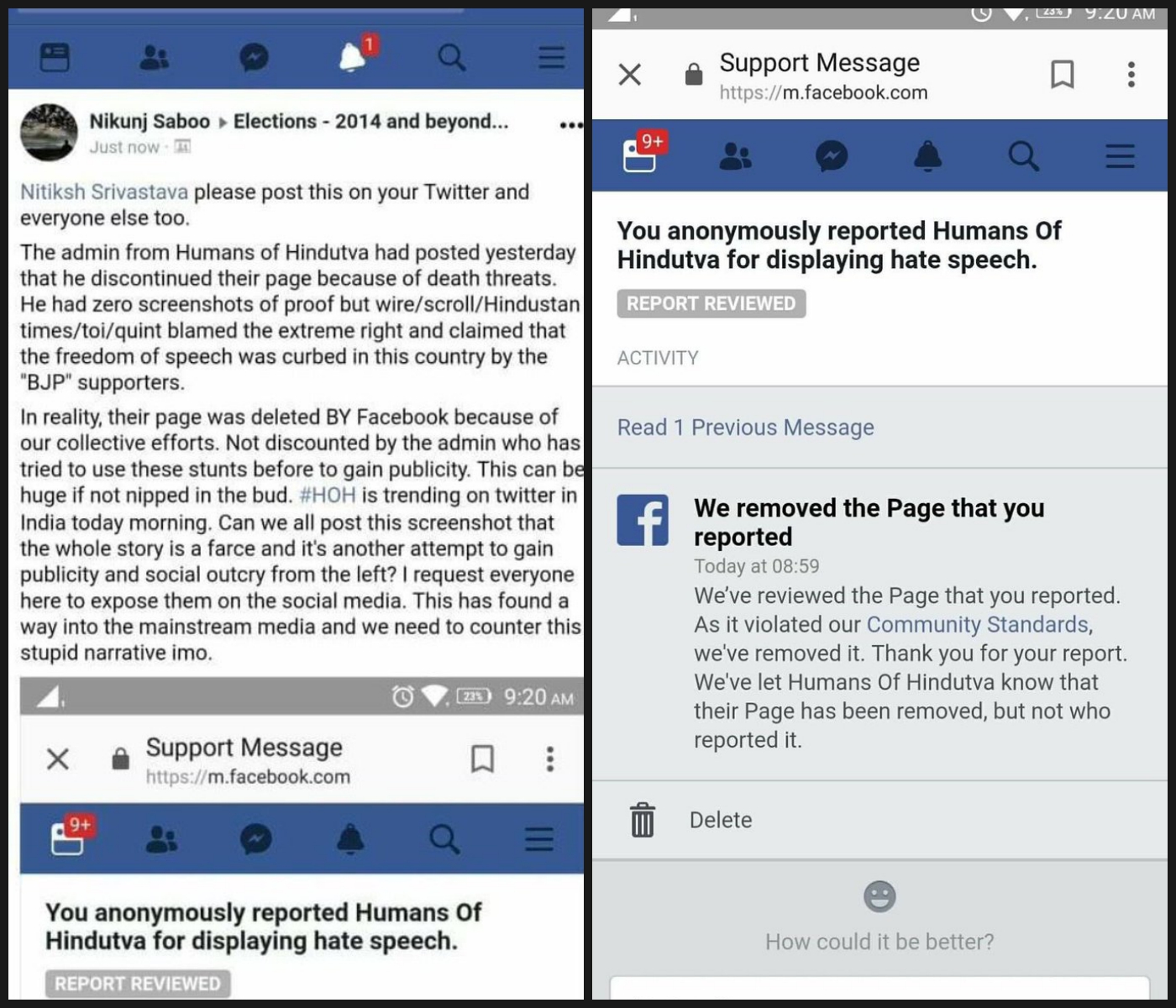 When contacted by AltNews.in, the administrator rubbished all such claims and said, “There are some photos doing the rounds which claim that my page was deleted by Facebook. This is patently false. I’m attaching a screenshot to prove that was a decision that was taken by me and not Facebook. There are many people who are celebrating my decision to take down a page due to threats on my life. Unfortunately, even in my defeat they are proving me right by acting exactly in the way I used to satirise. Thanks for proving me right.” 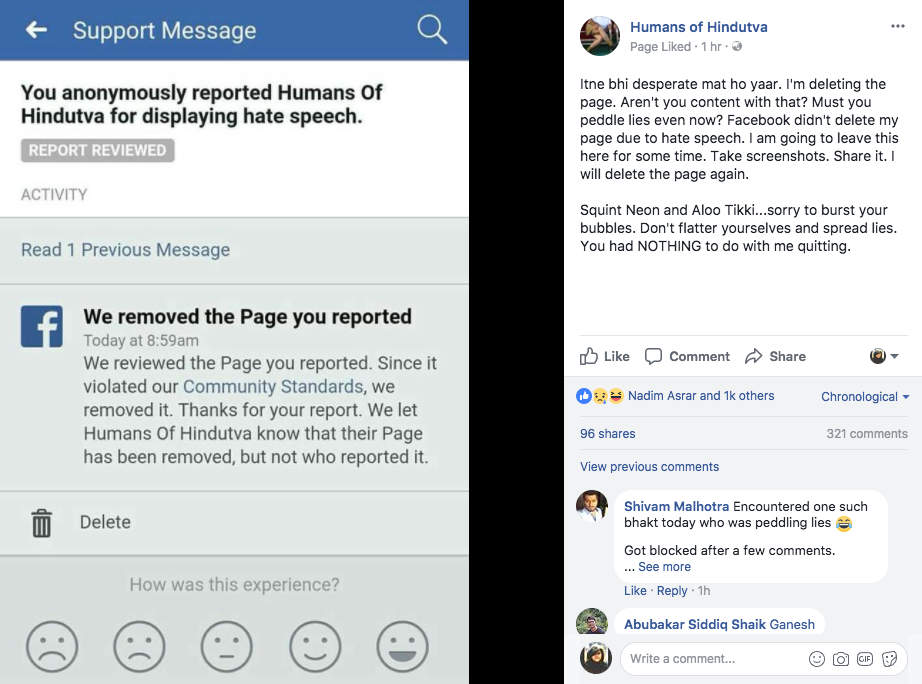