How Work Has Got Harder for Afghan Journalists After Taliban Takeover

The already-difficult situation for the nation's reporters and other media personnel has become much more precarious under the Taliban. 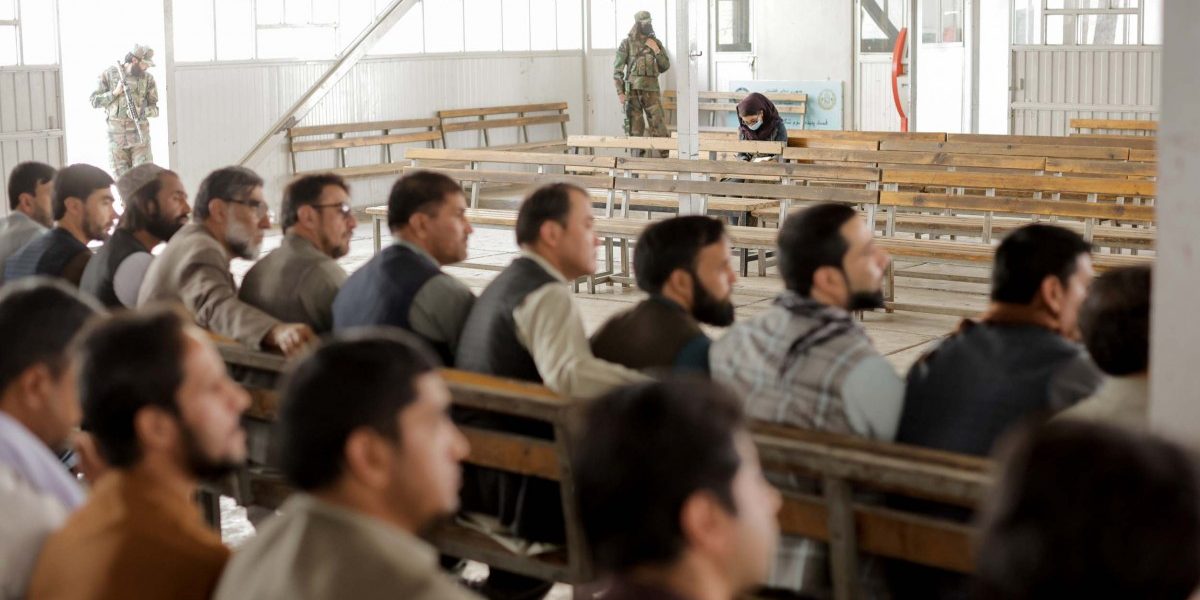 An Afghan female journalist attends a Taliban officials news conference where they announced they will start issuing passports to its citizens again following months of delays that hampered attempts by those trying to flee the country after the Taliban seized control, in Kabul, Afghanistan October 5, 2021. Photo: Reuters/Jorge Silva

Kabul: The Taliban takeover of Afghanistan in mid-August has had a serious impact on media in the conflict-ridden country in recent weeks.

Numerous Afghan journalists left their homeland, and the ones who stayed behind are, according to a recently released report by Human Rights Watch (HRW), not only subject to “media regulations whose provisions are so broad and vague as to prohibit virtually any critical reporting about the Taliban,” but, in some cases, also to arbitrary detentions and violence.

As the new Taliban rule — for media, but also in general — has so far not been uniformly implemented, the situation for Afghan journalists differs from place to place and case to case.

Nevertheless, they all report problems whose source are not always the Taliban.

“So far, the Taliban did not directly interfere in my work and I can still report,” a journalist from the eastern Afghan province of Nangarhar told DW. “However, the Taliban don’t share any information with us, which makes our work difficult,” he added.

His name and the names of the other journalists quoted in this article have been withheld so as not to expose them to potential repercussions.

“I moved to Kabul for the time being as there are many explosions and killings in Nangarhar,” another journalist from the province said.

He referred to a spate of small attacks, most of which were claimed by the so-called Islamic State terror outfit, which has been active in the province for years.

He further clarified that he was not directly threatened, but that journalists might become a target.

This was echoed by a journalist from the northeastern province of Badakhshan. “I did not receive direct threats, but the situation is dangerous: if I were to, for example, write a report that the Taliban don’t like, I would get into trouble as the local Taliban know me and where I live,” the person stated.

Others did receive direct threats, such as a journalist in Kunar province. “Armed men came to the house of my father, asking for me, saying that they have business with me, as I sometimes had worked with foreign journalists and as they accused me of having published anti-jihadi propaganda,” he explained. Since then, this journalist has been trying to hide his whereabouts.

Female journalists ‘not allowed to appear on camera’

In the northeastern province of Badakhshan, local media organizations were also indirectly forced to shut their doors. “When the Taliban took over Faizabad [the provincial capital of Badakhshan] they announced that women journalists are not allowed to appear on camera,” a female journalist from Badakhshan told DW.

“They would have permitted women to continue working as radio journalists, but only if all the employees working for the program were women. This is, in practice, however, barely possible, as for example some of the technical personnel in our radio station are men. So, we were forced to shut down,” she added.

“There is no free media left in Badakhshan. The ones who continue to report just repeat the Taliban line. Compared to this, it is better to not work at all,” the female journalist from Badakhshan summed up the situation in her province.

The male journalist from Badakhshan quoted above said several media organisations in the region had closed not because of the Taliban, but because they were dependent on foreign funding, which has dried up as the Islamic fundamentalist group’s takeover of the country has led to the suspension of many aid programs.

Situation much more precarious under Taliban

The HRW report stated that, since the Taliban took over the capital, Kabul, on August 15, they have temporarily detained at least 32 journalists.

At least two of them from the renowned Kabul-based newspaper Etilaatroz were severely beaten, one of them until he fell unconscious. In other cases, journalists were not maltreated, but arbitrarily detained.

“In late September, a colleague of ours was detained for eight days before he was, after much effort from the journalist community, released unharmed,” one of the journalists from Nangarhar said. “The Taliban accused the journalist in question of having ties to the Islamic State, which was not true,” he explained.

Such arbitrary detentions of journalists are unfortunately not new, and similar things also happened under the toppled government of President Ashraf Ghani.

Indeed, the very same journalist that the Taliban had temporarily imprisoned in Nangarhar in late September was reportedly in the past detained by Ghani’s government on accusations of collaborating with the Taliban.

But, despite the fact that many problems had already existed before the Taliban takeover, the journalists with whom DW spoke left no doubt that the already-difficult situation for journalists in Afghanistan has become much more precarious under the Taliban.