From #MeToo to #RefugeesWelcome, add a hashtag and the world will listen. Shame they're not always used for good. 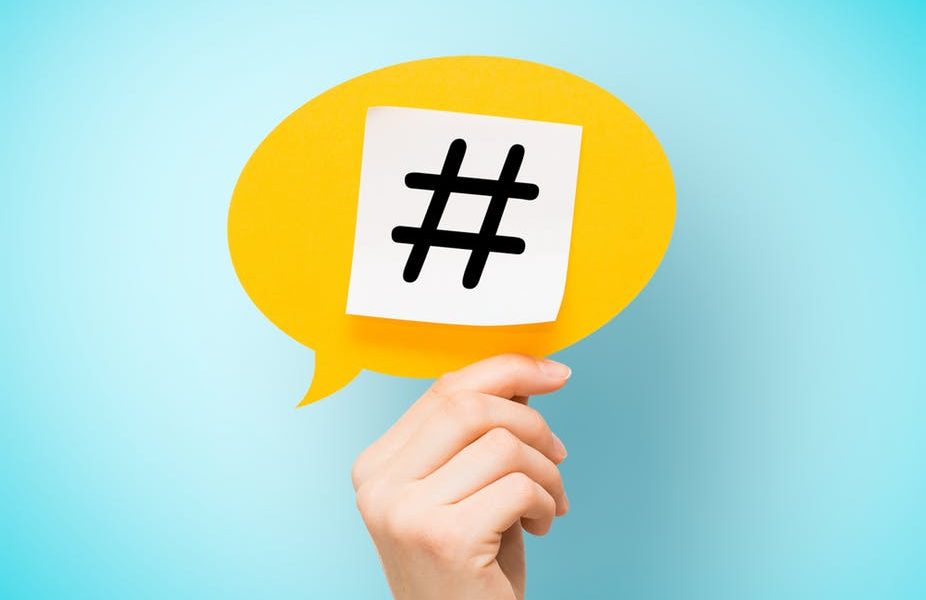 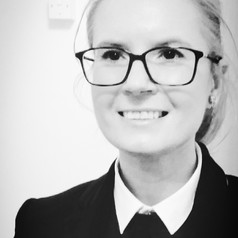 From fashion trends to global events, the hashtag (#) has become the conspicuous symbol of the Twittersphere. What only a decade ago denoted a numerical symbol of no special significance or attribution is now a call to arms for causes that are many and varied.

The “#” is a social organiser, which emerged spontaneously and dynamically from the content generated and updated by social media users. The initial intent behind the “#”, when Twitter launched in 2006, lay in its simple use as a means of organising data and information. An indexing tool for grouping anything from the politically relevant to the culturally hip, the “#” soon found itself aligned with some of the most significant events in history.

Capturing a broad spectrum of the public’s preoccupations with popular culture, social exclusion, relief efforts following natural disasters or political conflict, the hashtag, as some have argued, has allowed for the efficient emergence of “certain types of communities and ad hoc publics forming and responding quickly to particular events and topical issues”. And these have developed a social and political power we have only recently begun to fully uncover and comprehend.

My friend just tried to kill herself after being groped by several men at a club. “I kept thinking, is this going to be my life?” she told me from the psych ward. “Am I going to be a piece of meat forever? I can’t get raped again, I just can’t.” #MeToo

From #MeToo to #FreeIran, #iPhoneX to #Pope, #ClimateChange and #ImWithHer to #ConfirmKavanaugh, it is a conspicuous symbol of the electronic, highly mobile age in which we live, encouraging hundreds of millions of retweets, follows, and likes.

Families at the border are fleeing terrible violence in Honduras. They have nothing. They just want jobs and a safe life for their children. They deserve our compassion, respect and assistance. But for luck, any one of us could be in their shoes. #RefugeesWelcome

In 2015, the #RefugeesWelcome hashtag, retweeted endlessly by celebrities, politicians and the public, put pressure on European governments to accept asylum seekers displaced by conflict in Syria and focused the world’s attention on the plight of refugees attempting hazardous Mediterranean crossings.

Also Read: #MeToo Memories and Our Citadels of Power

The #EthnicCleansing associated with #Myanmar’s #Rohingya Muslims came to dominate headlines in 2016 and drove calls for the UN to probe reports of alleged violence and abuses in the region. Meanwhile, the #MeToo movement exposed unconscionable sexual abuses and triggered vital conversations about gender dynamics and sexual harassment in the workplace.

Social network users are now in the business of political and social activism, triggering a fundamental rethinking of our duties and obligations to fellow citizens and strangers alike. The numerical proliferation of the “#” is therefore a definitive metric of success when it comes to raising awareness of key issues. Given that, globally, 335 million Twitter users post 500m tweets a day and 80% of those reach mobile phones carried by an average user aged between 18 and 49, the potential is enormous. 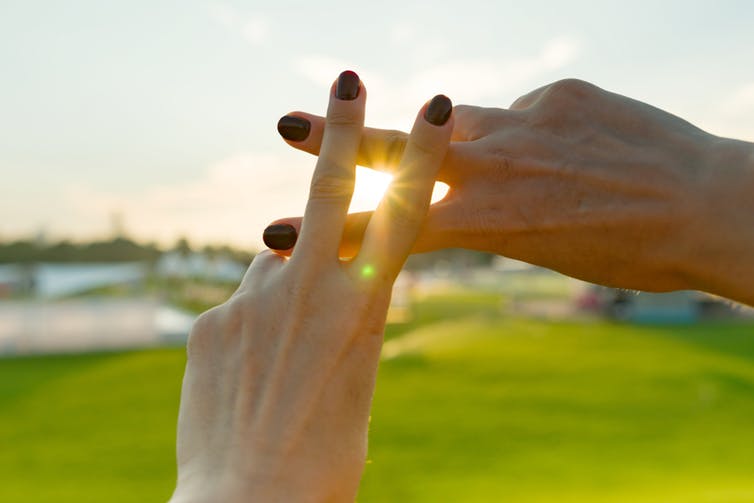 You can make a difference. Credit: Shutterstock

The low cost of this direct participation has opened up possibilities for a two-way interaction between citizens and their governments. It means governmental and non-governmental actors are subject to far greater scrutiny and that public demands for accountability and transparency must efficiently be met.

From challenging dictators in the Middle East to exposing the sexual crimes of Hollywood insiders, a hashtag mobilised in the name of accountability and transparency can now not only challenge a government’s traditional monopoly on the control of information but summon society to reexamine and interrogate the very foundations upon which it rests.

And so the humble “#” is now powerful enough to infiltrate social media networks and launch grassroots campaigns against state and non-state actors alike. Forever archived online, it is also a way of cataloguing public grievances, ensuring crimes and misdemeanours can’t just fade away and be forgotten.

Trending hashtags voicing criticism, anger or addressing manifest injustices are difficult to subvert much less regulate. Democratic nations, unlike authoritarian states, cannot routinely resort to periodic suspensions of online services. And conflicts over policy and politics in cybersphere may quickly become as historically significant as those that have played out on the streets of Paris or Prague in the last century. The “#” is now a salient symbol of free speech and has revolutionised political activity in new and profound ways.

The dark side of hashtags

Yet, the hashtag also has its shortcomings. It can be skillfully and strategically used to abuse, foment contempt, exacerbate societal divisions and facilitate the spread of #FakeNews. Just ask Donald Trump.

THIS ARTICLE IS A COMPLETE LIE BEGINNING TO END – #FAKENEWS IN THE EXTREME – White House Braces for GOP Losses and Staff Exodus – Bloomberg https://t.co/v1QDuethDU

It can multiply damning accusations and sink reputations without guaranteeing the accused constitutional protections and the due process of law. Indeed, arguably nowhere is a person more vulnerable to maltreatment, insult, vilification and slander and nowhere is he or she more prone to a trial by public opinion than on the internet.

The 335 million Twitter, one billion Instagram, 2.2 billion Facebook, and 1.5 billion WhatsApp users have the potential to unleash a virtual campaign of personal destruction with far-reaching, real world consequences and little to no legal liability. We might think that the days when guilt was established on the basis of a pernicious accusation alone were long gone. But Arthur Miller’s dramatisation of the Salem witch trials, The Crucible, remains relevant in this internet age.

When group identity and social solidarity, propped up by a “just cause” and “righteous indignation”, lead to extreme forms of unconscious tribalism played out in cyberspace – as they often do – the rights and dignity of the individual become unduly compromised if not overtly endangered. So while the hashtag can be used for good, it can also turn any one of us into a #JohnProctor, the tragic hero of Arthur Miller’s Crucible. 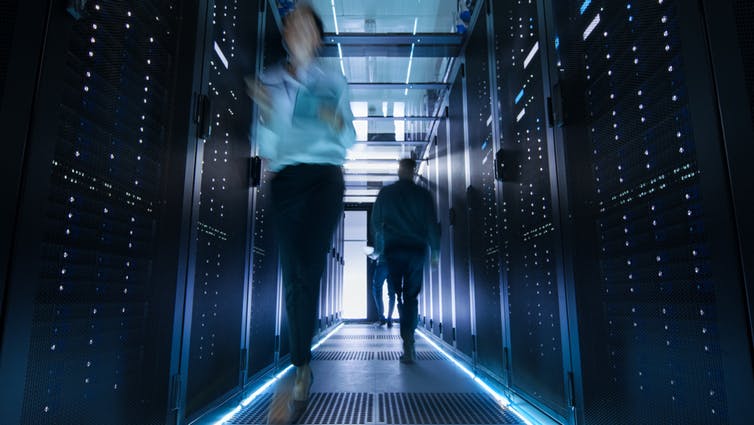 This is a noteworthy statistic requiring every one of us to weigh the potential good and the potential harm we can do with our networked computing power, and reflect whether, to paraphrase Donna Haraway, “our machines [have not become] disturbingly lively, [while] we ourselves frighteningly inert”.

As market demand and public appetite for novelty grows, we must consider how new technologies could allow interest groups and organisations to harness and manipulate information for their own “righteous cause”, and how the “#” can act as a key indexing tool for such abuses. We need to ensure it is used to promote democracy and free speech rather than coercive groupthink.

For while the revolutions of our age will likely still be televised, they certainly will be live Tweeted and hashtagged. Let’s hope that it is done for the right reasons and with the right motives and that the discerning public will, in time, come to know the difference.

Joanna Rozpedowski is at the School of Government and International Affairs, Durham University