How Bastar in Chhattisgarh is Turning into a Media Black Hole 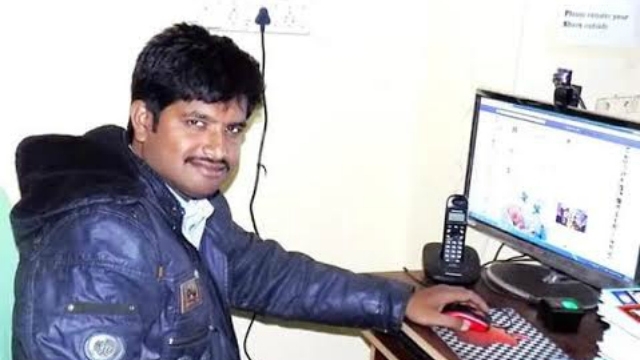 New Delhi: The arrest of a journalist, Prabhat Singh, by the Chhattisgarh police earlier this week has revived concerns about the state of media freedom in the Bastar region of the state where a civil war between Maoist insurgents and the security forces has claimed the lives of hundreds of people and led to allegations of widespread human rights abuse.

Singh is a journalist with Patrika, a Hindi daily owned by the Rajasthan Patrika group. He was produced before a Jagdalpur court and charged with Section 292 of the IPC and Section 67 of the Information Technology Act, both of which deal with  circulating obscene material.

“The FIR was registered on March 5 based on a complaint by Santosh Tiwari, who accused Prabhat Singh of using obscene language with reference to senior police officers in Bastar on a WhatsApp group called ‘Bastar News’ on March 1 at around 3 PM. Police has followed procedure and all allegations of assault are incorrect,” a police officer told the Indian Express.

Singh had recently started working as a correspondent for ETV, but was served a termination notice two days before he was arrested. His brother Vishnu Singh alleges the journalist has been subjected to torture by the police. This allegation is further corroborated by Singh’s lawyers who told Amnesty India, “His chest and hand had several marks resulting from such treatment.” Singh has been remanded to judicial custody until March 30, even as his family and activist groups remain concerned about his safety.

On March 6, Prabhat Singh had filed a complaint with the Dantewada police against Tiwari and some members of the Samajik Ekta Manch for trying to to defame him and hurt his credibility by calling him “anti-national” in a WhatsApp group chat involving mediapersons in the region.

The Samajik Ekta Manch is a vigilante organisation that has been involved in campaigns against journalists, lawyers and rights activists who have been critical of the police.

Last year, three cases were lodged against Singh in different police stations of Dantewada.  Two of these relate to section 420 of the IPC (cheating), in which he is accused of issuing fake Aadhaar cards to villagers. The police also refuse to accept Singh as a journalist, “Prabhat is not a journalist as per our records. How come a journalist can be involved in the task of making Aadhar cards?” Bastar SP R N Dash told PTI. Many local journalists have countered this claim, saying Singh was a fearless reporter who dared to speak against the police, and the cases are an attempt to silence him.

Interestingly, despite the cases lodged earlier, the police never sought to arrest Singh until now.

The National Human Rights Commission (NHRC) has issued notice to the Chhattisgarh government on a complaint “drawing specific attention to the illegal arrest, detention and torture of a progressive journalist by police in Bastar on 21st March, 2016 and alleging that human rights defenders are being targeted for doing their legitimate work as defenders of tribal rights in the state”. The chief secretary and the director general of police, Chhattisgarh have been given two weeks’ time to submit a factual report in the matter. This notice was issued by the NHRC in response to a complaint filed with the commission requesting “its immediate intervention, impartial investigation and action against those found guilty of violation of human rights of the victim” after Singh was picked up by the police and allegedly tortured in custody.

The Committee to Protect Journalists (CPJ), an independent nonprofit based in New York that promotes press freedom and defends the rights of journalists worldwide, issued a statement on Wednesday calling Singh’s arrest “another sign” of the deteriorating climate for the press in Chhattisgarh. “We call on Chhattisgarh chief minister Raman Singh to ensure the immediate release of Prabhat Singh,” said CPJ’s Asia program senior research associate Sumit Galhotra. “The arrests and hounding of journalists and their defenders has given way to a climate of fear that risks turning parts of Chhattisgarh into a media black hole,” he added. The CPJ had visited the region earlier this year and documented how BBC Hindi Service reporter Alok Prakash Putul and freelancer Malini Subramaniam were forced to flee Bastar last month over concern for their safety.

Amnesty International released a statement saying “Journalist tortured in custody must be released”. Tara Rao, programmes director at Amnesty International India said, “The authorities must respect the crucial work of the media and human rights defenders and refrain from apparent attempts to silence them through arbitrary arrests and torture. This is violating the victim’s human rights and sending a chilling message to those who want to speak out and express grievances. There must now be an independent investigation into allegations of torture. Intimidation and harassment cannot become order of the day in Chhattisgarh.”

The Chhattisgarh unit of the People’s Union For Civil Liberties (PUCL) has issued a statement on the human rights situation in the state. “Since this incident comes on the heels of the harassment of journalists Alok Putul, Malini Subramaniam and the arrests of Santosh Yadav and Samaru Nag, the Chhattisgarh PUCL expresses serious apprehension that the police and district administration are trying to silence all journalists who are attempting to give any other version of events in Bastar other than the police version. The demands of journalists of the area have still not been properly addressed,” it says.

The opposition Congress has also opposed the arrest of Singh. “The fourth pillar of democracy is not safe in Bastar. Journalists are being continuously targeted. Bastar is burning and people are suffering from tyranny of administration and security forces. Democracy is being murdered there,” party’s state general secretary Shailesh Nitin Trivedi told PTI.

Not an isolated incident

Journalists in some regions of Chhattisgarh have been repeatedly complaining of routine threats, intimidation, and harassment by both Maoists and the police.

On October 10 last year, close to 300 journalists held a protest meeting in the state capital of Raipur demanding greater protection against police and Maoist excesses. In the past one year alone, four other journalists have faced similar circumstances as Singh is in now. Somaru Nag and Santosh Yadav, two Hindi language journalists from the Darbha block in southern Bastar have been under arrest since July and September respectively, charged with supporting Maoist rebels, and allegedly subjected to custodial torture. Malini Subramaniam was forced to leave after an attack on her home in Jagdalpur, while Alok Putul (BBC) was forced to leave after receiving threats.