Himachal Pradesh: 10 FIRs Against 6 Journalists For Reports, Posts on Lockdown

The charges range from reports on migrants' plight to an editorial mistake of using a the photograph of a particular district to represent a situation in another district. 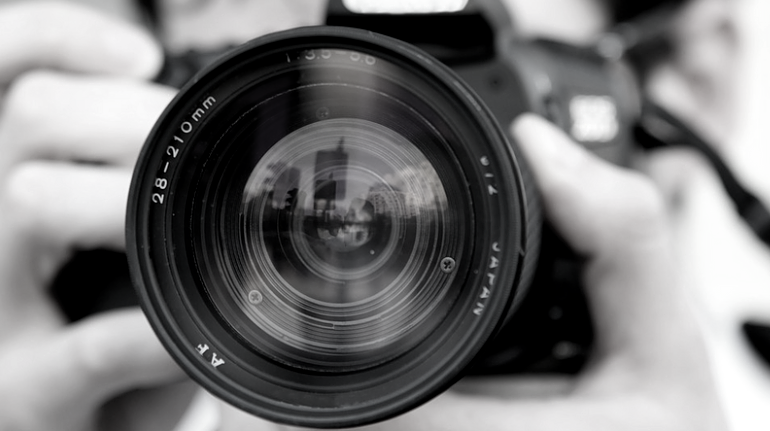 New Delhi: At least six journalists have been booked by Himachal Pradesh police for comments and ground reports on problems being faced by migrant labourers, businesses and citizens during the COVID-19 lockdown.

According to a report on Newslaundry, the reasons behind these cases filed against the journalists ranged from their reporting on hunger among migrant workers, lack of proper food distribution, to their social media activity which involved sharing reports of other newspapers, to criticising the district administration for laxity in areas such as quarantining inter-state travellers.

In some instances the police action came after local political leaders entered into arguments with journalists for their reporting on a particular situation.

The portal said the highest number of FIRs have been filed in Mandi district against Ashwani Saini, who has worked with Dainik Jagran and Punjab Kesari in the past, and now produces video reports for the Facebook page ‘Mandi Live’ and freelances for Jagran.

First, on April 8, he was first booked under Section 88 of the Indian Penal Code and Section 54 of the Disaster Management Act for reporting how the administration failed to supply rations to migrant workers in Bharajwanoo village. He shot videos in which some workers were seen saying they had not received rations in the second round. In the FIR, the Sundernagar sub-divisional magistrate Rahul Chauhan accused Saini of spreading “fake news”.

For his part, Chauhan told the news portal: “Ashwini Saini is not a journalist. I’ve made an enquiry into this matter. He’s not authorised by the government.” He did not respond to the question as to who has the authority to establish if a person is a journalist or not.

Also read | FAQ: What Are the UP Police FIRs Against The Wire Actually About?

The district public relations officer Sachin Sangar defended the action against Saini saying his report about rations not reaching the workers was based on invalid claims. On Saini having the workers say so on camera, he argued that they may have made the claims as they wanted to be on television.

Saini wrote to Prime Minister Narendra Modi and chief minister Jai Ram Thakur about Chauhan and accused the officer of trying to “gag the press”.

Not only did Saini not receive any assistance from the political leaders, three more FIRs were filed against him on April 13 for doing video reports on brick kilns that were operating despite the lockdown in Sundernagar. Interestingly, the FIRs were filed on the complaints of kiln owners, who Saini said, “accused us of harassing and misbehaving with the migrant workers.” He told the news portal that “the police did not give it any thought and filed three FIRs against us. We’ve been booked under IPC sections 451, 504, 506 and 188.”

Finally, on April 14, his car was seized by the police for “curfew violation”. He said this happened despite the print, electronic and social media being exempted by the government from curfew restrictions.

Saini, against whom the fifth FIR was registered under Motor Vehicles Act and Section 188 of IPC, accused the state of gagging him. “They want to deter me from travelling and reporting,” he said.

In the case of journalist Om Sharma, against whom three FIRs were lodged, the report said he had done a Facebook live on March 29 evening in which he had pointed out how migrant workers sitting on the roadside in the industrial town on Baddi in Solan district “haven’t eaten in two or three days” and that “the administration doesn’t have adequate arrangements”. Stating that these workers were protesting he issued an appeal: “I request local charitable organisations to step forward and help out these people.”

Soon after police officers and a BJP councillor reached the spot. The councillor told the workers, “On the behalf of the administration, I assure you that food will reach your homes.” He then told Sharma that the protesting workers had food at home and were “only complaining because they had not received a new batch of rations.”

At this, one of the workers retorted: “If we had rations, why would we be on the road?”

Though the video was well received, Sharma was booked by the Baddi police for alleged “sensational/fake news on social media”. He was charged under Article 54 of the Disaster Management Act, 2005 and four sections of the IPC.

On April 26, a second FIR was filed against Sharma for sharing a report of the Hindi daily Amar Ujala on his Facebook page. It said a particular business would have to close for a few months if any of the employees tested COVID-19 positive.

Yet another FIR was filed against Sharma the very next day, April 27, for criticising the Solan administration for causing confusion in the matter of curfew relaxation. He had asked over Facebook if the administration thought people were “kites” that can be “swerved in any direction”. In return, the administration booked him under Section 188 of the Indian Penal Code and Section 66 of the Information Technology Act, 2000. 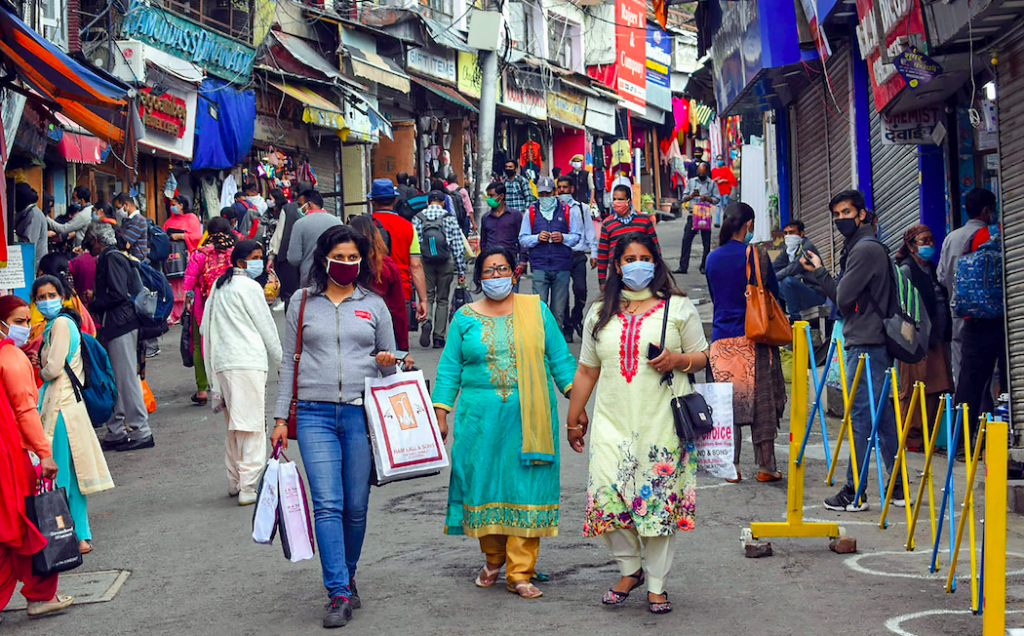 People throng a market after authorities allowed shops to open with certain restrictions, during the ongoing COVID-19 nationwide lockdown, in Shimla, Wednesday, May 13, 2020. Photo: PTI

The area Superintendent of Police took interest in the matter and allegedly broke the news of the FIR on a WhatsApp group that includes local police officers and journalists.

Sharma alleged that the FIRs were a sign of growing desperation in the administration to suppress information flow regarding its failures. “They wouldn’t do this before the lockdown. But now if you write two words critical of them, you’ll have an FIR on you. Since they filed the FIRs, my curfew pass was turned down…I stay at home these days,” he was quoted as having said.

Like Sharma, Jagat Bains, a reporter with News18 Himachal in Nalagarh has also been booked for three cases by the police during the lockdown for questioning the strategy.

In the first FIR, registered on March 30, he was accused of “spreading rumours” through video reports which stated that rations were not reaching migrant workers. His curfew pass was also revoked by the police.

Then two more FIRs were registered against him late last month. One pertained to a report he did from Sallewal village on April 25 where migrant workers again told him that they were denied rations by a government supplier. Though the report had an impact, he was later booked by the police for gathering a crowd for his live video. The FIR cited how he had criticised the administration in the video.

The other FIR pertained to a report he did on April 23, after he received reports of private vehicles mysteriously crossing the sealed borders in Baddi subdivision on April 22 night. Though the District Commissioner promised action against the violators, it was Bains who was booked. The FIR said: “Press reporter Bains circulated videos of the administration without any reason. He also violated lockdown guidelines.”

Bains told Newslaundry that “this is harassment and it brought mental distress with it. I was asked to appear at the Nalagarh police station with witnesses thrice to secure my bail. I had to wait a couple of hours on all occasions.” He said his curfew pass has not been renewed till date.

Doing a story on hunger among migrant workers also led to the filing of an FIR against Dainik Bhaskar’s Gauri Shankar in Kullu. The area Sub Divisional Magistrate accused him of spreading “fake news” despite the contents being proved correct.

Two FIRs have been filed against Vishal Anand in Dalhousie, who is associated with a national news channel.

The portal mentioned how in mid-April Anand was booked by the local authorities in Dalhousie for misrepresentation. He was accused of using pictures of the town’s Gandhi Chowk for a story on coronavirus in Chamba district. Anand charged that such a frivolous argument for lodging an FIR showed that “some officials are misusing power and trying to intimidate journalists.”