Trustees say he acted unilaterally in replying to Adani legal notice; Guha Thakurta says they are not giving the 'full picture'. 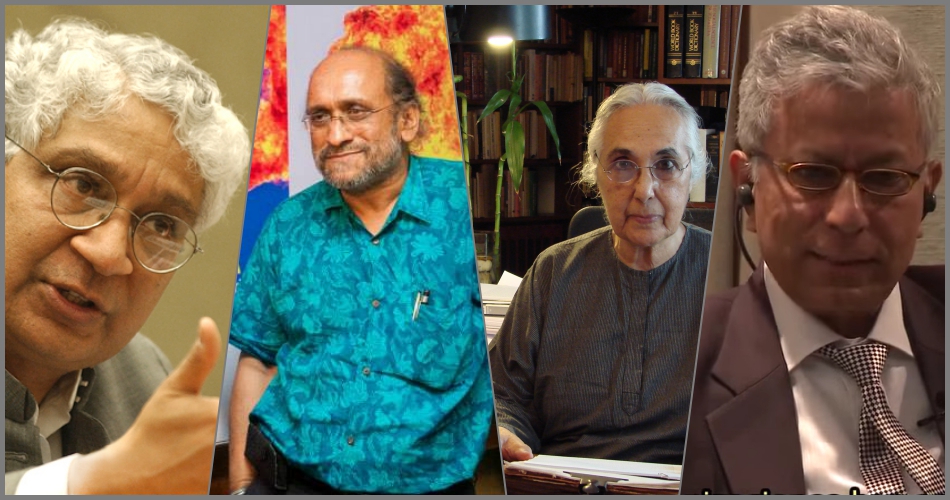 New Delhi: In its first official statement since the resignation of Economic and Political Weekly editor Paranjoy Guha Thakurta on July 18, the Sameeksha Trust, which publishes the respected magazine, said his decision to get a lawyer to reply to a letter the Adani group had sent threatening legal action for an article published was “a grave impropriety amounting to a breach of trust”.

Adani’s legal notice was addressed to the Sameeksha Trust, Thakurta and his co-authors but “Mr Guha Thakurta initiated a legal process ostensibly on behalf of the Sameeksha Trust without informing, let alone obtaining approval of, the Trust although such a decision was not in the domain of the editor to make,” the statement said.

Earlier this week, the legal notice and the lawyer’s reply were put online alongside the article the Adanis wanted removed. “This reply and the legal notice were placed on the EPW website, even before the chairman and managing trustee were informed, so that the trustees were completely unaware of these developments,” the Sameeksha statement said, adding that the “legal reply (sent on the instruction of Guha Thakurta) falsely began with a statement that it was at the instruction of the Sameeksha Trust.”

A special meeting of the trust was then convened in New Delhi on July 18 to discuss the matter. “After discussion, it was conveyed to Mr Guha Thakurta that he had committed a grave impropriety amounting to a breach of trust, in taking a unilateral decision on a matter where any decision could be taken only by the Sameeksha Trust as the governing board. Thereupon, Mr Guha Thakurta submitted his resignation. It was accepted by the trustees after due deliberation,” the trust statement said.

The trustees who attended the July 18 meeting were Deepak Nayyar, who is chairman of the trust, the historian Romila Thapar, the sociologist Dipankar Gupta, managing trustee D.N. Ghosh, political scientist Rajeev Bhargava, and Shyam Menon, vice chancellor of Ambedkar University.

While the Sameeksha statement seeks to address speculation about the circumstances under which Thakurta resigned, it does not mention or refer to the trustees’ decision to take down the article that the Adani group’s lawyers had threatened legal action over.

The article dealt with allegations of government policy being tailored to benefit the corporate house, whose promoter, Gautam Adani, is known to be close to Prime Minister Narendra Modi.

That article, and another with the Adanis have objected to, were republished by The Wire and are available here and here. The trustees have been widely criticised for their decision to remove the article ‘Modi Government’s Rs 500-Crore Bonanza to the Adani Group’ from the EPW website.

The EPW’s Trustees have behaved shamefully, letting down not just @paranjoygt but also the large cause of intellectual and press freedom. https://t.co/bFFSgkh50B

Without explaining why they ordered the article removed from the EPW website – rather than merely the legal reply, whose drafting without consent is apparently what irked them – the trustees said in their statement that “there is no question of the Sameeksha Trust, an independent non-partisan institution, bowing to external pressures of any kind. It never has.”

“The EPW is a unique institution which has earned its reputation as an independent, impartial, journal over five decades, for publishing scholarly articles – research-based academic writing and evidence-based public policy critiques – and providing incisive analysis together with independent commentary on the issues of the time. These are its unique attributes,” they said. The Sameeksha Trust “is guided solely by the objectives of maintaining the ethos, quality and standards of EPW, while ensuring spotless propriety and ethics in the working of its staff.”

Reacting to the Sameeksha Trust statement, Guha Thakurta told PTI that the statement about the interaction that the trustees had with him on July 18 “does not give the full picture of what transpired” that day.

He said that he had acknowledged his “procedural lapse” of unilaterally taking the legal route, and had also apologised to the trust for the same.

“To set the record in context, I wish to state the interaction between the trustees and me went beyond what I consider a procedural lapse on my part in failing to seek the prior consent and approval of the trust before engaging the services of a lawyer to respond to a notice that were served upon me and my co-authors,” he said.

Speaking to The Wire, Guha Thakurta said that the trustees also told him that they did not want him to write signed articles in EPW, that they intended to appoint a co-editor and also set out in formal terms what the role and duties of the editor would be. “And they ordered that the Adani article be removed from the website immediately”.

Guha Thakurta reminded the trustees that a ‘legal notice’ is nothing but a letter from a lawyer and is not the same thing as a criminal case in court. “I also told them that I stand by the factual accuracy of every single sentence in the articles, that I have all the documents to back everything up and that it is a settled principle in any civil or criminal defamation case that truth is a valid defence.”

The trustees, however, were adamant that the article be taken down.

Thakurta informed the trustees of his decision to resign right away and asked whether he could be given a few days to vacate the editor’s flat in Mumbai. The trustees said he stay till the end of July and make his resignation with effect from that date but he chose to be relieved immediately.

Note: Though the legal letter from the Adanis attacked two articles written by Paranjoy Guha Thakurta et al, it asked for only the second, ‘Modi Government’s Rs 500-Crore Bonanza to the Adani Group’, to be taken down. In an earlier version of this article, it was incorrectly stated that the firm wanted both articles taken down. It is, in fact, only the one the Adanis demanded that was removed from the EPW site.