The irony of a poster child of free-market capitalism dreaming of Soviet-style gags on the press is too delicious to ignore. 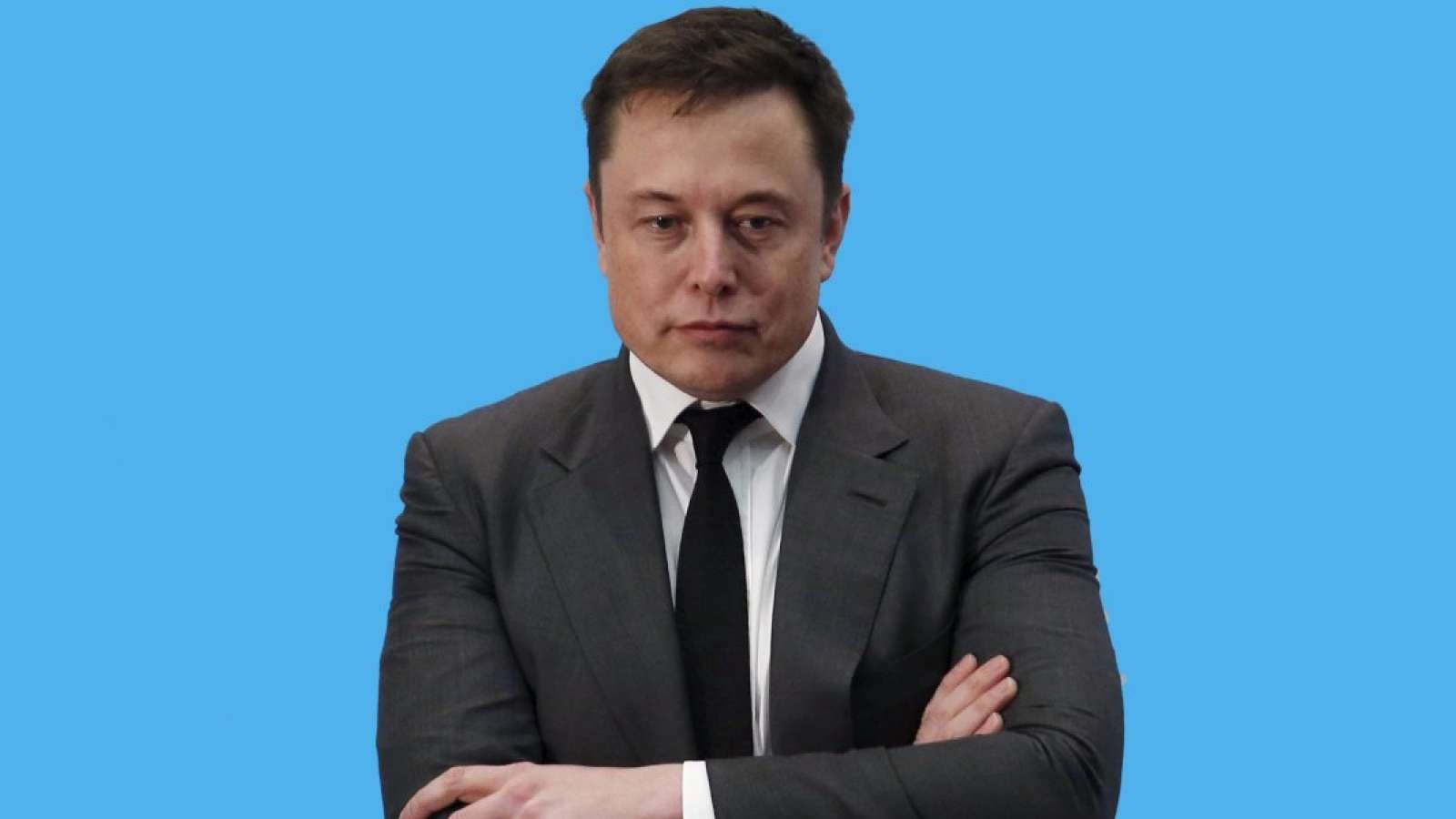 Elon Musk tweeted this week that he plans to setup an online platform called ‘Pravda’, where people can “rate the core truth of any article and track the credibility score over time of each journalist, editor and publication.” This isn’t a joke. Bloomberg reported on May 24, “The California secretary of state’s website shows a Pravda Corp. was registered in October in Delaware. The filing agent and the address listed – 216 Park Road, Burlingame, California – are identical to the name and location used for at least two other Musk entities: brain-computer interface startup Neuralink Corp. and tunnel-digging company Boring Co.”

The products that already exist with Pravda’s premise – and they do – are useless, and which Musk surely knows, and he thinks he can do one better. But he can’t, not for lack of trying but because it will be impossible to keep this product reliable.

Going to create a site where the public can rate the core truth of any article & track the credibility score over time of each journalist, editor & publication. Thinking of calling it Pravda …

Free-for-all forums where some people make decisions for other people are susceptible to being hijacked by polarised communities that can easily bias ratings. For example, search for The Wire on Google Maps and you will see we have a 3.8-star rating. It signifies nothing at all about the kind of journalism The Wire practices. More importantly, most ratings of three stars and below are by people ideologically opposed to The Wire‘s slant. Of course, Musk is welcome to try and build a platform where the numbers are more meaningful than on Google Reviews, but fundamentally, foot-soldiers of the political extrema are bound to gang up and vehemently down-vote publications that publish news they don’t like.

The false conceit in Musk’s declaration is rooted in his belief that journalists who publish stories that suggest he made a mistake are wrong and, more dangerously, the masses are always right.

The bulk of his outrage has been directed against stories on three subjects: investor concerns over the slow production rate and accidents involving his Tesla cars, his pro-Trump line and contracts and subsidies his spaceflight company SpaceX has received from NASA.

This week, all of it coalesced into one anti-media tirade that he accused “holier-than-thou” journalists of bringing upon themselves, particularly by not speaking in the public interest and by basking in a regulatory blindspot where they received no sanctions for alleged misreporting. Musk also attacked the cost-per-mille (CPM)-driven revenue models of many media organisations and accused journalists of writing just for the eyeballs and ad dollars in light of the fact that Tesla doesn’t advertise while the makers of fossil-fuel-driven cars do.

What’s actually amazing about this accident is that a Model S hit a fire truck at 60mph and the driver only broke an ankle. An impact at that speed usually results in severe injury or death.

Thought you’d say that. Anytime anyone criticizes the media, the media shrieks “You’re just like Trump!” Why do you think he got elected in the first place? Because no ones believes you any more. You lost your credibility a long time ago.

There's no sanctimony. It might be impressive to see the innovation @elonmusk has brought to cars and rockets applied to journalism. But that requires taking the time to understand how journalism works, rather than lashing out.

That article was pushed as propaganda to counter IMF study showing fossil fuel subsidies to be $5 trillion/year. Even if $4.9B was true, combined market cap of Tesla & SpaceX is $80B. Where did the other $75B come from? Ass ? …

However, those who want to believe that a journalist or publication is not credible already believe that anyway, and have functional communities on platforms like Facebook, Twitter and Reddit. It is not as if Musk’s product is what’s missing on the scene, let alone new or revolutionary. Ironically, Musk conducted a poll on Twitter asking if a platform where journalists work to maintain credibility scores was a good idea, and 88% of the 681,097 respondents voted ‘yes’. There is no way to tell if this wasn’t another of those social media mobilisations where individual responses were centrally coordinated and many of the votes were cast via multiple accounts held by a single person and, of course, bots.

Musk wants to call this platform ‘Pravda’. Even as an attempt at irony or black humour, the name cannot transcend the founding conceit of the initiative. The word is Russian for ‘truth’; more notably, Pravda was the name of the official mouthpiece of the Communist Party of the Soviet Union. It served the Bolsheviks at the time of the 1917 revolution, and was published continuously until 1991. Until the late 1980s, it published propaganda that furthered the cause of ‘actually existing socialism’ – the official ideology of the erstwhile USSR. While this ‘official organ’ of the Communist Party underwent an ideological transition towards 1990 and the eventual dissolution of the Soviet Union, Pravda‘s editorial positions on either side of this historic line illustrate the vacancy of Musk’s idea as well as choice of name.

Pravda‘s tagline was “Workers of the world, unite!” However, for most of its existence, especially after the Communist Party overthrew the Tsar and concentrated power in itself, it was an official mouthpiece  printing ministers’ rambling speeches and spinning all news such that the interpretations fell in line with official policy. As a newspaper, Pravda was useless except to those who wanted to know what the party line and power structure were in Moscow and the provinces. Its contents were virtually indistinguishable from those of the government-run newspaper, Izvestia, meaning ‘news’. A popular joke at the time was “There is no truth in Pravda and no news in Izvestia“.

Nonetheless, Pravda‘s agenda was the government’s agenda – and the government’s agenda was to control, creating an authoritarian ecosystem that brooked no dissent or freedom of speech or entrepreneurship. The system allowed for the rapid accumulation of socialised capital and high growth rates in its initial decades but eventually ran out of steam. In this world, there would have been no free press and there would have been no Elon Musk either. He is welcome to call his platform ‘Pravda’ by all means but the irony of a poster child of free-market capitalism dreaming of Soviet-style gags on the press is too delicious to ignore.

As the party’s hold on Pravda loosened in the late 1980s, its pages began to print opinions that would have been blasphemous before then. In 1987, according to the New York Times, one of them questioned various government moves, including nuclear stockpiling. Another asked why politicos didn’t have to stand in line at stores and restaurants with the proletariat instead of not having to, and deepening social inequalities. But if the original Pravda was rediscovering its socialist roots by the end of its journey, its new avatar will have to contend with Musk’s elitism.

He famously remarked in August 2017 that public transit is “a pain in the ass”. According to the International Association for Public Transport, “In 2015, 243 billion public transport journeys were made in 39 countries around the world. This figure represents an 18% increase compared to 2000.” According to Musk,

A year later, he checked himself somewhat, tweeting that people without cars would be allowed to travel in bus-like pods, the plans for which he would prioritise over those for the Hyperloop.

Musk is lazy because, instead of trying to build a credibility-rating platform, he could either engage with journalists – especially women, whose credibility is constantly dragged down by faceless trolls assailing them not for their views but for their gender – and the underlying idea of journalism (together with how its purpose continues to be misunderstood). He is lazy because he thinks that by getting the numbers on his side, he can show journalists up for the phonies he thinks they are. Musk is likely to have better success at shaping public opinion if he launched a news publication himself.

Note: This article was edited to correct the expansion of the acronym CPM to cost-per-mille