How the Rise of Donor Funded Media Is Impacting African Journalism

Risks of shunning aid include missed opportunities to report independently on local power brokers, but aid can also be used to coerce journalists to change their norms. 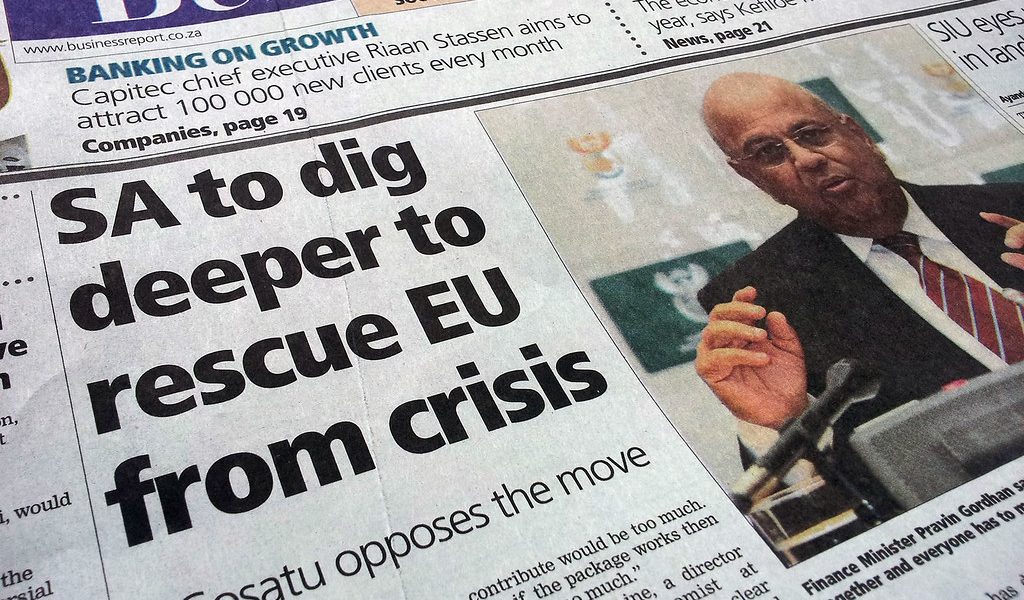 An enormous and increasing portion of the foreign development aid coming into Africa annually is for media development. Foreign aid funds diverse projects, ranging from investigative journalism in Nigeria, to stories on Chinese building projects in Kenya, or health reporting in South Africa.

The news media landscape and journalism practices – on the continent as well as globally – have undergone massive change in recent times. This, coupled with the collapse of familiar business models, and the limited potential for genuinely independent “watchdog” journalism, the relationship between external influences on local cultures and practices of journalism needs to be reassessed.

A report last year, by the American Centre for International Media Assistance, concluded that about US$600 million a year is spent on media development in Africa by state and private funders. This may exceed a billion dollars if the opaque amount China spends on media operations and training globally is included. Much of this is focused on Africa.

But how does this aid influence journalism in Africa?

We witnessed parallel and intensifying debates among media workers in developing countries who accept (or depend on) foreign funding. Funders themselves are also increasingly reflecting on their objectives and how they measure success. And, the role of foundations in funding journalism is coming under increasing scrutiny.

Much of the media aid industry still holds the view that media workers and institutions in the South should emulate their counterparts in the North. But, our study took a different approach. We asked to what extent a flow of foreign money has affected the ability of developing regions to foster a critical and independent media sector.

Journalists who took part in our project worried that the foreign assistance or travel they’ve received may limit the stories they can tell, or influence the way they tell them. On the other hand, they often feared that without foreign financial support, critical journalism in their countries would vanish.

The colonial powers of Britain, France and Portugal still cast a long shadow over Africa’s media. More recently, however, African media has been shaped by the US and China. Many foreign interventions are small like the funding of a single investigative news story, for example. But some are massive.

Since the end of the Second World War in 1945, foreign aid has been directed at disseminating a model of journalism practice and education that aligns with the interests of wealthy, Northern donor nations. Chinese involvement in Africa has led to questions being asked about the assumptions underpinning Western media funding and training.

Because Chinese media are based on a very different model, their initiatives have caused anxiety among journalists and commentators steeped in the liberal-democratic tradition. This tradition emphasises the “watchdog” role of journalism.

Chinese media, on the other hand, adopt a more persuasive and positive tone and favour official perspectives. This, while taking a critical view of the history of Western involvement in Africa. This approach is sometimes called “constructive journalism”. It promises to present Africa in a more positive light than the stereotypes that have historically characterised Western coverage.

The establishment of Chinese media outlets such as China Global Television Network, the wire service Xinhua and China Radio International in Africa have been seen as part of China’s strategy to increase its visibility overseas.

We know little about how these exchanges – and other forms of foreign investment by corporate or religious institutions – affect African media and the stories they tell.

The fear is that the Chinese model, because of the government’s control over the media, is dangerous to introduce in African countries where press freedom has often come under attack.

But fears about a major shift may be overblown or premature given that research has shown that the influence of Chinese media on journalists and audiences in Africa remains minimal.

For its part, Western aid has resulted in an Anglo-American culture of journalism education which has proved impractical to implement in countries with illiberal political regimes.

This is a difficult question. There are risks that come from shunning aid. This includes missed opportunities to develop African media or report independently on local power brokers.

On the other hand, aid can be used to coerce journalists to change their norms and practices unduly.

Media producers and users in developing countries need to be more vigilant about foreign media support. And they need evaluate it. For citizens in countries that provide such aid, the challenge is to scrutinise the efforts made in their name.