Darryl D'Monte, an Inspiring Editor Who Always Made Space for Young Writers

An age in the Indian media is passing, and Darryl’s departure makes the end of that age even more imminent. 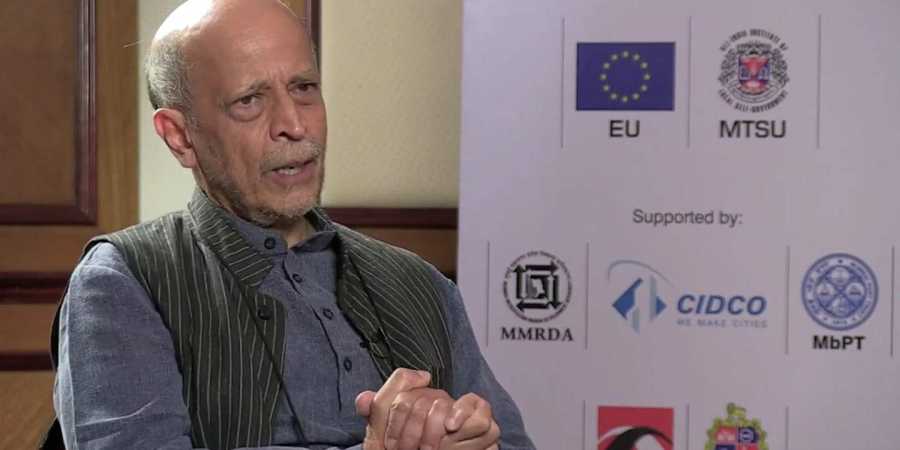 This is now becoming a cliché. Even as our kind shuffles off the mortal coil one by one and alarmingly fast, the cry goes up: “The last of the Greats! They don’t make them like that anymore!” Cliché or not, Darryl D’Monte deserved all that and more.

There were three of them who stand out, I believe all of them starting out as junior assistant editors: Darryl, Dileep Padgaonkar and Prem Shankar Jha. The first, fresh out of Cambridge, drove an old black round-bottomed Fiat from his home in Bandra to the railway station and from there took the “local” to Victoria Terminus. The third, from Oxford, on a tiny Rajdoot “Bobby” bike, was so overwhelmed that it seemed as if he was floating down the road on nothing. The second, from Sorbonne, perhaps India’s first and only ‘French’ journalist to write in elegant English, drove straight into a tree and swore never to drive again, replacing the car with his trademark mufflers and scarves. They all joined the Times of India in Bombay around the same time and made things incredibly different from the status quo.

Darryl clearly belonged to Bombay’s aristocracy, although he would have been deeply embarrassed to be described this way. His ancestors settled on a largish tract of swampy land, I would like to believe around the time that Catherine of Braganza handed it over to Charles II of England as her dowry when India’s first city was still a village and perhaps much before Bengal’s latter-day aristocrats were conferred with land and title by the British after the Permanent Settlement. That swamp later became Bandra, home to the Bollywood glitterati. There’s a D’Monte Park built on land donated by the family close to where he stayed to testify to this. But Darryl never mentioned this.

One thing he did mention, in passing conversation, was that he was “east Indian” as opposed to a Goan, as many outsiders mistook him for in the early 1970s. Since Bombay was in western India, this term did not appear to make sense. Govind Talwalkar, the late editor of Maharashtra Times, frequently caused further confusion in the newsroom of the Old Lady of Boribunder, calling him “Demento” for some reason. Clearly Darryl’s grandfather, or maybe his great-grandfather, would have qualified as a Rai Bahadur or a Rajah but for their religion. The snooty Brits were clearly loathe to elevate “natives” of their own faith, while seeing no problems in conferring titles and other paraphernalia like umpteen gun-salutes to newly created aristocrats from among the Heathens.

Also read | Dileep Padgaonkar, Forever a ‘Times Man’, Long After The TOI Had Moved On

Darryl came to the Times of India in 1969, four years before I joined as a trainee journalist. Apart from writing the usual “on the one hand this but on the other hand that and what will happen only time will tell” sort of non-committal edits that the TOI was and continues to be famous for, he also had a line function running the Sunday Magazine. This was spun off into a separate entity called Times Weekly. Darryl came into his own, encouraging others to write, not just famous names but plebeian in-house journos like me, as long as they had something to say, a passion, a desire and the ability to say it coherently.

I joined the Times group in 1973 and was working with the flamboyant Khushwant Singh, the iconic editor of the Illustrated Weekly of India and poster boy of the entire organisation. An “aristocrat” from New Delhi which his father, Sir Sobha Singh, built for the British, Khushwant had a background similar to Darryl, but they were poles apart in temperament. Darryl was more suited to the understated realms of the higher echelons of TOI. Khushwant, despite his age, was noisy and in your face. He got more and more boisterous as the circulation and fan base of The Weekly grew. Both Khushwant and Darryl were, however, the same when it came to encouraging young talent.

While Khushwant focused on explosive circulation-led growth, Darryl concentrated on creating “explosions” of his own, at least two of which shook the cultivated aloofness fostered by the TOI editors. Soon after I joined the Illustrated Weekly, Darryl and the Times Weekly set off a bombshell. Darryl has written about this in The Wire, so I won’t dwell upon this at length.

In Darryl’s own self-effacing candid words:

“My editor was the formidable bibliophile and stickler for clear prose, Sham Lal. In 1973, it was only due to the fact that Sham Lal had a soft spot for his young bibliophile, Dileep Padgaonkar, freshly returned from Paris and also a junior assistant editor, that he permitted an entire issue of the Times Weekly guest-edited by Padgaonkar to be devoted to Dalit writing. It comprised translations from Marathi poetry and prose and was titled ‘Dalit Literature: Voices of the Oppressed’.

“I was ignorant of any such genre as Dalit writing and relied entirely on Padgaonkar’s judgment which, it turned out, was spot-on.”

The issue had stories by subsequently well-known writers such as Daya Pawar and Baburao Bagul.

However, it was the poems published that were incendiary. The cover page had one such by Namdeo Dhasal that began:

Man, you should explode
Yourself to bits to start with
Jive to a savage drum beat
Smoke hash, smoke ganja
Chew opium, bite lalpari
Guzzle country booze—if too broke.”

The poem caused the normally reticent Sham Lal to explode and was replaced.

The issue created a sensation in the elite English-speaking world of Bombay and spread the Dalit voice to other parts.

A year later, Darryl made Sham Lal unhappier with an entire issue of Times Weekly focused on the Indian Left, notably the various communist parties. Nothing terribly wrong with that, except for the fact that virtually none of Sham Lal’s left-wing friends got a look in. A virtually unknown M.J. Akbar and a total nobody (me) were given endless space to analyse and dissect the Left movement in the country. My efforts at examining the programmes of the various communist parties gained extra mileage thanks to the late A.R. Desai, who had it reprinted by the CG Shah Memorial Trust as a pamphlet.

The late Sham Lal had another explosion. To his credit, he did nothing more than let Darryl know how angry he was. After all, Sham Lal was one of the world’s great editors and a liberal the likes of whom does not exist anymore. In today’s world, the issue would never have seen the light of day and the “conspirators” would have certainly been unceremoniously given the boot.

My encounters with Darryl, even as I went through the routine grind from the city morgue to Rotary Clubs, increased after Indira Gandhi imposed an Emergency all over India. After a short burst of defiance lasting two weeks during which the Illustrated Weekly ceased publication in protest, Khushwant caved in – only to re-emerge declaring Sanjay Gandhi the “man of the year”, although Jayaprakash Narayan got the largest number of votes from the readers.

K.R. Sunder Rajan, an assistant editor in the TOI, was trundled off to jail for openly defying the Emergency and speaking in support of JP in public meetings. However, Sham Lal refused to condemn or even criticise the Emergency, despite the fact that the court-appointed directors of the company had passed a resolution to that effect. He said he could not risk the livelihood of hundreds on a matter of principle.

In a burst of democratic fervour, Darryl and a number of us held a meeting in the TOI newsroom that met with enthusiastic support. The situation was very different in the bowels of the building, where the press workers met our fervent pleas to cease publication with just one question: “How will we feed our families and ourselves?” Sham Lal had been proved right.

After years of separation, Darryl and I once again came together in our labours in the 1990s, first in the TOI where we jointly produced the Sunday Times of India (which quickly became India’s largest Sunday paper) and thereafter as resident editors of TOI Bombay and Delhi respectively. Darryl and his team rose splendidly to the occasion in their coverage of the Bombay riots 1992. We left the TOI together with Dileep and Arvind Das to establish our own company, the Asia Pacific Communications Associates (APCA), in 1994.

That experiment ended rather quickly, as far as Darryl was concerned, for a variety of reasons, mostly financial. We were far from doing well, unable to meet expenses leave alone salaries then. Besides, we were into television. Dileep and Darryl quickly and correctly concluded that this was not a medium meant for us.

We went our separate ways thereafter, Darryl becoming a major champion for environmental journalism and an author as well, and I to focus more in the newspaper world of Nepal.

In our increasingly shrinking world of friends and people like us, word is doing the rounds that with Darryl gone just one of the four “APCA founders” is left. As I said earlier, of the three exciting talents that joined the TOI virtually at the same time, just one, Prem Shankar Jha, remains and continues to write in his erudite and feisty way. I guess it’s becoming an increasingly lonely world these days. Perhaps what the last of the dinosaurs must have felt like. An age is passing and Darryl’s departure makes the end of that age even more imminent.