Darryl embodied a bygone era of Indian journalism; one that was humble, intellectual and spirited. 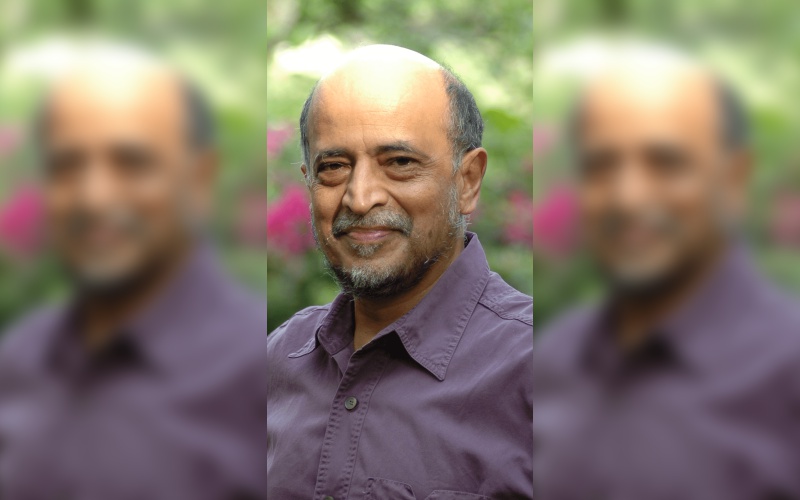 Darryl D’Monte, an editor par excellence has left us. He epitomised the best of journalism, in an era long gone.

The tributes pour in. An editor and a gentleman of the old school.  An aristocrat though he would have abhorred the label. Veteran journalists, from Kalpana Sharma to Ramachandra Guha, are proud to describe him as a friend, a mentor and a man who was decent to the core. Old fashioned words that describe an age that has slipped away, silently and slowly.

There is shock, sadness and immense regret and nostalgia for the period when journalism was a fine profession. One we were proud to belong to. Darryl couldn’t have been ‘merely nice’, or he wouldn’t have made it to the position of resident editor of both the Times of India and the Indian Express, two of India’s largest English language dailies. He had a sharp brain and a Cambridge degree. He glossed over the keen intellect with wit, good-natured jokes and a kind, warm personality.

I was in my twenties when I first met Darryl. Entering the iconic Times of India building for the first time, was indescribable.  The thought of meeting the resident editor set off butterflies in my stomach. I was an anomaly – an air-hostess writer! I was introduced to Darryl by a Jharkhand activist. Darryl’s face was a study.

He was, however, too much of a gentleman to quiz me about it. He said, an enigmatic expression on his face, ‘an airhostess interested in Bihar tribals?! A bit unusual, hmmm?’  He then gave me that warm, disarming smile. Eyes twinkling. I relaxed, he was not going to prejudge or stereotype me.

I told him I was going to Brazil and sought advice. In retrospect, I cringe. Only the arrogance and extreme naiveness of youth could have given me the audacity to blithely sail into a resident editor’s office with such a ludicrous request.

Editors in general, and Darryl, in particular, though, were a different breed then. They were approachable and genuinely interested in ordinary people. The era of the editor as a celebrity had not yet arrived. “Go up and meet Ben Costa,” Darryl directed. “He has a brother in Brazil. Lots of exciting things happening there.” Ben Costa, equally friendly and affable, gave me an introduction to his brother, Luis, who’d settled in Brazil.

When I returned a month later, Darryl directed me to Dom Moraes who published me in TOI for the first time. Meeting all these legendary writers was an unbelievably heady experience for anyone, especially a greenhorn like me. And so I wrote my first piece for the Times of India.

Like writers before me, I too was shocked that one of Bombay’s most famous sons, didn’t drive around the city. He didn’t give any lectures about global warming, though he was an environmentalist before the word became fashionable. Just said he preferred to take the local to work.

My husband, Stan acted in a play Amadeus, in 1982. Darryl and his delightful wife Zarine came to the play and hitched a ride back to Bandra with Stan driving a borrowed car. He made Stan’s day with his comment, “you drive like a Bombay pro.”  Quintessential Darryl. Always pleasant, giving young people a boost. My mother’s favourite cliché was, ‘it’s nice to be important, but it’s more important to be nice.’ Darryl, of course, was both.

The niceness, the courtesy, is something so rare in a world often run by loud-mouthed, badly brought up, upstarts, that it gladdens my heart to read the obituaries which repeat, ‘gentleman, friend, mentor, unfailingly courteous’, all of which seem tailor-made for Darryl.

Several years later, indeed a marriage and three kids later, I’d moved from Kolkata to Bombay, around world capitals, to a serenely beautiful place in the Nilgiris to work with adivasis. Being in the boondocks in the days before the internet or even phones, in our neck of the woods, my confidence had taken quite a beating. I hadn’t written an article for half a decade and felt out of touch with everything. The adivasis we worked with, held a 10,000 strong demonstration protesting the theft of their ancestral, millennia-old lands.

Inspired by them and angered at the injustice, I shot off a four-page article. I then took a night bus to Bangalore, a train to Chennai and an autorickshaw to the Hindu office. Trepidation and common sense set in. Why would the legendary editor N. Ram even meet a nobody like me? He was guarded from intruders by two secretaries and I knew no one there, had no introduction, nothing. Why would they then allow me into the editor’s sanctum sanctorum?

Darryl had advised me to start writing for the Hindu. ‘One of the best’, he said. But in the days before the internet, computers or fax machines, communication was not easy. I hadn’t written a word for years. In a panic, I quickly scribbled a note, ‘Darryl D’Monte, resident editor, Times of India, advised me to meet you’. I was ushered into the editor’s den. He glanced at my story, picked up the phone and called his news editor. ‘We’ve got a good piece here’. He then put down the phone and said, ‘We’ll use it.” I was exhilarated.

I immediately phoned Darryl. ‘You told me to write for the Hindu. I used your name to get in to meet the editor and my story is going to be in Frontline‘. ‘Wonderful,’ he replied. ‘Congratulations and feel free to use me as your calling card anytime’. Darryl was proud and pleased that we worked on human rights issues with adivasis. Unlike many others, he chose to put his money where his mouth was.

Darryl D’Monte started me off with Frontline and the Hindu group. He re-opened my long and winding journalistic road. For me the rest is history.

I’m forever grateful. And as others have said before, I feel honoured, personally to have had the privilege of knowing him. Farewell, dear Darryl. You leave a void in journalism and in many, many hearts.