In Fond Memory of Danish Siddiqui, My Argumentative, Loving and Pulitzer Prize-Winning Friend

A personal tribute to an old buddy who brought empathy and understanding to his memorable work. 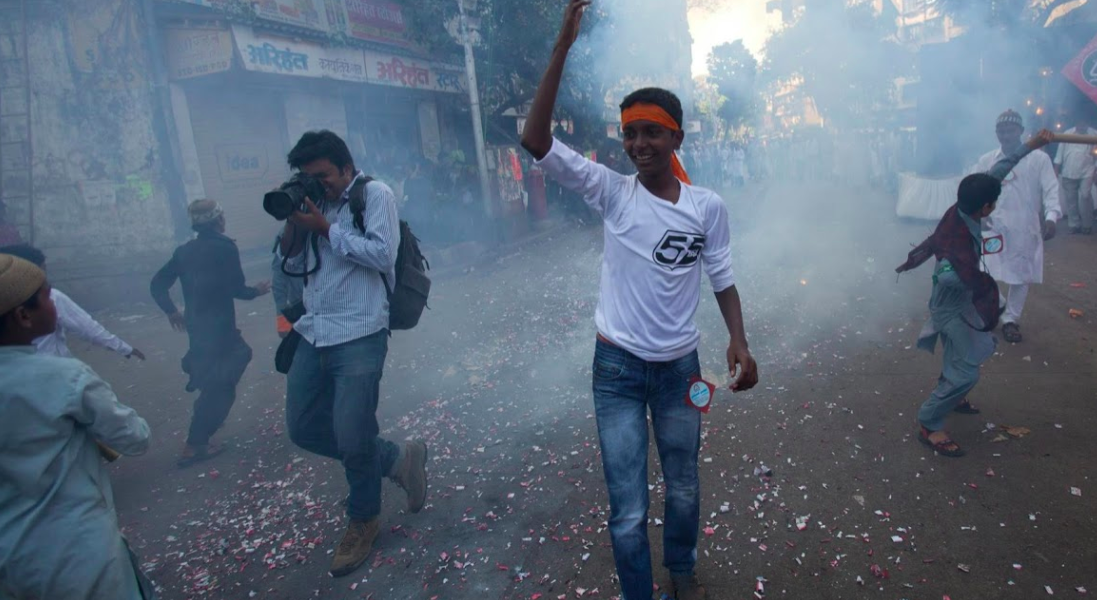 I try to remember my first meeting with Danish at the A.J.K. Mass Communication Research Centre of Jamia Millia Islamia, as freshly enrolled film school students in the summer of 2005.

All I have is a hazy memory of a tall fellow in a pistachio coloured, half-sleeved shirt tucked inside his jeans and a maroon backpack on his left shoulder. And oh, that he smoked and would later go on to proudly count his many sutta-converts (converts to cigarette smoking), who would join him on the terrace canteen of MCRC between training and theory classes.

Danish was energetic, fun and hot-headed and I think everyone wanted to work on their student films with him. To have him in the crew meant one could focus more as a director on the day of the shoot. Unless of course, you had gotten on his wrong side and he decided to not cooperate. But even then, I have a feeling he would return to the shoot within an hour of the scheduled start, making some generous comment about the ‘director’ and get to work. If you were lucky to be his friend, then he would be there for your shoot even if he was not in your official film crew.

I cannot remember any film that I made as a student without Danish. Our final graduation film Rihhaiish (Residence, 2007) was filmed in and around Jamia Nagar in New Delhi, with a crew that consisted of our mothers, relatives and friends. In this part-autobiographic, part-political film, we poured our hearts, lives and tussles of growing up a middle-class religious minority in an increasingly majoritarian, right-wing climate in India.

My 15-year-long friendship with Danish unfolded against each of us trying to make sense of the threat of violence that hovered over our abstracted lives. Until I joined Jamia as a postgraduate student, I dealt with my identity as an Indian Muslim woman by denying it as much as possible or limiting it to a very personal arena of family. 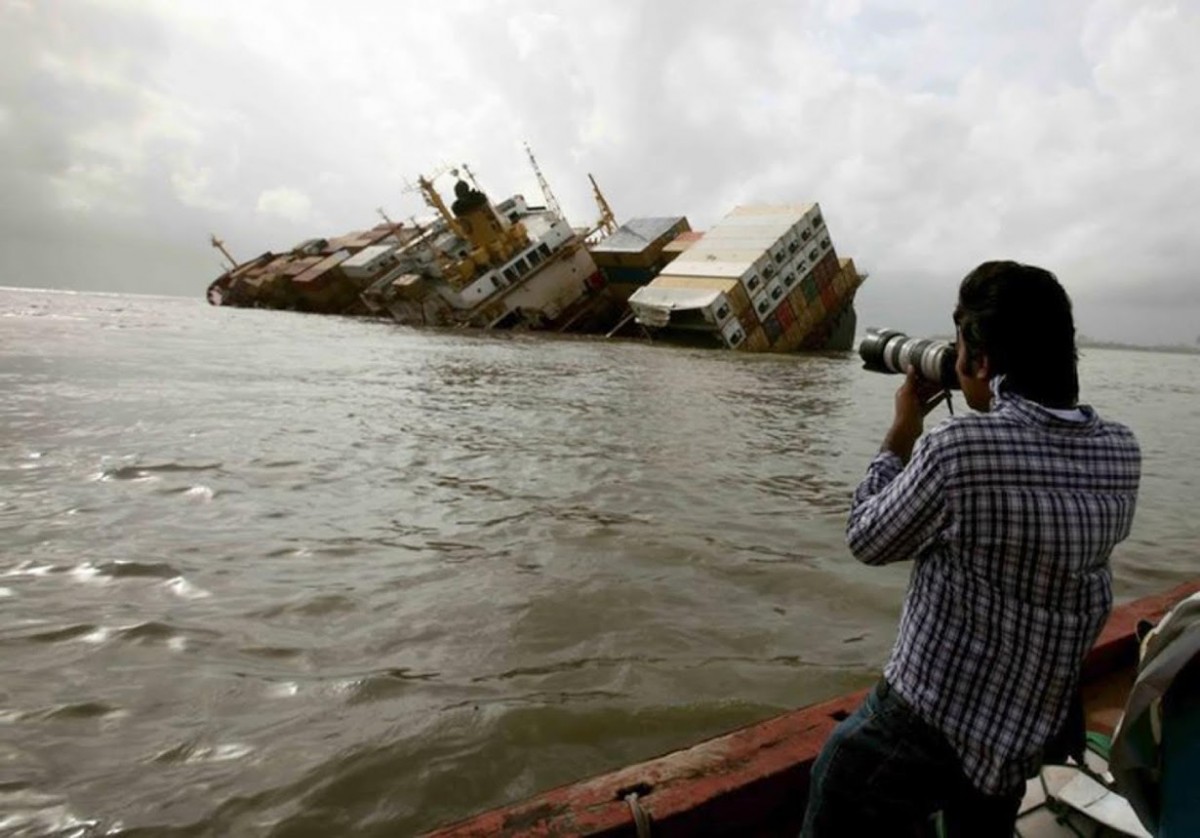 Danish, on the other hand, embraced his identity fully, wore it like a badge of honour and his jokes were peppered with tongue-in-cheek Islamic utterances. I too became more comfortable with myself and my history around him.

We, of course, had many arguments during and after our shoots, as we led high voltage lives in Delhi, our bodies and minds confused and consumed by the world that unfolded around us after 9/11. It bothered me even then that viral objects shot in lands faraway had started making their appearances in our phones. While we were studying how to make media and make meaning of media, as 21-year-olds we were also encountering instantaneous atrocity in the form of videos from Iraq and Afghanistan where the United States was fighting their ‘war on terror.’

I protected myself from these captures, while the ‘boys’ watched and shared. On a couple of occasions, I also preached some half-baked media effects theory about how instead of sensitising to human life and misery, these unreliable viral videos on our low-grade Nokia phones in 2005-06 were making us resilient to violent content. I must have been really annoying for we argued hard, fought loudly and then went to our respective partners to calm down.

But we soon made up, for it was hard to stay cross with Danish for long and he always promised company that was joyful, comforting and fast-paced.

Also read: Photo of Muslim Man Being Beaten in Delhi Riots is Reuters’ India Pick in ‘Pictures of Year’ List

After Jamia, my friendship with Danish became less argumentative and more affectionate. We made another short film in 2009. His lens drew unanticipated sensitivity and tenderness from an otherwise stern and restrained Dr. David Baker, the protagonist of the film.

Around this time, Danish moved to Mumbai and I occasionally crashed at his pad, envious of his plucky freedom and grateful for his friendship. I moved to the UK to pursue my PhD and we met every year either in Mumbai or Delhi.

He had joined Reuters as a photo journalist and was travelling frequently for high-risk assignments. In over ten years with Reuters, he captured many images of human conflict and resilience. My favourites remain the series on Kabul’s silver screens, the migrant labourers during COVID-lockdown in India, and the Rohingya exhaustion, which won him the prestigious Pulitzer prize. Pameer, one of seven cinemas operating in Kabul in 2012. Photo: Reuters/Danish Siddiqui

What was unique about Danish’s work was his desire to follow his subjects beyond the frame of iconic photographs and into the ebb of each crisis. He visited labourer Dayaram in a Bundelkhand village  and was relieved to find Zubair of Delhi riots convalescing in a local hospital. Danish cared enough to see that people were more than iconic photographs and fearlessly sought to represent human lives in as ethical a manner as is possible in these moments of crisis.

It was Danish’s strong attachment to his lived community in Jamia and an imagined one in India and beyond, that made him take up many risky assignments. The dialectic of Muslim terror and Muslim persecution suffused his work and thought. His courage was a quest, a drive to dive deep into the heart of the problem of sectarian violence, if such a heart can ever be located.

We met for the last time in March 2020, right after his coverage of the Delhi riots. I was visiting for a few weeks and he was ‘lying low’ after receiving unending umbrage from the online right-wing trolls. He described how he got that iconic photo of a man being beaten to near-death by Hindutva mobsters. It involved subterfuge, pretending to be a newsperson sympathetic to the mobsters who invited him to join them on their rampage.

When he started clicking photos that they did not wish to be captured, the mob got suspicious. They demanded his photo ID and it was his Hindu colleague who managed to lead him out of the tangle, which also involved a good amount of fast running to escape the situation. 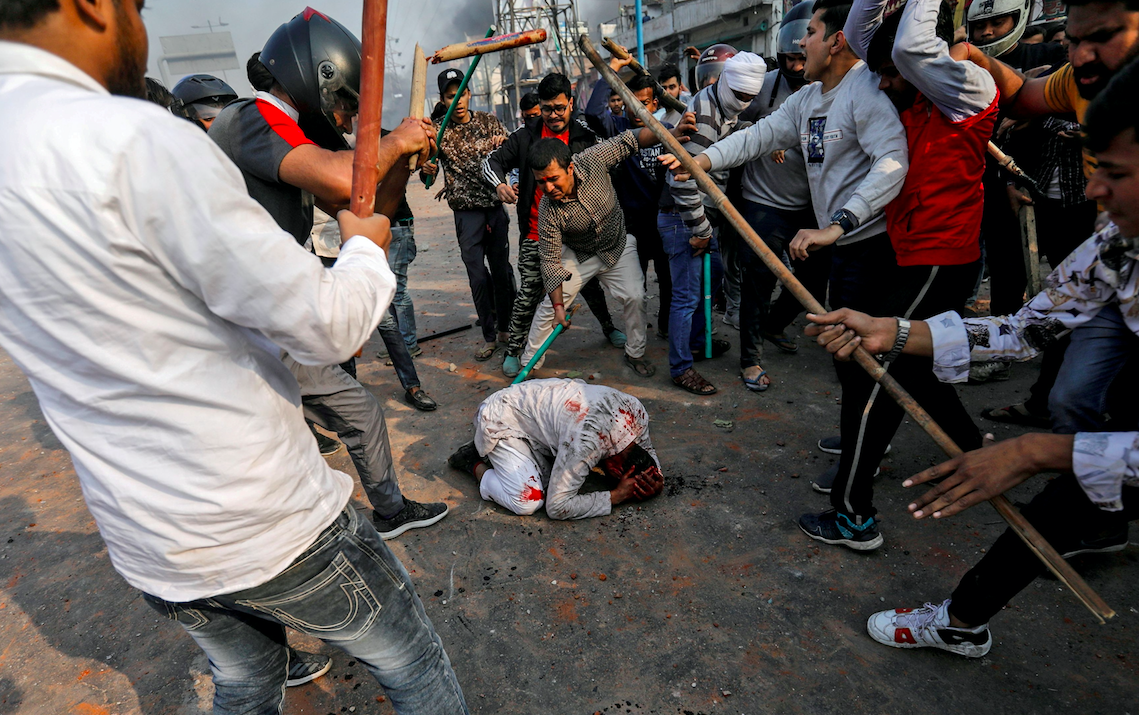 I was stunned as to how three decades of mediatized stories of riots that our generation has grown up with in India starting from the 1990s, had come to inhabit my friend’s body. I knew what having that body meant, one where no personal memory resides outside of the shadowy geographies of hate. He had sought to document these as a duty, and his responsibility to the weak and persecuted.

The CAA, he pointedly told me, if it comes, will not affect us.

“It is the rickshawallah in Jamia who will have no papers to prove where his forefathers came from and where they went,” he said.  I had been worried about his health and well-being for over a year now, and our messages had lost some of the earlier political piquancy. I was sounding more and more like a mother, a sister, and a politically disinterested friend. After his brief arrest in Sri Lanka in 2019, those close to him were worried about the calculated risks he was taking to report his stories.

Last month when he mentioned his upcoming trip to Afghanistan, I was more relieved than worried, since his COVID-19 coverage in India had caused him much personal angst as well as the usual online hate.

“Afghanistan mein zyada adventure karne ki zaroorat nahin hai (No need to go on an adventure in Afghanistan),” I wrote.

“Let’s see, Afghanistan is an adventure itself,” he replied with a laughing emoji.

Two days ago, when I watched the WhatsApp videos he was making in the Humvee, I lightly chuckled at how he must be enjoying all the action, the shaky camerawork and being the star that he was.

An avid biker himself, Danish also liked to shoot in moving vehicles. These viral videos are no longer as grainy as they were in 2005 and at least, I could no longer argue about the veracity of these images since he was filming the violence himself. I responded with animal emojis, cloaking my anxieties with funny symbols, half-worried that anything more will encourage him to take further risks against the Taliban.

But he was already also sharing everything on Twitter, and the platform that brought him much hate also fetched him much adoration and admiration.

As Danish’s friend who intensely felt and shared his curiosity about the experiential patterns of Muslim minority and majority contexts, I will grieve my buddy endlessly.

When we spoke a few months ago, he asked me what was keeping me so busy. When I said “writing”, he brought forth his usual dismissive, funny self: ‘Abey kitna likhogi tum (‘Dude, how much will you write’)!”

I regret not telling him then that I too had been touched by his incandescence and curiosity, and that meeting him in Jamia perhaps changed me forever. Rest in peace my beloved friend, the good fight will go on.

Salma Siddique is a writer and researcher at Humboldt University, Berlin.