The report said that as many as 22 FIRs were filed against various journalists while the lockdown was in progress. 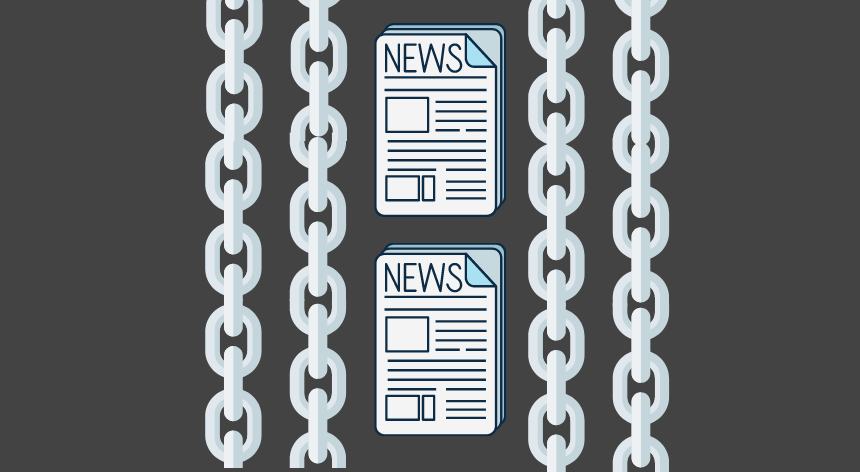 New Delhi: Ashwini Saini is a contributor to a Facebook page that publishes news on the Mandi district of Himachal Pradesh.

Saini, who also works as a freelancer for the Hindi daily Dainik Jagran, filed a video report for the page, called ‘Mandi Live’, on April 8. The report highlighted the failure of the district administration in supplying rations to migrant workers stranded in the district’s Sundernagar sub-division.

Though it featured workers who related their plight to the lockdown and lack of rations on camera, the Sundernagar sub-divisional magistrate Rahul Chauhan filed an FIR against Saini under the Disaster Management Act, accusing him of spreading ‘fake news’. An aggrieved Saini wrote a letter to Prime Minister Narendra Modi and state chief minister Jai Ram Thakur, accusing the SDO of “gagging the press”.

What followed were three additional FIRs against Saini.

Undeterred, on April 13, Saini and another reporter – from Divya Himachal – filed another video report. This one was on brick kilns operating in the sub-division in clear violation of the lockdown rules. Police swung into action, shut the kilns, but booked Saini under various sections of the Indian Penal Code.

His car, which he had been using to report, was seized and another FIR was filed under the Motor Vehicles Act.

In total, Saini has five FIRs against him, filed by police of the BJP-ruled state, through the month of April, for his journalism.

Another reporter from the state, Om Sharma of Divya Himachal, has had three FIRs filed against him during the lockdown. On March 29, state police filed an FIR against Sharma for going live on Facebook from the industrial town of Baddi, focusing  on hungry migrant labourers protesting by the roadside. His reportage was termed “sensational/fake news” in the FIR.

The second FIR against Sharma was lodged on April 26, for sharing a news report of Amar Ujala on Facebook. The third one was filed a day later for criticising the Solan district administration over confusion regarding the directive to shut down shops. His curfew pass was thereafter withdrawn – forcing him to stay away from filing any more ground reports.

Vishal Anand, associated with a national news channel, also faced the ire of the state government for using images of Gandhi Chowk in Dalhousie for a story on COVID-19 in Chamba district. Notably, Dalhousie comes under the district.

These are among several instances of law enforcement’s action against media personnel, spanning various states that found place in a report – India: Media’s Crackdown During Covid-19 Lockdown – published this week.

Collated by Delhi-based Rights and Risk Analysis Group (RRAG), the report states that as many as 55 journalists “faced arrest, registration of FIRs, summons or show cause notices, physical assaults, alleged destruction of properties and threats” for reporting on COVID-19 or “exercising freedom of opinion and expression during the national lockdown between March 25 and May 31, 2020.”

In a press note, RRAG said the highest number of attacks on media personnel during the period was reported from Uttar Pradesh (11), followed by Jammu and Kashmir (6), Himachal Pradesh (5), four each in Tamil Nadu, West Bengal, Odisha and Maharashtra. Two cases each have been reported from Punjab, Delhi, Madhya Pradesh and Kerala, and one each from Assam, Arunachal Pradesh, Bihar, Gujarat, Chhattisgarh, Nagaland, Karnataka, Andaman and Nicobar Islands and Telangana.

RRAG director Suhas Chakma said, “Even though the Supreme Court on March 31 refused to interfere with the free discussion about the pandemic, the repression (by the government) on journalists who acted as messengers by risking their lives to convey the news on (about) various mismanagement, deficiencies, corruption, hunger of migrant workers/impoverished citizens, lack of adequate PPE (personal protection kits) for doctors at hospitals, etc. began in earnest.”

At least nine journalists were subjected to beating, including two in police custody. While, one journalist was held hostage by the sarpanch of the village in Odisha, the house of another journalist was allegedly demolished because of a (COVID-19 related) report he had filed which involved a ruling party MLA in Telangana. A female journalist in Arunachal Pradesh was threatened for publishing a story on a ‘wildlife hunting spike’ during the lockdown.

India’s ratings in the annual World Press Index has been continuously sliding. The 2020 index, put together by Paris-based Reporters Without Borders, has placed India in 142nd position, below neighbours Nepal, Bhutan and Sri Lanka.

In an attempt to better the ratings, Union information and broadcasting minister Prakash Javadekar has recently announced the formation of a ‘Index Monitoring Cell’ to advise the Ministry and state governments on how to improve India’s position in the 2021 index.