Chhota Rajan, Eight Others Get Life Imprisonment for Murder of Journalist J. Dey

A special court in Mumbai, however, acquitted former journalist Jigna Vora and another accused due to lack of evidence. 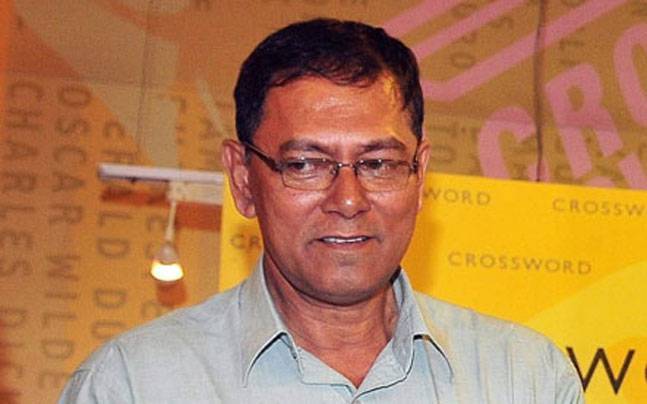 Judge Sameer Adkar, however, acquitted former journalist Jigna Vora, who was charged with instigating Rajan to carry out the killing.

The judge also acquitted Paulson Joseph, who was accused of handling the financial operations concerned with the conspiracy.

Vora broke down in the court soon after her acquittal was announced by the judge.

Rajan, who was witnessing proceedings from New Delhi’s Tihar jail via video conferencing, said “theek hai (alright)”, when the judge read out the sentence and asked the gangster if he wanted to say anything.

This is the first major conviction for Rajan since he was deported to India following his arrest at Bali airport in Indonesia in 2015.

Earlier last year, Rajan was convicted by a court in Delhi and sentenced to seven years imprisonment in a case of fake passports.

The prosecution has demanded the maximum punishment for the convicts, saying that Dey was a journalist, who represented the fourth pillar of democracy. 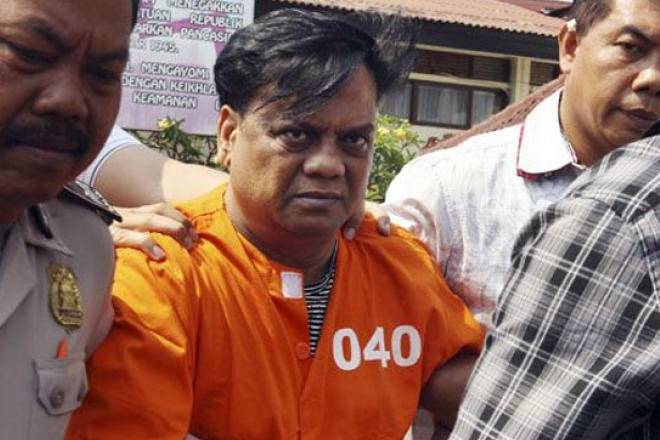 Dey, 56, was shot by two motorcycle-borne men on June 11, 2011 in suburban Powai when he was on his way to his residence.

At that time, he worked as a senior editor for the tabloid Mid Day.

According to the prosecution, the killing was carried out at the behest of Rajan, who was purportedly ‘unhappy’ with the negative reports that Dey had been writing on his health and his diminishing clout in the underworld.

A total of 12 persons were arrested in the case, including Rajan, Satish Joseph alias Satish Kaliya, the shooter and Vora.

One of the accused, Vinod Asrani, died after prolonged illness in 2015, pending trial.

According to the prosecution, Vora, who was out on bail during the pendency of the trial, had been in constant touch with Rajan before the incident.

The CBI, in its chargesheet, had claimed that Vora complained to Rajan about Dey, and instigated him to execute the conspiracy to kill him.

The accused were booked under various sections of the Indian Penal Code pertaining to murder (302), criminal conspiracy (120(b)) and destruction of evidence (204), and under provisions of the stringent MCOCA and the Arms Act.

All the nine persons convicted in the case will face a sentence under the MCOCA and IPC Section 302 – which imposes the maximum punishment of death penalty. They are also liable to pay a fine under IPC Section 302.

Defence advocates urged the court to show leniency towards the convicts on several grounds such as their age, that some of them had young children, or ailing parents to take care of.

They also argued that the present case could not fall into the category of the ‘rarest of rare’ – an essential factor to warrant the death penalty under the IPC Section 302.

The prosecutor, Pradeep Gharat, however, argued that rarest of rare or not, the fact remained that the nine persons had been convicted under section 302 and faced either the death penalty or imprisonment for life.

He said the court, while sentencing them, must keep in mind that it needed to send out a “strong message”.

He also urged the court to award “some part” of the fine imposed upon the convicts to Dey’s sister to help her.

Gharat claimed that Dey’s sister suffered from “some illness” and that the monetary assistance would help her live a better life.

“The victim was a journalist and represented the fourth pillar of our democracy. A journalist was attacked for doing his job, and a stringent note must be taken of this fact by the court. A strong message needs to be sent out to the public,” Gharat said.

Chronology of events in the J. Dey case

June 11, 2011: Journalist Jyotirmoy Dey (56) shot dead near Hiranandani Gardens in suburban Powai. A case of murder filed at the Powai police station and the probe transferred to the Crime Branch.

July 7, 2011: Provisions of the stringent Maharashtra Control of Organised Crime Act (MCOCA) invoked against the accused.

June 8, 2015: The court frames charges against 11 accused under Indian Penal Code (IPC) Sections of 120(b) (criminal conspiracy), 302 (murder) and 34 (common intention), along with relevant provisions of the MCOCA and the Arms Act.

October 25, 2015: Rajan arrested at Bali in Indonesia and deported to India. Later, lodged at Tihar Jail in Delhi.

November 7, 2016: Dey’s wife Shubha Sharma deposed before the court, tells he was tensed for a week before the killing.

April 3, 2018: The defence completes its arguments. The special MCOCA court reserves its judgement in case till May 2.