Barely a week after the Modi government brought in a set of draconian rules to restrict the freedom of digital news outlets, the northeastern state had become the first to use it to threaten the media.

New Delhi: Hours after a legal notice – issued to a news and current affairs platform in Imphal by making use of the Narendra Modi government’s new rules to ‘regulate’ digital media – resulted in nationwide outrage, the Manipur government decided to withdraw it. 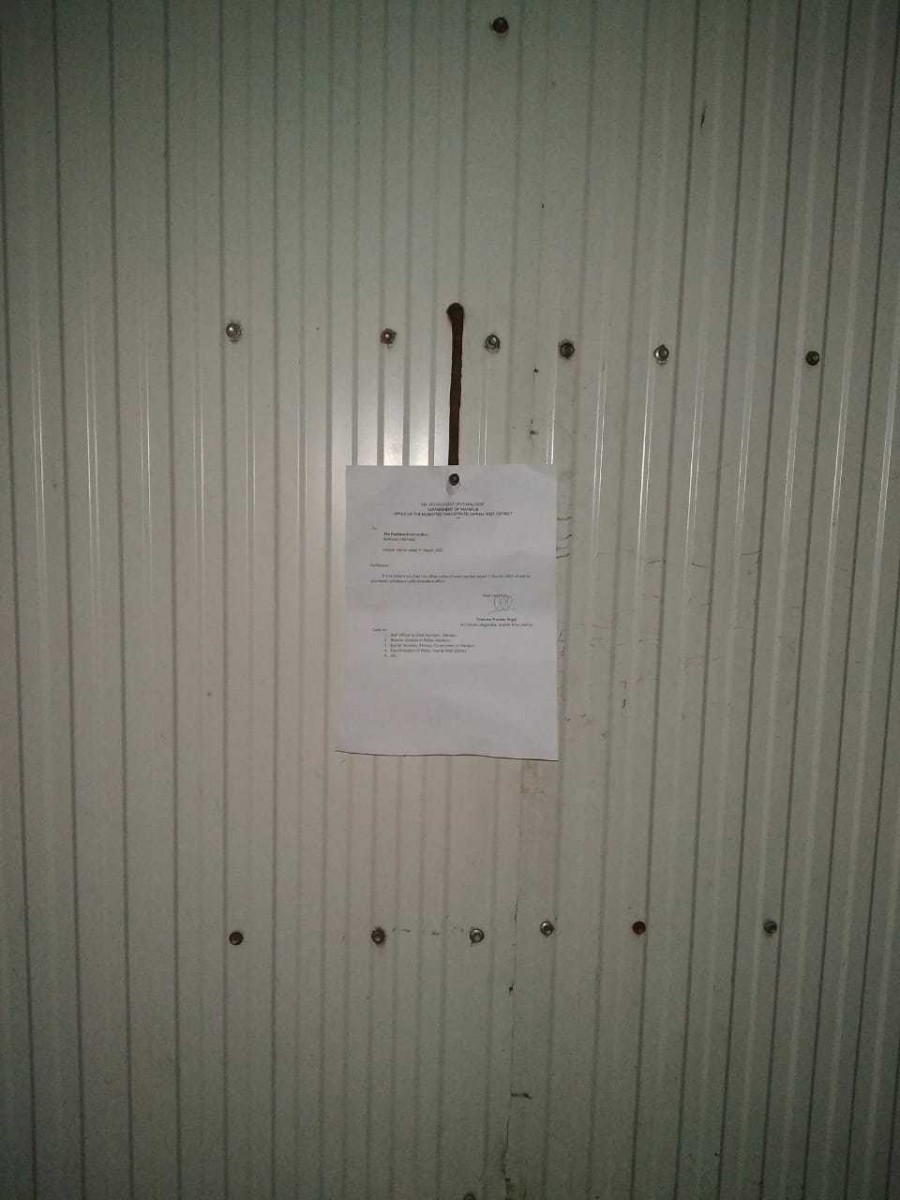 The withdrawal note pasted on the front gate of ‘The Frontier Manipur’. Photo: By arrangement

Paojel Chaoba, the executive editor of The Frontier Manipur, the Imphal-based news portal whose weekend show ‘Khanasi Neinasi’ was issued the notice under the new ethics code, told The Wire, “At around 6 pm. I found a notice pasted on the office gate. It said the earlier order stood withdrawn. It is signed by the same district magistrate of Imphal West Naorem Praveen Singh.”

At around 9 am, on March 2, around six or seven policemen had arrived at Chaoba’s office-cum-residence to deliver the notice dated March 1.

Addressed to the “publisher/intermediary” of ‘Khanasi Neinasi’, it said that since they have been “providing online services on news and current affairs on the social media platform through the Facebook page Khanasi Neinasi”, they were “directed” to “furnish all the relevant documents showing” that they had ensured compliance of the provisions of the Information Technology (Intermediary Guidelines and Digital Media Ethics Code) Rules, 2021, “failing which steps as deemed fit shall be initiated without further notice.”

The new rules have come under criticism from digital media publishers as they give unprecedented powers to the executive to regulate content on digital news media platforms on vague grounds. This can now be done without giving the publisher a hearing, unlike regulations for print and electronic media houses.

Also significant is the fact that the show is hosted on Facebook by Kishorechandra Wangkhem, a local journalist who has been facing the ire of the N. Biren Singh government since 2018. A number of cases have been slapped against him and he has been incarcerated three times so far.

Wangkhem has been in the Manipur government’s crosshairs ever since he uploaded a video on social media in 2018 which was severely critical of Prime Minister Narendra Modi, Biren Singh and the Rashtriya Swayamsevak Sangh (RSS). He has been in and out of jail under various sections of the IPC including sedition, and under the National Security Act. The Manipur high court had quashed those charges against him.

However, in September 2020, he was again taken into custody on charges of sedition and promoting enmity between different groups on social media. This past December, he was released from jail after two months of imprisonment.

Recently, Wangkhem, a well-known news anchor before he was arrested in 2018, was hired by Frontier Manipur as associate editor. 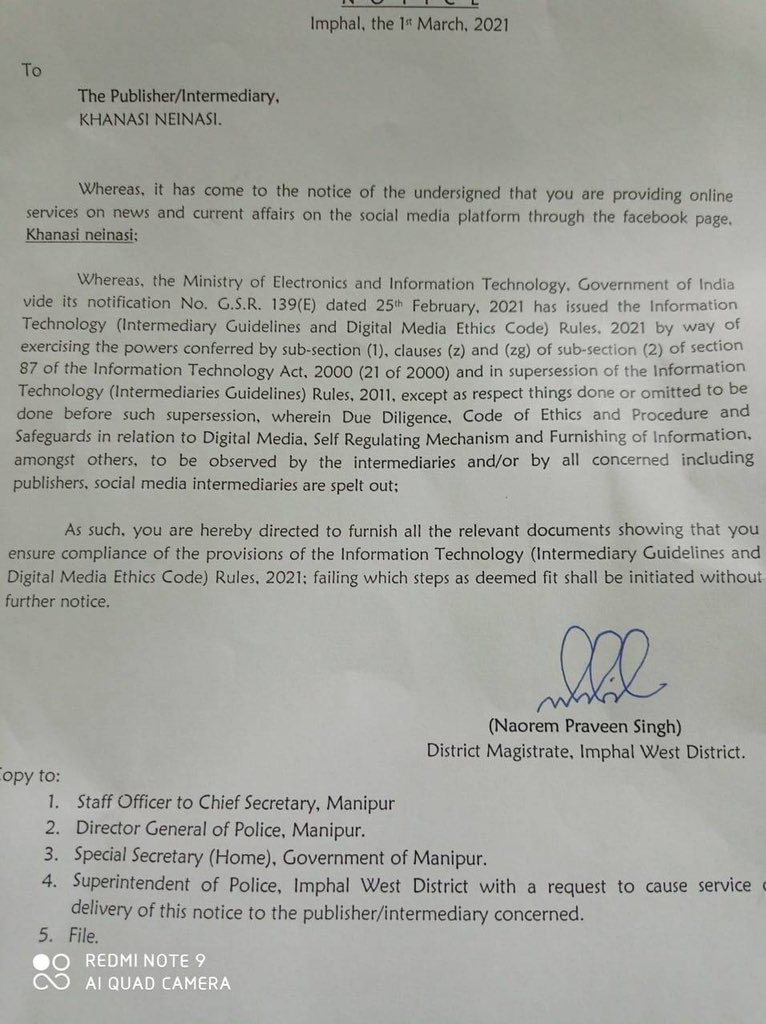 Late on March 2 evening, Kishorechandra told The Wire, “I too was served a copy of the notice on the morning of March 2 at my residence and similarly also delivered a withdrawal notice by evening. When the government has not yet readied the redressal mechanism for the new digital media regulations, how did the Imphal West district magistrate and deputy commissioner issue a notice under it? Was he under pressure from anyone to do so? If yes, who?”

He added, “I am inviting him to my show to answer these questions in public view. I will also take the legal route against the DC. How could he violate the procedures and harass me?”

They were detained by the state police based on an FIR filed by a police officer after taking note of an opinion piece the portal had published. Interestingly, the same article was published earlier by two local news outfits but no action was taken against them.

Chaoba was also detained for over 24 hours by the state police without presenting him before a district magistrate, which is mandated by law. 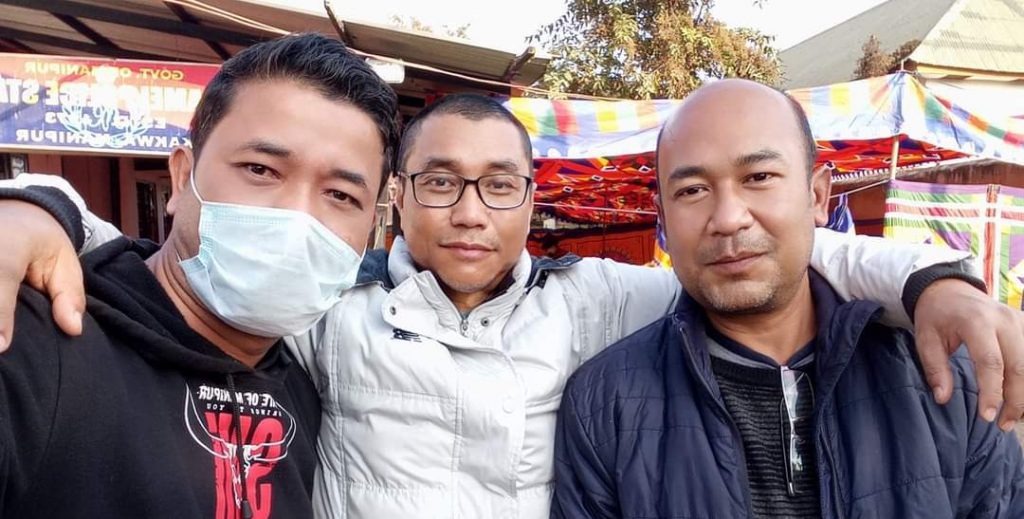 The Frontier Manipur portal has been extensively reporting on Manipur’s drug menace, a sensitive public issue in the state. It has been critical of the recent acquittal of an alleged jailed drug lord said to be close to the chief minister. For several weeks now, Manipuri women’s organisations and local community clubs have been staging demonstrations against the acquittal. Manipur state police officer Thounaojam Brinda, who had arrested the person, recently returned the chief minister’s gallantry award which she received for successful operations against the drug menace affecting Manipur society.

At the time, Committee to Protect Journalists Asia researcher Aliya Iftikhar had described the accusation of sedition against Dhiren and Chaoba for publishing an article as “ludicrous”. “This is a clear attempt at intimidation and controlling what the media reports,” Iftikhar said, adding, “Authorities should immediately drop the investigation into Chaoba and Dhiren and allow them to work freely.”

Chaoba said, “’Khanasi Neinasi’ is a weekend programme where the online discussion is primarily around freedom of speech. We get speakers not only from Manipur but from elsewhere. So far, we have held four such discussions.”

Ironically, the last discussion was on the government’s new ethics code for digital platforms, during which the Manipur-based independent journalist Grace Jajo spoke about an incident that she had faced at the hands of the state authorities.

Jajo said she was not allowed to enter the state assembly to report on the proceedings despite having a valid press card. The reason cited was a breach of privilege charge against her for sharing a news report on Facebook on February 20, which was about Frontier Manipur. The news platform had been issued a breach of privilege and contempt notice for reproducing statements made by the chief minister on the floor of the assembly. Grace had shared the news item with the comment, “Drama from the assembly”.

Prior to the delivery of the district magistrate’s notice to the “publisher/intermediary” of ‘Khalasi Minasi’ on March 2 morning, the state police had carried out two arrests – the chairman of a local company, Seven Salai, and an Imphal-based journalist who is also associated with the company. The Frontier Manipur’s show is co-produced with Seven Salai.

The duo were released on bail this February 26.

Note: This article has been updated with the news of the withdrawal of the order.