Police are yet to take action against Narayan Dutt Tripathi, who is understood to be close to former deputy CM Nirmal Singh. 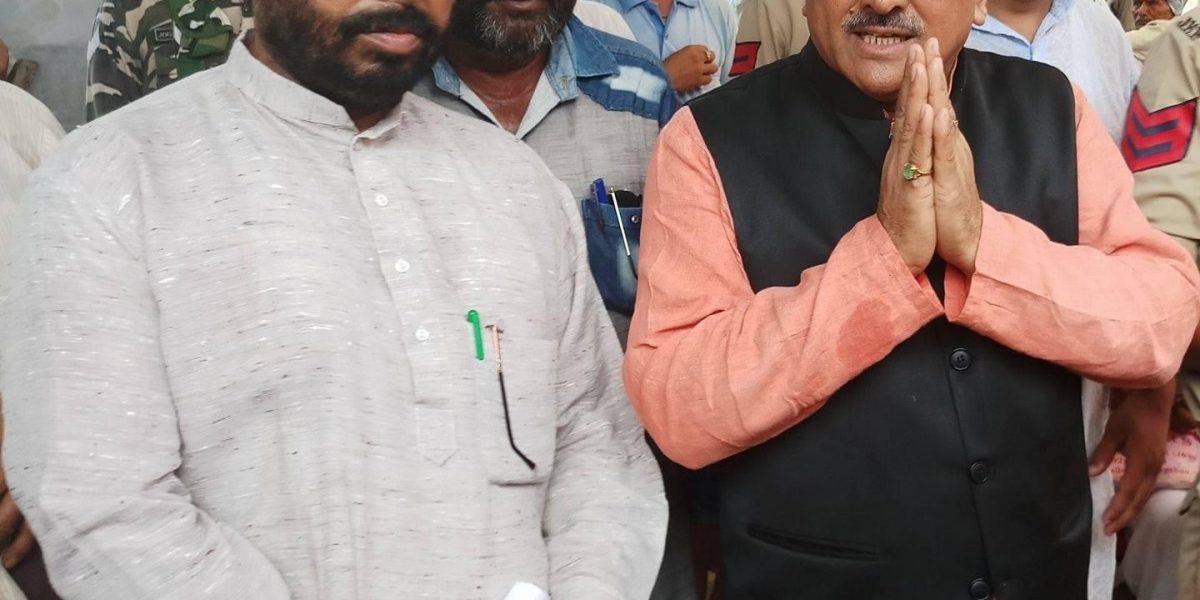 Srinagar: A Bhartiya Janta Party leader with ties to former Jammu and Kashmir deputy chief minister Dr Nirmal Singh allegedly assaulted a journalist in Kathua on Thursday, December 9 while his colleague, a woman, was also manhandled.

Narayan Dutt Tripathi, the accused BJP leader who is a member of Kathua’s District Development Council, was caught on camera coming out of his SUV, a Mahindra Scorpio, along with two more people, before allegedly attacking the two victims.

The incident took place in Ramkot area of Kathua on Thursday when one of the victims, identified as Dimple Verma, was interviewing the Congress leader and former J&K minister Dr Manohar Lal Sharma. He was accompanied by a woman colleague,  cameraperson Meenu Verma. The two work with Dainik Shiv Times, a Hindi newspaper based in Jammu. 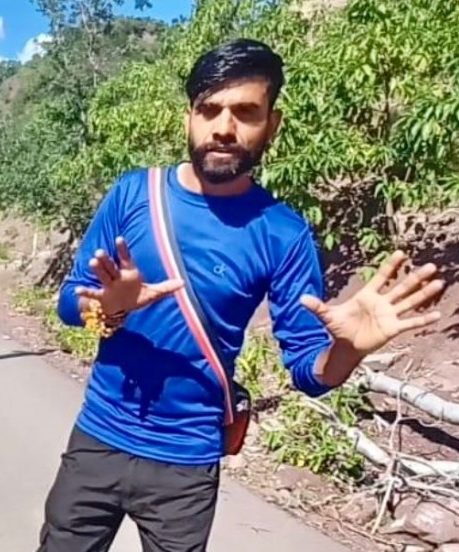 Speaking with The Wire, Dimple said he was interviewing Sharma, a top Congress leader in Jammu, about development in J&K and on the claim made by BJP leaders about the status of the Jammu Smart City project when Tripathi appeared at the scene with two associates.

The previous People’s Democratic Party-Bharatiya Janata Party government had selected Jammu and Srinagar cities under the Smart Cities Mission which was launched by Prime Minister Narendra Modi in 2015. The present dispensation led by Lieutenant Governor Manoj Sinha is hoping to project the “transformation” of the twin capitals under the Mission as a unique achievement since the reading down of Article 370.

According to officials, work under the mission, such as on the metro rails projects for J&K’s twin capitals, has been lagging due to multiple factors.

“First, he snatched the camera from Meenu. Then, without realising that it was still running, he turned to me and started punching and kicking me mercilessly, even though I kept telling him that I was only doing my duty,” Dimple told The Wire.

He said the BJP leader has in the past been featured in his newspaper and its digital page on “newsworthy” occasions, indicating that there was no particular prejudice against him.

“Be it the BJP or the Congress, our paper has covered all the good work done by governments. But it seems the truth doesn’t suit the BJP anymore, so they want to criminalise it,” he added.

In the video, Tripathi can be heard screaming, “What smart city, huh?…You can’t talk about smart city,” while appearing to assault the reporter.

Dimple said that at the time of the alleged assault, Tripathi was holding the camera which he had snatched from his colleague in one hand. As a result, he said, only the sound was captured while the BJP leader allegedly kicked and punched him.

Despite repeated attempts, J&K BJP president, Ravinder Raina and former deputy chief minister Nirmal Singh, who was accused of involvement in a land grab case in Jammu, could not be reached for comments. The Wire also tried reaching Tripathi for his comments but he was not available.

‘Crime to talk about public issues in J&K’

A senior Congress leader said they have approached J&K Police with a complaint against the BJP leader who, he alleged, has even manhandled Dr Sharma, the former minister, while attempting to prevent him from speaking with the reporter.

“It was only because of security personnel that the situation didn’t go out of hand. Otherwise god knows what could have happened. It is sad that the BJP is not allowing even a former minister to speak about the issues of J&K,” the Congress leader said, requesting anonymity.

“It has become a crime to talk about public issues in J&K. The BJP government wants to crush everyone. But law is equal for everyone and we are hoping that whosoever was involved in the attack is expeditiously punished,” the Congress leader said.

Akshit Mahajan, executive editor of Dainik Shiv Times, told The Wire that the news outlet has filed a complaint of assault at the local police station in Billawar but no action has been taken so far against the accused BJP leader, “Police told us that once any action is taken, we will be informed. So far nothing has happened,” he said.

A token protest was held by some journalists in Jammu on Friday and Saturday, demanding that police take action against the BJP leader for assaulting two of their colleagues. 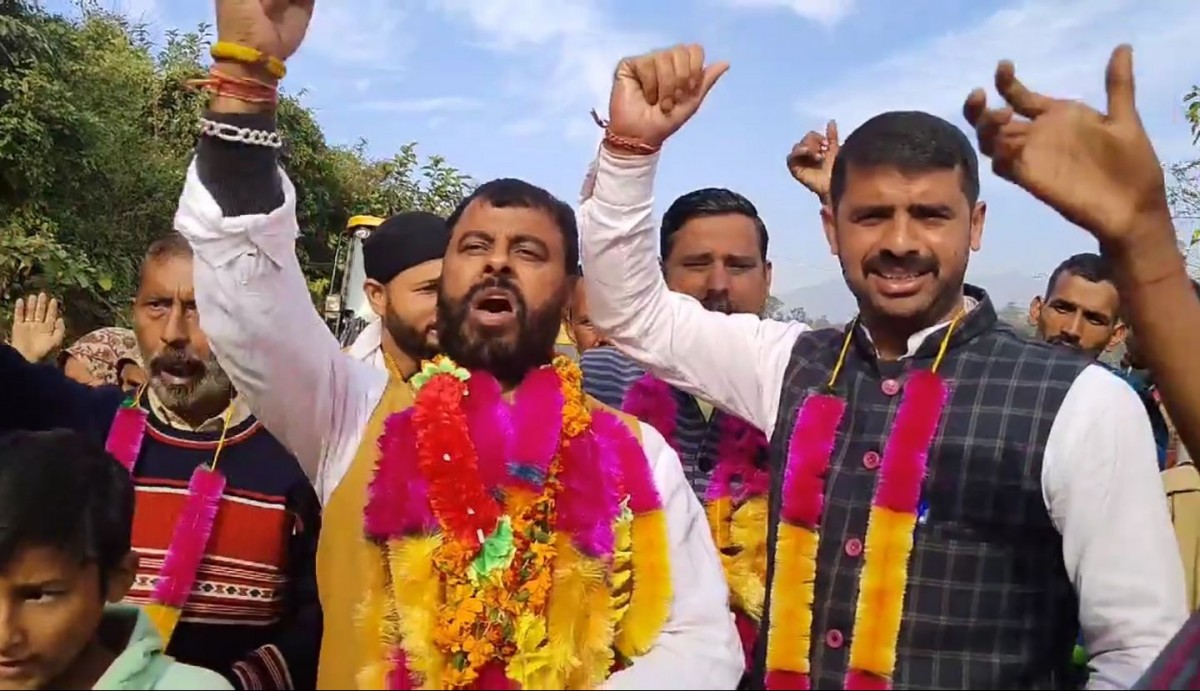 Senior Superintendent of Police (Kathua) R.C. Kotwal, told The Wire that police has started an inquiry into the case, “We have set up a team headed by the SDPO Billawar to probe the issue. Once we get the report, we will decide on the course of action,” he said.

Police sources said the BJP leader has alleged before police that it was the reporter assaulted him. “We are examining all the material in connection with the case. Action will be taken against anyone found guilty,” a senior police officer said.

Denying the BJP leader’s allegations, Dimple said he is in possession of video footage which “proves” that the BJP leader assaulted them. “There were only two of us, how could we assault him? Police should take action against him, otherwise I will go on a hunger strike,” he said.

The assault on a journalist in J&K by a ruling party leader comes at a time when India’s press ranking index continues to fall globally under the BJP-led Union government. In its latest report released on Thursday, the Committee to Protect Journalists said it was a ‘bleak year’ for press freedom around the world with India recording the highest number of journalist deaths who were killed in retaliation for their work.