After promoting a morphed photo of Iwo Jima and a doctored video of Kanhaiya Kumar, he now cites notorious Pakistani website to target NDTV 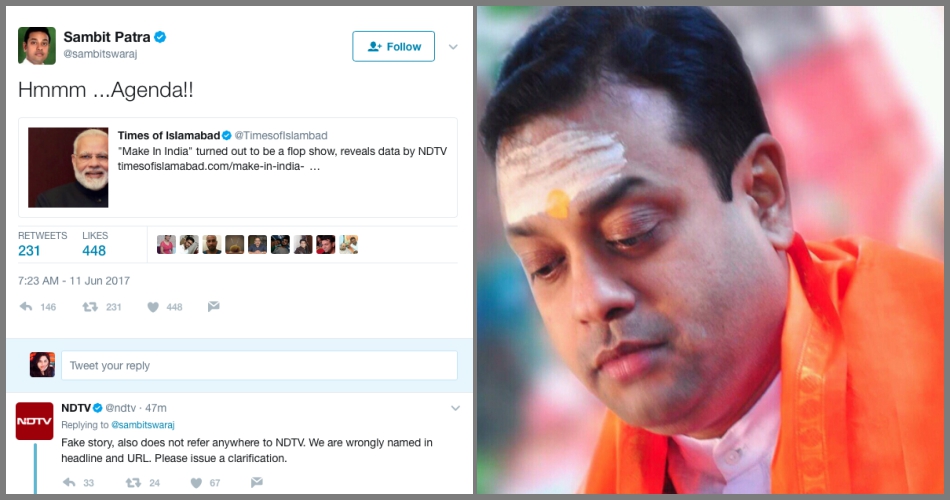 New Delhi: BJP spokesperson Sambit Patra, who was asked to leave the NDTV 24×7 show ‘Left Right and Centre’ by anchor Nidhi Razdan after he accused the channel of “having an anti-BJP agenda”, seems to be holding a grudge against the news channel.

Patra on Sunday fell for ‘fake news’ when he re-tweeted a story by the Times of Islamabad website on Prime Minister Narendra Modi’s ‘Make in India’ programme. 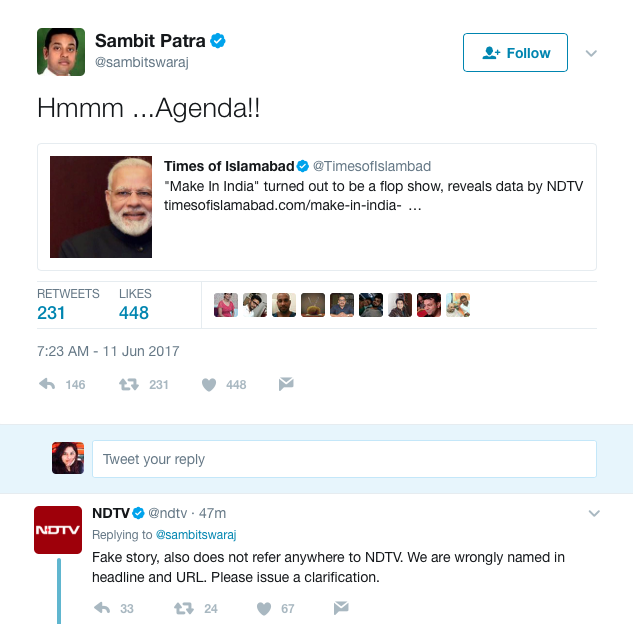 This is where things get a little tricky. The article was originally written by former finance minister P Chidambaram for the Indian Express (IE) on June 11, 2017. However, at the time of republishing, the Times of Islamabad credited NDTV instead of IE. After being called out on Twitter by NDTV, the Pakistani website updated the story on its site and removed any reference to NDTV.

NDTV’s official Twitter handle was quick to point out that Patra’s accusation against the channel was wrong and asked him to issue a clarification.

Ironically, the site Patra used to ‘expose NDTV’s propaganda’ is infamous for running fake news stories about the BJP. 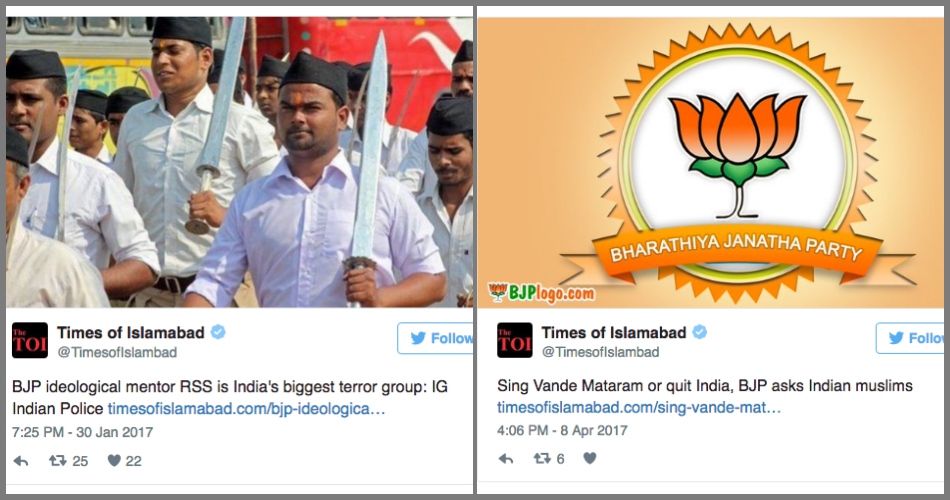 The Times of Islamabad, which is a Pakistani website and not a newspaper, also ran a story on May 16 with a Srinagar dateline, which triggered BJP MP Paresh Rawal’s attack on author Arundhati Roy. Reacting to comments that Roy never made during a visit to Kashmir that never took place, Rawal tweeted that the army should use her as a human shield.

An investigation by The Wire proved how the fake news story, which originated in Pakistan, was used by pro-Hindutva websites in India to whip up nationalist sentiment against anybody critical of the way the Narendra Modi government has handled the Kashmir situation. Rawal was later forced by Twitter to delete the tweet.

Patra is a serial offender when it comes to using fake news to back his dodgy claims.

In 2016, the BJP spokesman, in order to score some brownie points during a debate on Times Now, showed a photoshopped image of Indian soldiers in Kargil. 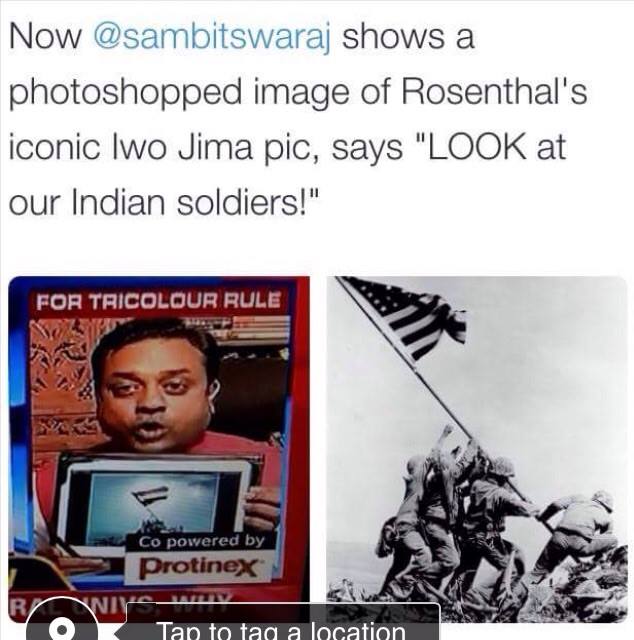 He used the same platform to broadcast a doctored video clip showing JNU student leader Kanhaiya Kumar shouting slogans in favour of Kashmir’s independence. When called out for airing the unverified video, the then Times Now editor-in-chief Arnab Goswami accused The Wire of running a “factually inaccurate” story. Later, the channel admitted airing the video.

Patra wasn’t the only BJP leader who fell for fake news this weekend. On June 10, the Hindutva-oriented journalist S. Gurumurthy – or, at any rate, a handle that is believed to be his – tweeted a post about singer A. R. Rahman’s stance on beef and religion. 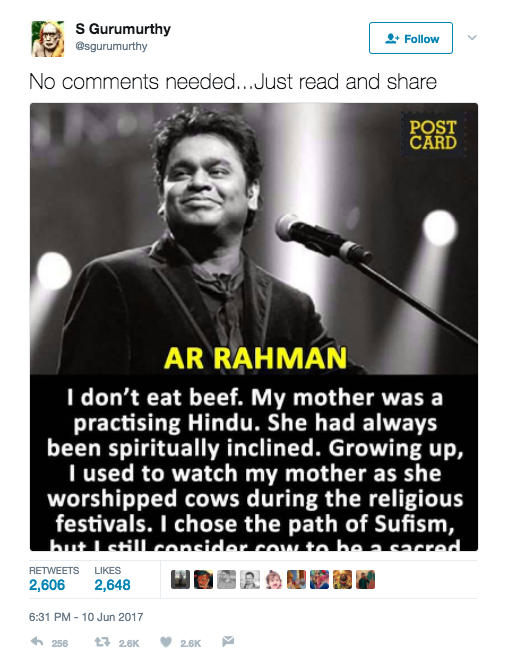 The tweet, which went viral and was retweeted over 2500 times, provided fodder for right wing Twitter users constantly in search of supporters to validate their idea of a ‘vegetarian, Hindutva model of India’.

Commerce and industry minister Nirmala Sitharaman was also one of those who retweeted this fake post, which was created by the pro-Hindutva website and serial fake news offender, PostCard.News.

How fake news spreads. Exhibit A. https://t.co/nQWlOZrKhB. Notice the time.

Sitharaman graciously un-retweeted the tweet and issued a clarification after the fake news was debunked by SM Hoax Slayer.

. @sgurumurthy, FYI : I am undoing my RT as this seems unverified information. Sorry about any confusion.

For more on fake news …