Kamal Shukla, editor of 'Bhumkal Samachar' newspaper published from Kanker, was booked after a Rajasthan man lodged a complaint against him with the Raipur cyber cell. 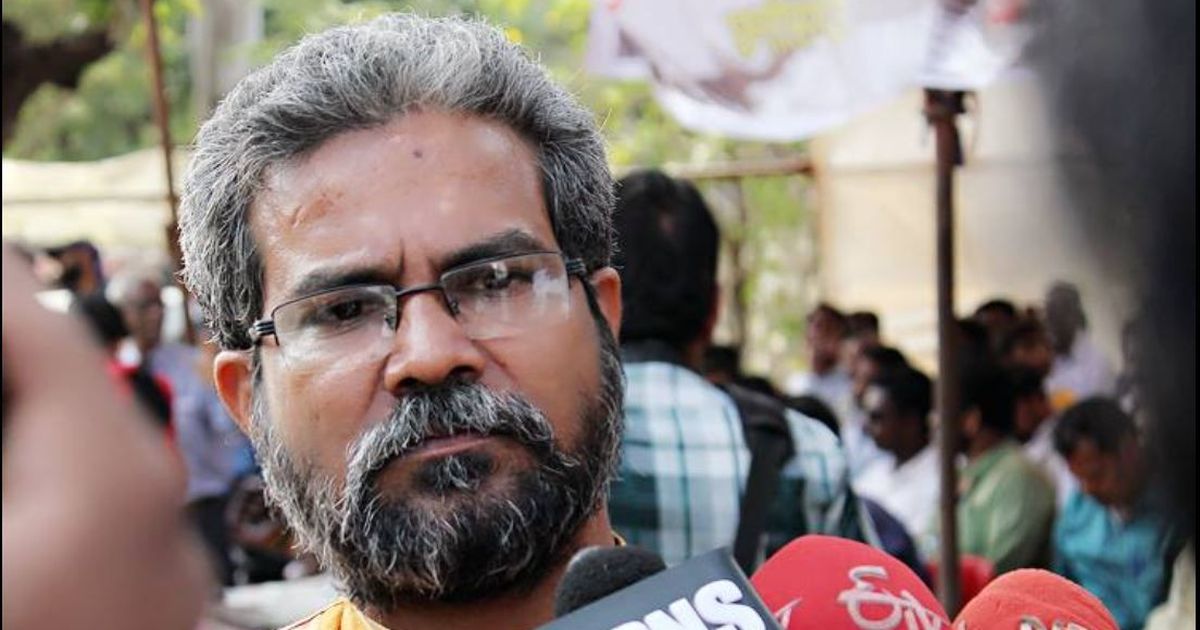 New Delhi: The Chhattisgarh Police on Monday charged a Bastar-based journalist, Kamal Shukla, with sedition for sharing a cartoon on Facebook that allegedly made derogatory references to the judiciary and the government, PTI reported.

The cartoon commented on the Supreme Court’s decision to reject petitions calling for an independent investigation into the mysterious circumstances in which special Central Bureau of Investigation judge Brijgopal Harkishan Loya had died in Nagpur were he had gone to attend a wedding. The late judge’s family, too, had demanded a probe.

“A case has been registered against Kamal Shukla under Section 124-A of the Indian Penal Code with Kotwali police station of Kanker district on the complaint of a Rajasthan-based person,” Superintendent of Police KL Dhruv told the news agency.

Dhruv said the man from Rajasthan had filed the complaint against Shukla with the Raipur cyber cell, which transferred the case to Kanker police.

Shukla is the editor of ‘Bhumkal Samachar’ newspaper, published from Kanker.

Shukla told PTI that the cartoon he shared on Facebook related to the SC’s observation on the alleged mysterious death of judge B.H Loya.

On April 19, the apex court dismissed pleas seeking an independent probe into the death of judge Loya, who was hearing the high-profile Sohrabuddin Sheikh encounter case. The accused in the case included BJP president Amit Shah.

“People across the country are expressing their views on the issue and so did I. Nothing was offensive about the cartoon and nor did it amount to sedition,” Shukla said.

Shukla, however, insisted that he was being “implicated”, and said he was undeterred and would continue to “write honestly on issues that interest people.” Shukla claimed the authorities were unhappy with hm for raising questions about fake encounters n Maoist-affected Bastar region, the Times of India reported.

Shukla also writes for several local and national news portals, and heads an organisation – the Patrakar Suraksha Kanoon Sanyukt Sangharsh Samiti – which seeks a law to protect journalists in Bastar region, says a report by the Hindustan Times.

Although Shukla could not be reached for comment, a post uploaded on his Facebook page claimed that he was targeted by right-wing activists in an attempt to prevent him from “exposing” the government ahead of the Chhattisgarh assembly elections. “I will continue writing (to protect) our democracy,” he added, according to Hindustan Times.

In Baster region, over 10 journalists have been booked under various sections of the Indian Penal Code, including sedition, in the last few years. In March 2017, an FIR was filed against another journalist Prabhat Singh on charges of defamation among others for sharing a message on WhatsApp about interactions of the then Bastar police chief S.R.P Kalluri.

Earlier in 2015, two journalists, Somaru Nag and Santosh Yadav, had been arrested by Bastar police on charges of supporting Maoist rebels. They had denied the charges and alleged that they were being framed by the police for reporting on police excesses.